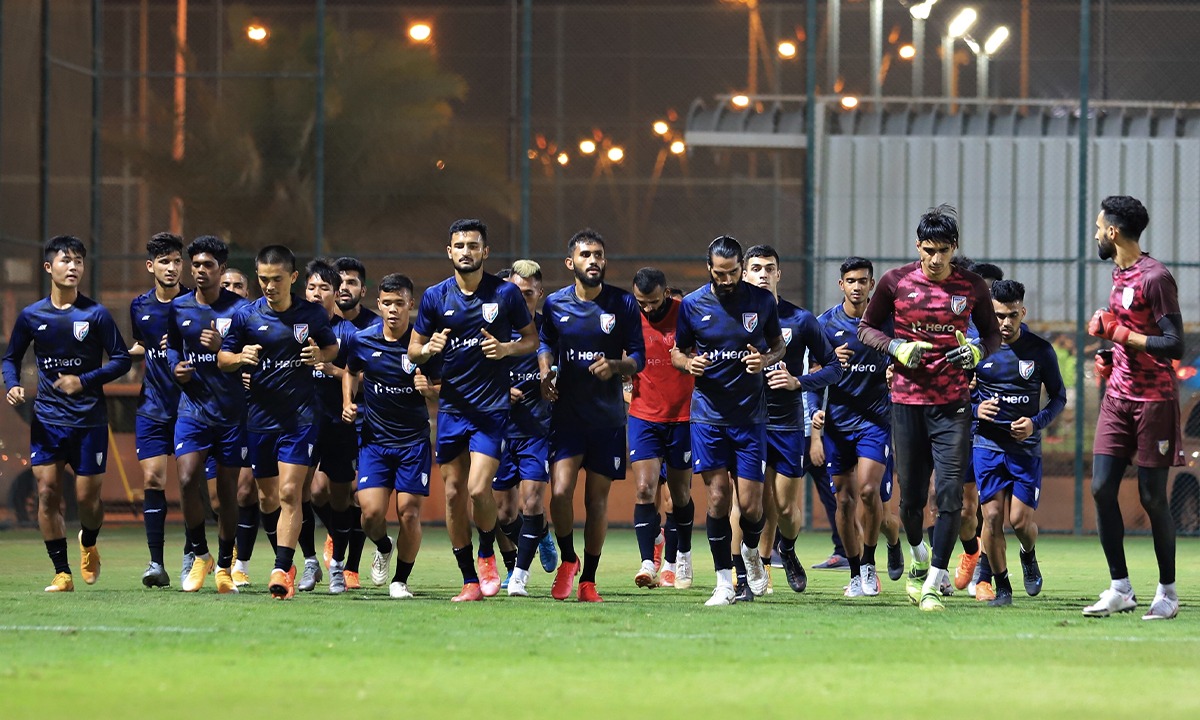 A day before facing off against Qatar in the last lap of the FIFA World Cup qualifiers, Indian youngsters trained hard as they geared up for the showdown. This match was supposed to be played in India with the Indian crowds behind them. But owing to the pandemic, they lost the hosting rights and some crucial warm-up games as well. The last time they faced Qatar, it ended goalless in Doha in one of the historical results by the Blue Tigers in the recent past.

Calmness in the training camp

“The situation was different then. The situation is different now,” goalkeeper Gurpreet Singh Sandhu, who had captained India on that day besides putting in an inspiring performance, quipped. “We had headed into Doha after a longish camp. The tempo was exceptionally high despite the defeat against Oman in the previous match. In the past few days in Doha we have picked ourselves up besides getting ready for not just Qatar, but the two other matches which are to follow,” he added.

The team news stated in the afternoon that midfield pivot Rowllin Borges suffered a hamstring injury and remains doubtful for selection. The rest of the squad fought it out to make the cut into the final 23 for Thursday’s match.

Reliance on the youngsters

Head coach Igor Stimac understands the significance of the upcoming three matches, and is aware of the commitment of his boys. “I reiterate, they are all good professionals, and I don’t have much of a task in keeping them motivated,” he mentioned.

“The boys have been working hard with full commitment on the training pitch. They know that they are representing their country, and they will do everything possible to defend the India colours.” At the hotel lobby, members of the Afghanistan team support staff exchanged pleasantries, and enquired about the current age of the Indian squad. “It’s such a young squad you have,” they said in unison. “Very young squad, such young boys.”

A horde of volunteers from different nations enquired as to where Sunil Chhetri is. The bio-bubble norms prevented them from walking up and taking a selfie. They had to be content with a distant view of the Indian stalwart.

The last time in Doha Sunil Chhetri had contracted viral fever and was confined to the hotel room, preventing him from taking the pitch. This time, he was omnipresent – leading the warm-ups and the gym sessions, running up to have talks with Manvir, Gurpreet, Sandesh, and others.

“Qatar is one of the top teams in Asia,” Sunil said. “They have had some decent results against top European and South American teams in the recent past. The last time we took a point against them makes us confident as a team. We understand that they will come out all guns blazing at us, and we need to stick together as a team,” he expressed

“We have not played to our potential. It’s time to raise our hand and play the way we want to. Nothing is easy in International football. But you need to do it yourself,” Sandesh Jhingan smilingly said before boarding the team bus.

The kick-off on June 3 (Thursday) is at IST 10.30 pm, and all of India’s matches will be telecast live in India on the Star Sports Network and be streamed on Disney Hotstar and Jio TV.