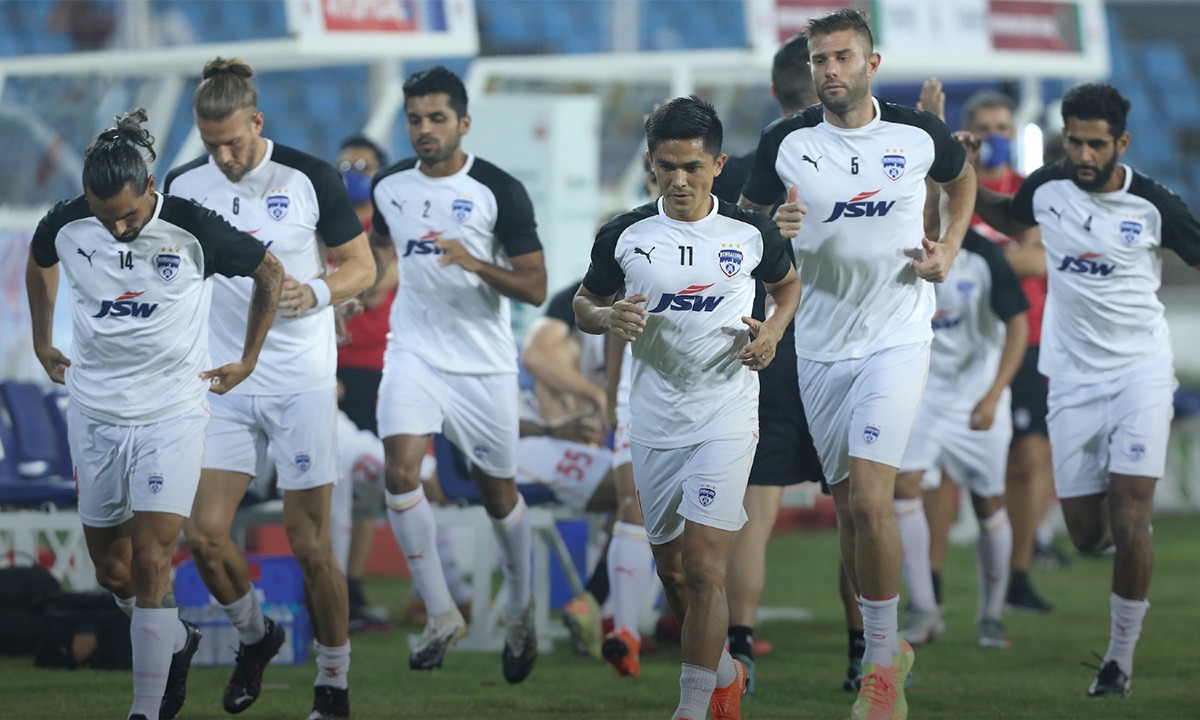 Bengaluru FC are well known for their dominant approach in the Indian Super League over the years. Unfortunately, the 2020-21 season was full of demise for the Southern side. Today, Football Monk looks into the key reasons behind Bengaluru’s unsuccessful campaign in the ISL.

In the 2019-20 season, Bengaluru brought Manuel Onwu to replace their prolific striker Miku. But it didn’t end up very well. After a poor start, Onwu was loaned to Odisha FC. Though ironically, he later scored seven goals in 10 games for the Bhubaneswar sid, and made the matters worse for Bengaluru FC head coach Carles Cuadrat.

In the previous season, the Blues brought in two more forwards including Norwegian Kristian Opseth and Brazilian Cleiton Silva. Silva looked promising, bringing creativity to the attack. He scored seven goals in his 18 appearances. But, Opseth rarely made it to the first XI, scoring only once in the entire campaign.

#4 Distance between the board and the coach

Bengaluru’s board let players like Albert Serran and Nishu Kumar go. They were key figures in Cuadrat’s defensive approach.

“The change of players makes me try and teach the new players to play the game in the way we want them to play. The club this season decided to change the defence and our defence was the best last season and did not concede many goals. I have to respect the decisions, I am a worker at the club and the club decided to release Nishu Kumar and Albert Serran,” said Cuadrat after the game against Mumbai City. It happened to be his final match as head coach of Bengaluru FC.

Though they signed some defenders like Fran Gonzalez, Pratik Chaudhari and Ajith Kumar, they hardly produced the same level of performance as their predecessors.

Bengaluru FC previously maintained quite a reputation as the most dangerous side to play against. Even in the last couple of years, their goal count was only second to Sergio Lobera’s FC Goa.

However, the picture completely changed in 2020-21. Bengaluru FC scored most of their goals from dead-ball situations. They missed the creativity Udanta Singh usually provides down the flanks. For him personally, it was a poor season as well, as he managed to score only once.

Head coach Carles Cuadrat was sacked after three consecutive losses in early January. Naushad Moosa took over the role of head coach from there on. Previously he worked as an assistant to Cuadrat.

Moosa succeeded to get results here and there but the moral of the team was somewhat finished. After a defeat to ATK Mohun Bagan, he expressed his opinion.

“The way we started the game, we were really doing well till the water break. Then that penalty happened and the players lost the motivation and then you can see the frustrations, giving unnecessary fouls. We could have controlled that,” said Moosa.

#1 A Chance of Redemption

After the roller coaster ride of a season, finally there are some promising signs for Bengaluru.
Under new head coach Marco Pezzaiuoli they are looking forward for a redemption, to bring back glorious past of their history.

They have already had a strong start to their AFC Cup campaign with a thumping victory of 5-0 against Nepal Army. Rahul Bheke and Cleiton Silva both scored a brace and Chhetri scored the other. This campaign of continental tournament can be a great developing event ahead of the upcoming season of Indian Super League for Bengaluru FC.