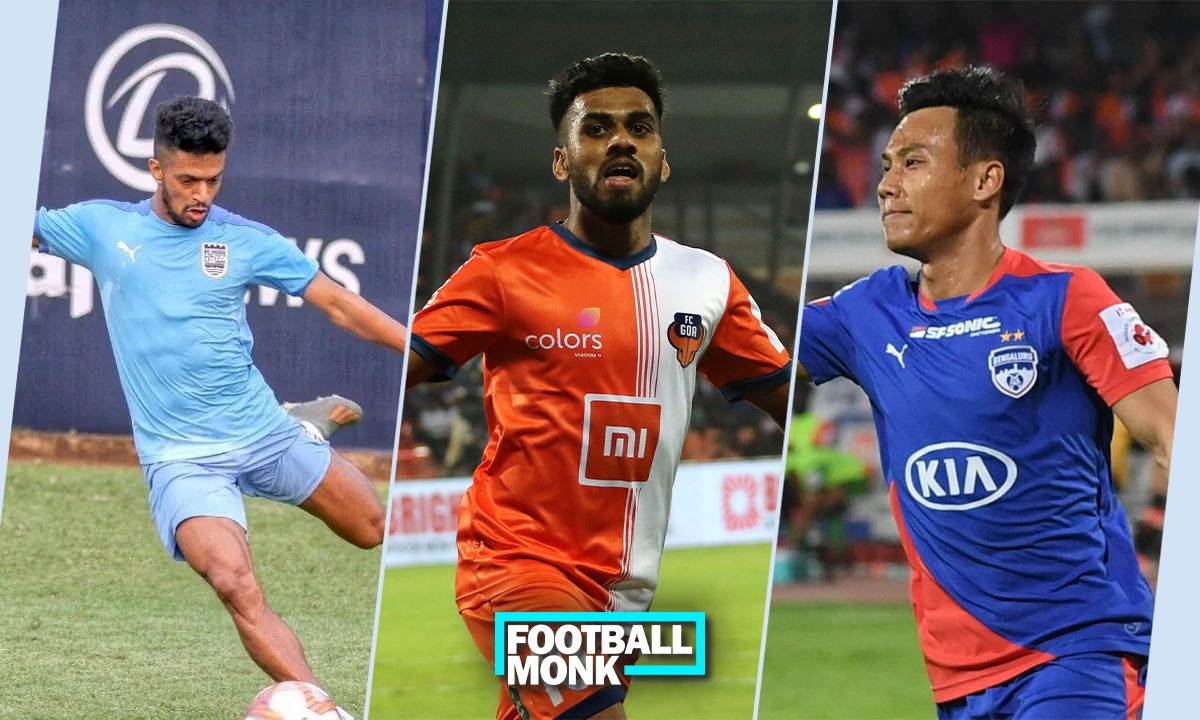 In a football match, the one who scores a goal becomes the center of attraction as it is often considered a tough job to do and indeed it is. But, the ones who create those goalscoring opportunities hardly get any limelight, which is very obvious considering the nature of the beautiful game. Nevertheless, we have got them covered as in this article, Football Monk takes a look at the top 5 Indian assist providers in the history of the ISL.

Udanta ranks 5th among the top Indian assist providers in ISL, with 11 assists to his name. The Indian international has been with the Blues since their debut season back in 2017 and has racked up all his 11 assists with them. He played a very crucial part in Bengaluru FC’s run to the finals twice in two seasons.

The first man to reach the centurion in terms of appearances finds himself in the 4th position for his 12 assists in 114 matches. Mandar initially played as a left-winger, but Sergio Lobera slotted him in the left-back position at FC Goa.

He made 97 appearances for the Gaurs before following the steps of Lobera to Mumbai City FC. In addition to his goal contributions, Mandar is a great leader on the pitch. Undoubtedly, Desai is one of India’s best assets on the left flank for the quality and versatility he brings to the table.

The Manipuri journeyman has 13 assists to his name in as many as 91 caps for five ISL clubs. Jackichand also joined Sergio Lobera at Mumbai City FC in the second half-season during the winter transfer window in a swap deal with Jamshedpur FC for Farukh Choudhary.

The 28-year-old is a hard worker off the ball and loves being fearless in the final third. Jackichand knows how to capitalize on his pace. Thus is an expert in terms of taking on defenders.

The only uncapped Indian to feature in the list ranks second for his splendid record of 14 assists in 63 ISL games. Out of his 14 assists, 10 of them have come in the colours of Odisha FC over the past two seasons. His stats for Odisha itself speak so highly of him and how much he has grown as a player.

What makes Jerry a bit more special than others is his ability to develop a synergy with the centre forwards of his team in no time. He also has one of the fastest-ever goals in ISL in just 23 seconds to his name. The winger has always been one of the more consistent Indian performers.

Brandon is the only non-winger/wingback in our list and tops the chart for the most assists by Indian players. He is also the second-highest assist provider in the league with 18 assists in 64 outings. Fernandes is a versatile midfielder who can also play on the wings.

It is safe to say that the Goan is an exceptional talent amongst the Indian players and having him in the team is a big positive. Brandon is known for his game reading skills plus his inch-perfect passing accuracy.