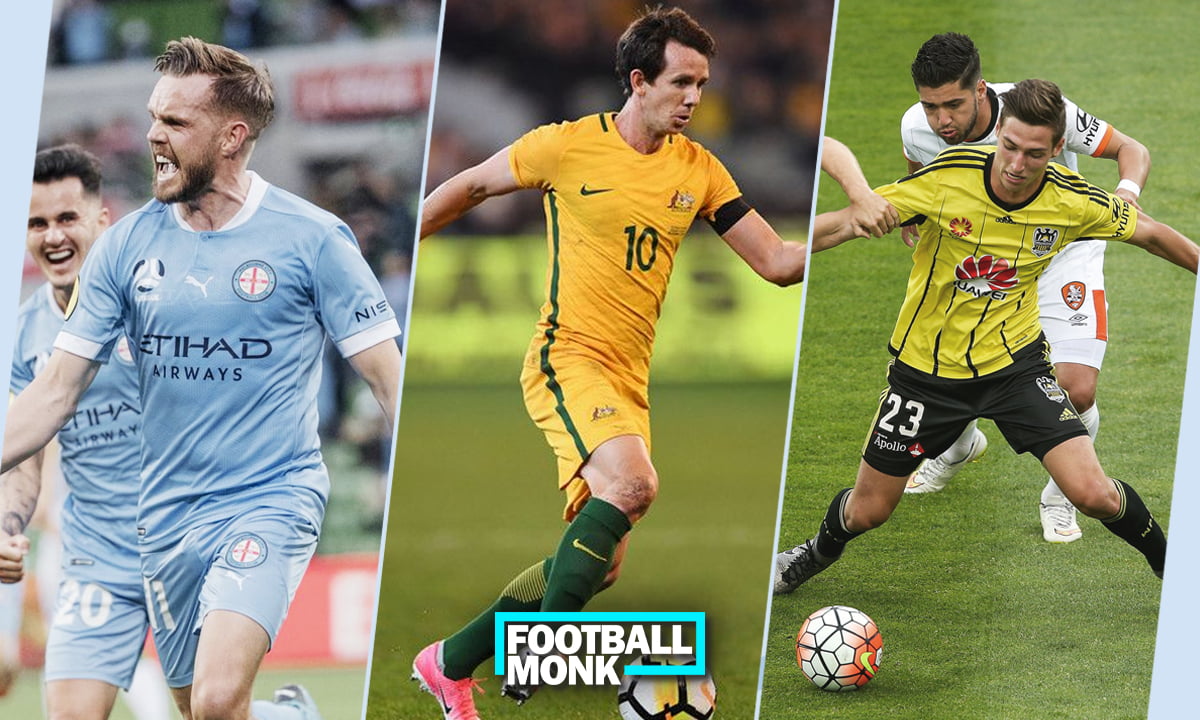 The Australian A-League has emerged as a favorable scouting ground for Indian clubs ever since the arrival of Roy Krishna and David Williams in 2019 and the numbers have been steadily rising. The recent cut in the salary cap of the A-League has also led to a significant number of arrivals to the Indian Super League from Australia. Thus, eyeing the success of the upcoming season, ISL clubs certainly have a lot of options for these players from the island nation to strengthen their armada. Let’s take a look at top five such players.

Our list starts with the talismanic Englishman Craig Noone who currently represents Melbourne City FC. Noone joined the club in 2019 and has represented City 42 times, netting 10 goals. Primarily a right-winger, Noone can also play from the left-wing as well as a centre-forward. His deadly crosses make him a tough man to defend against who is equally adept with both his feet. The 33-year-old has represented various English teams like Plymouth, Brighton, Cardiff City and Bolton Wanderers before coming to Australia.

Craig has been in wonderful touch this season, scoring five goals and registering eight assists in 21 appearances so far. With his contract running out this summer, Craig will surely be on the radar of a few ISL clubs.

Another Englishman on the list, 32-year-old Ryan Shatton represents the other Melbourne-based club Melbourne Victory and plies his trade as a centre-back and is well known for his strong physique. Ryan joined the ‘Boys in Blue’ in 2020, but has received limited game time, appearing in only eight games. Standing 6’3” tall, Ryan can also push up the field when needed during set-pieces. His ability to deliver long throw-ins adds to his importance on the pitch. Ryan spent most of his career in England, appearing for major clubs in the Premier League and the Championship before moving to Australia.

With 84% passing accuracy and 4.1 clearances per game to his name, he could be a valuable addition to any ISL squad. As stated earlier, Ryan made limited appearances this season and he will be looking to get some game time. Making a move to ISL might just be the perfect choice for him as well.

The third player on our list is Australian Robbie Kruse, who primarily plays as a left-winger. Kruse represents Melbourne Victory in the A-League as well as the Australian national team. Robbie Kruse played for Germany’s top teams like Bayer Leverkusen, Fortuna Düsseldorf and VfB Stuttgart before moving back to A-League. He played three matches for Australia in the 2018 FIFA World Cup in Russia. Kruse made 18 appearances this season for Melbourne Victory and has a solitary assist so far in the A-League.

Kruse comes with tons of experience and his presence in the dressing room will be a valuable asset for any team. ISL clubs can look forward to signing him as he runs out of contract with Melbourne Victory in June this year.

A promising midfielder, Nathan Konstandopoulos is one of those specially gifted central-midfielders who can contribute with goals as well. Born in Adelaide, Nathan represents Adelaide United in the A-League. He joined the club’s youth team in 2017 and gained promotion in the same year. He made seven appearances this season, mostly coming on as an impact substitute, netting twice.

A promising midfielder, Nathan has found getting game time tough this season. He could be a valuable addition to any ISL team’s midfield with his goal-scoring prowess. Nathan’s contract with Adelaide United ends in June this year.

The last name on our list is 25-year-old Matthew Ridenton who plays as a defensive midfielder for Wellington Phoenix and the New Zealand national team. A well-disciplined player, Matthew is known for his calm and composed approach and accurate passes. He appeared in eight games this season for Wellington Phoenix so far.

Matthew can be the perfect signing for any ISL club that is looking for a deep-lying playmaker. His ability to screen the defence and forming the central pivot on the field comes as an added advantage. Like others in the list, his contract with his current club also comes to an end in June this year.