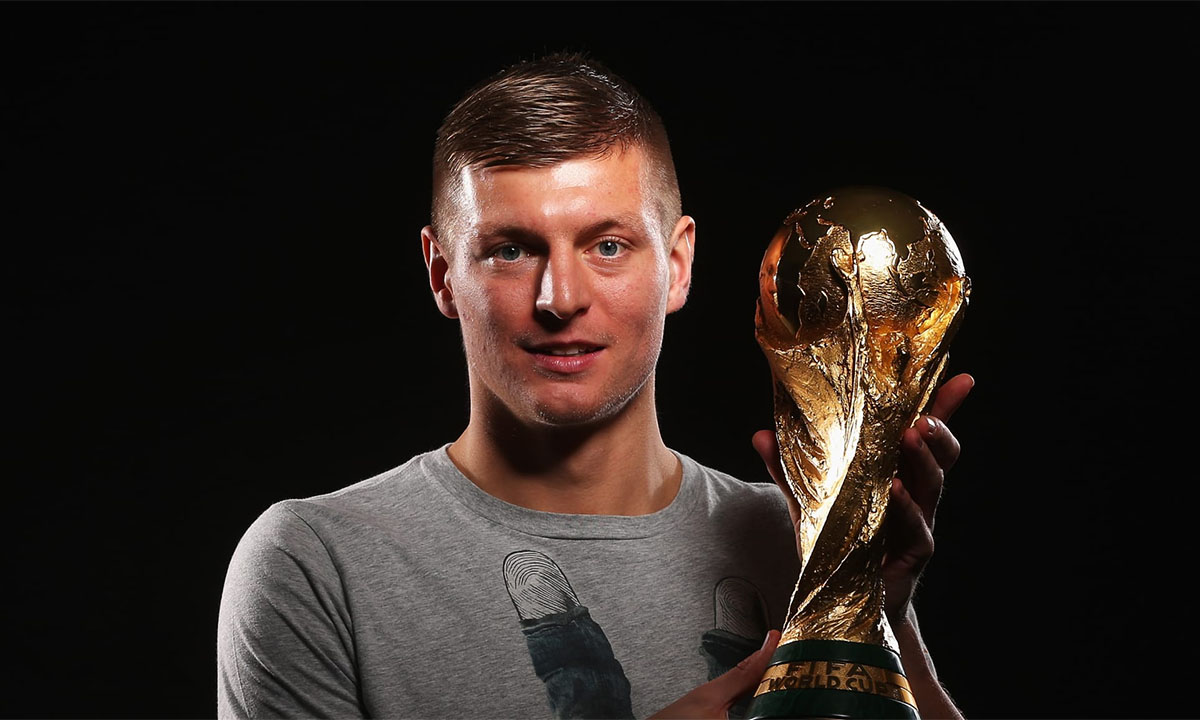 Toni Kroos has recently announced his retirement from the national team following the EURO Round of 16 defeat against England. The German midfield general has played for the national team on 106 occasions scoring 17 goals and assisting 19 others. His illustrious career for the national team includes the epitome of footballing success, the World Cup Trophy of 2014. On this occasion, Football Monk looks back at the top 5 of his performances for Die Mannschaft.

Kroos made his debut in the national team back in 2010. So, during these Qualifiers, he was still a very young member of the squad. Toni Kroos came in as a substitute in this match in the second half. But he had an instant impact on the match. Kroos scored 2 goals which led to Germany’s massive victory of 6:1 over Ireland. It was an early glimpse of his brilliance which would, later on, flourish in the World Cup.

Kroos had a great start with Germany to their 2014 FIFA World Cup campaign. Their first match in the group stage was against a starstruck Portuguese team, which will go on to win the European Championship two years later. But Germany can out with flying colours in the match. Thomas Müller stole the show on that occasion with a hattrick as Germany defeated Portugal 4 goals to nil. Although, Kroos played an important role that day, as he assisted two of those four goals and dominated the midfield in the entirety of the match.

Although Brazil was missing key players like Neymar Jr., Willian and Thiago Silva in that match, it’s never easy to outclass the heavyweights in their own backyard. But Germany did it in a quite remarkable fashion. They won the semi-final with a staggering score-line of 7:1. Toni Kroos was one of the main orchestrators of that event. He scored two brilliant goals and provided an assist, that night. With that invincible run, Germany went on to win the World Cup against Argentina, to add a fourth star to their crest.

Germany entered the tournament as the World Champions. Although their first match against Mexico wasn’t the start they were looking for. Germany lost that match at 1:0. The match against Sweden was their second one in the group. It became a do or die situation for the Germans to survive in the tournament. But the match was on the verge to end in a 1:1 draw. The 82nd red card of Jerome Boateng didn’t help them either. However, Kroos turned out to be the saviour for the Germans. His 95th-minute free-kick curved into the far top corner and gave Germany a crucial victory in that match.

Germany faced Belarus in Group-C of the qualification round for the UEFA EURO 2020. Germany went on to have a comfortable 4:0 victory over Belarus. Kroos yet again orchestrated the midfield on that occasion and made Germany’s path to victory an easy and comfortable one. Kroos assisted one goal while scoring two others in a man of the match performance Borussia-Park Stadium in Monchengladbach.