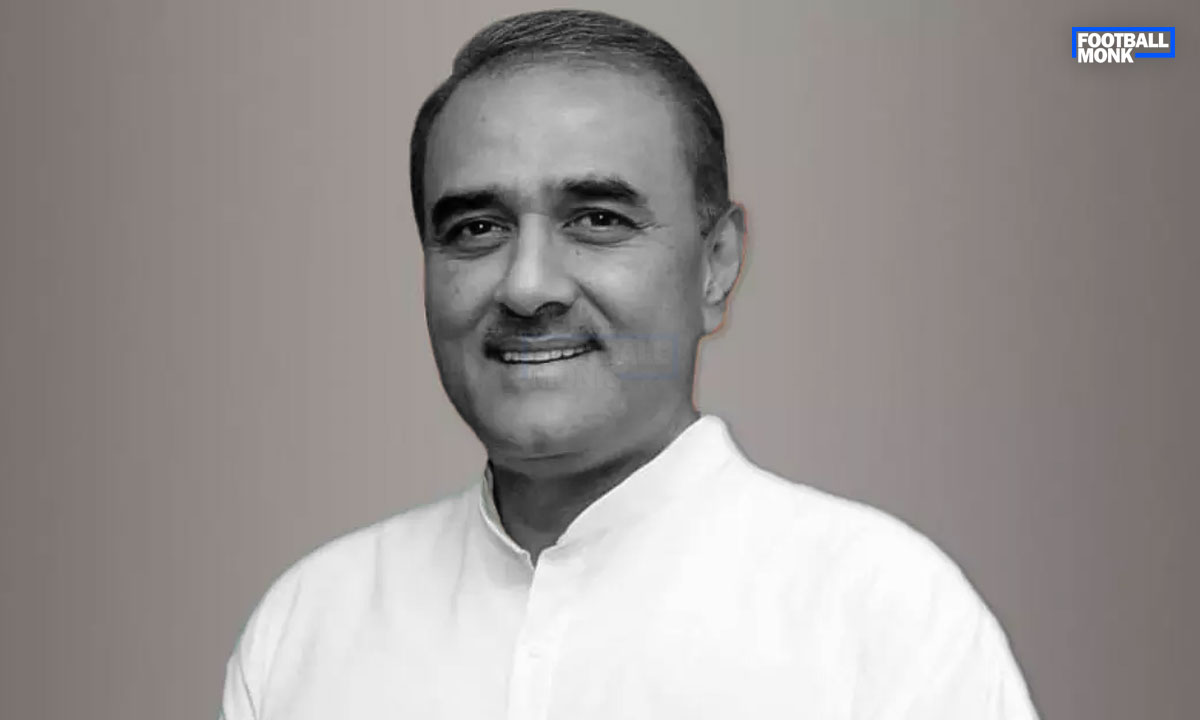 The Supreme Court on Wednesday appointed a three-member Committee of Administrators (CoA) to manage the affairs of the All India Football Federation (AIFF). And the adoption of its constitution in line with the National Sports Code and model guidelines.

The top court said the current state of affairs is not in the interest of proper governance of the federation.

It directed the CoA to forthwith take charge of the AIFF and assist the court by providing inputs to the court in facilitating the adoption of the constitution by the AIFF in accordance with the National Sports Code and model guidelines.

The bench said the COA will prepare electoral rolls for the purpose of conducting elections to the executive committee of AIFF as per the constitution to be submitted by the two-member committee (ombudsman) of Qureshi and Ganguly.

The top court clarified that this is a pro-tem arrangement in order to facilitate the holding of elections and handing over the affairs to the democratically elected body in accordance with the constitution.

It added that it is anticipated the elections are held at an expeditious date.

On May 12, the top court had agreed to hear a plea of the Delhi Football Club alleging the illegal continuation of a committee and Praful Patel as president of AIFF for over a decade.

The top court was told by lawyer Prashant Bhushan that an illegal committee is continuing to head the AIFF due to the non-hearing of a petition of the football body against the 2017 decision of the Delhi High Court.

“In 2017, the last election of the football federation was set aside by the Delhi High Court. When an SLP was filed in this court, this court appointed a committee headed by former election commissioner and sports secretary Qureshi to prepare a Constitution for AIFF in accordance with the sports code. Even that has been done long ago,” Bhushan had said.

Earlier, the Sports Ministry filed an affidavit in the Supreme Court saying that Patel has no mandate to continue as AIFF president as he has already served three terms and the national body should hold elections without further delay.

The affidavit was filed concerning a Special Leave Petition (SLP) filed by the AIFF, and the sports ministry.

“…the term of the existing committee (of AIFF) is already over, and the existing president (Praful Patel) has completed more than 12 years as president, the petitioner (AIFF) should hold elections without further delay as per extant instructions contained under Sports Code and the instructions issued by the answering respondent (sports ministry) from time to time,” the ministry’s affidavit said.

Patel completed his three terms and 12 years as AIFF president in December 2020. This is the maximum permitted to a national sports federation (NSF) chief under the Sports Code.

The AIFF, however, did not hold the elections, citing a pending petition in the Supreme Court regarding its constitution.

The AIFF had moved an application in the Supreme Court only a month before its elections were due, seeking certain clarifications on the status of its constitution, which was under scrutiny in the top court since 2017.

In 2017, the Delhi High Court had set aside the election of Patel as AIFF president (in the 2016 AGM) on a petition by senior advocate Rahul Mehra.

But the Supreme Court had stayed the high court decision, allowing Patel to continue in his role, while also appointing Qureshi and Ganguly as administrators and formulating the AIFF constitution.

In February, at the AIFF AGM in Mumbai, Patel had finally agreed to constitute a committee to look into the matter.

The three-member committee was asked to submit its report in three months.