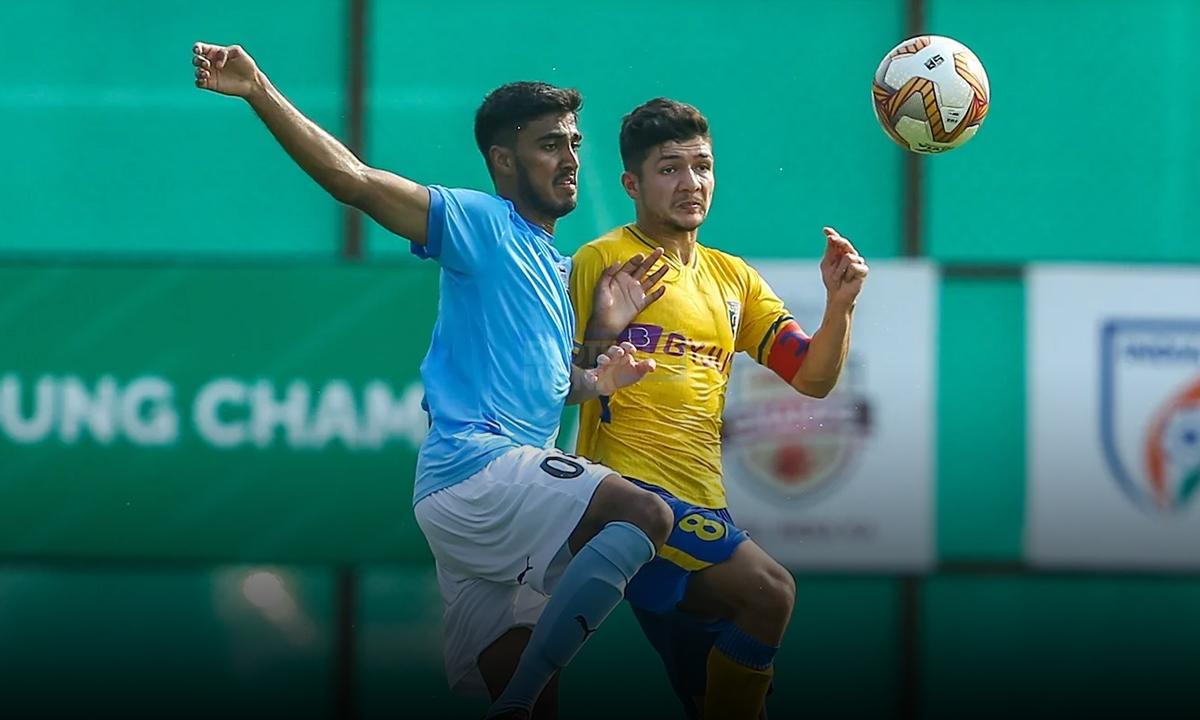 Adhikari scored in the fifth minute to hand his side the win at Nagoa Ground while later in the day, an own goal from RF Young Champs’ defender Shivaldo Singh (62nd) and another in the space of two minutes from Bishnu Bordoloi (64th) cancelled out Razibul Mistry’s (32nd) first-half goal from the penalty spot, ensuring Hyderabad their first win of the campaign at Benaulim Ground.

Kerala continues their winning momentum in the RFDL

Adhikari, an important part of Kerala’s Hero Indian Super League season in which they reached the final, led from the front with an all-round display, the midfielder taking only five minutes to help his side take the lead out of nothing, albeit the Mumbai City FC goalkeeper Bishal Lama making it easier for him.

Collecting the ball in the middle of the park, the 21-year-old drilled a long-range effort that went through the keeper’s hands and into the back of the net.

The game meandered on after the goal as both sides tried to win the battle in midfield, Mumbai struggling to keep pace with Adhikari and Sanjeev Stalin, slotted in the middle just ahead of his captain with Adhil Ashraf playing at right-back.

Chances were few and far between for both teams, Kerala’s Adhil Ashraf forcing Mumbai keeper Lama into a good save one minute before halftime.

Lama was called into action soon after the break, Nihal Sudeesh pulling the trigger from inside the area for the keeper to parry the ball away for a corner. Mumbai’s first chance of the game fell to substitute Aman Sayyed whose close-range effort was well saved by Sachin Suresh under the Kerala bar.

Mumbai had another chance to draw level but substitute Sheldon D’Souza shot over. The Islanders gave a better account of themselves in the second half but lacked the finishing in the final third, meaning they succumbed to their second straight defeat.

Hyderabad notches up their first win

Later in the day, RF Young Champs gave a spirited account of themselves by keeping a barrage of Hyderabad attacks at bay, C. Lalchungnunga, and the brilliant Abdul Rabeeh hitting the crossbar and base of the post respectively inside the opening half an hour.

RF Young Champs goalkeeper Ranit Sarkar also pulled off an important save in between to deny Hyderabad’s Abhijith Pa as the Shameel Chembakath-coached team kept knocking on the door. RF Young Champs’ dogged display paid off as a well-worked move saw Mistry tripped inside the box by Rabeeh, the striker stepping up to take the spot kick, and despite Bikaka Jongte getting a fingertip to it, firing home from 12 yards.

Hyderabad upped the ante after the break and their intentions paid off two minutes after the one-hour mark, Shivaldo turning in a Rabeeh cross in his own net. Two minutes later, the boys in yellow took the lead for the first time, smashing home after the keeper spilled the ball from a Abhijith pass. It was Rabeeh and Bishnu again with the spadework, capping off a superb evening for them and their team.