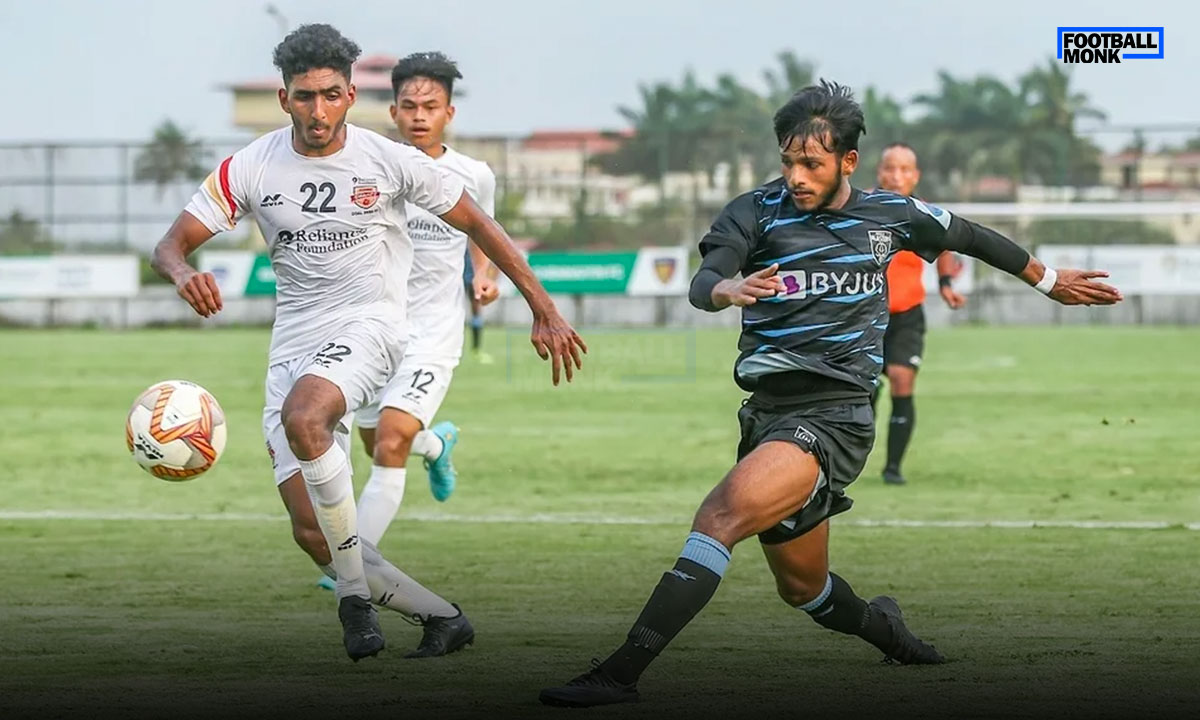 Kerala Blasters FC qualified for the Next Gen Cup with a convincing 4-0 win over Reliance Foundation Young Champs (RFYC) in the penultimate round of the RF Development League (RFDL) game at the Benaulim Ground here on Sunday.

Kerala have 15 points from six matches and join league leaders Bengaluru FC (18 points from six outings) to be the top two teams to book their tickets for the Next Gen Cup to be held in the United Kingdom.

Earlier in the day, FC Goa beat Mumbai City FC 1-0 to keep their top-two hopes alive but with Kerala’s victory, their along with Hyderabad FC and RF Young Champs’ aspirations went up in smoke.

Goals from Muhammed Basith (42nd), Nihal Sudeesh (47th), Vincy Barretto (76th) and substitute Sreekuttan (90+5) sealed the deal for the boys in yellow. RF Young Champs gave a good account of themselves, remaining in fifth place with seven points from six matches. They take on Goa in their last engagement on May 11 while Kerala and Bengaluru clash swords in the virtual title decider on May 12.

Santosh Trophy winner with Kerala and RF Young Champs graduate Basith opened the scoring, finding the back of the net from a tight angle after being set up by Givson Singh inside the box.

Kerala changed gears after the break, Sudeesh scoring off a rebound after RF Young Champs keeper Jackson Singh spilled a Givson effort from close. Sudeesh turned provider soon after, feeding Barretto who slotted past the keeper to make it 3-0 before Sreekuttan came off the bench to add gloss to the scorline, guiding the ball into an empty net after the keeper came out of his line.

In the morning kickoff, Brison Fernandes (64th) scored the winner for Goa in a game of few chances.

The game got off to a cagey start with both teams not creating enough chances. The best chance of the half fell to Mumbai close to halftime, Vincent Rayan seeing his effort from close blocked for a corner.

In the second period, Goa looked more enterprising and got their reward four minutes into the hour-mark. Brison, who was having a good game, slotted home a pass from Lalremruata H.P. to give the ‘home’ side the lead in front of their fans.

Goa got another chance to double their tally but substitute Salgeo Dias’ opportunistic lob over an onrushing Shetty came off the post.

Mumbai too got a gilt-edged chance to level proceedings right at the end of the game, skipper Nakul Shelke glancing wide a header from substitute Sarvesh Bangar’s cross.