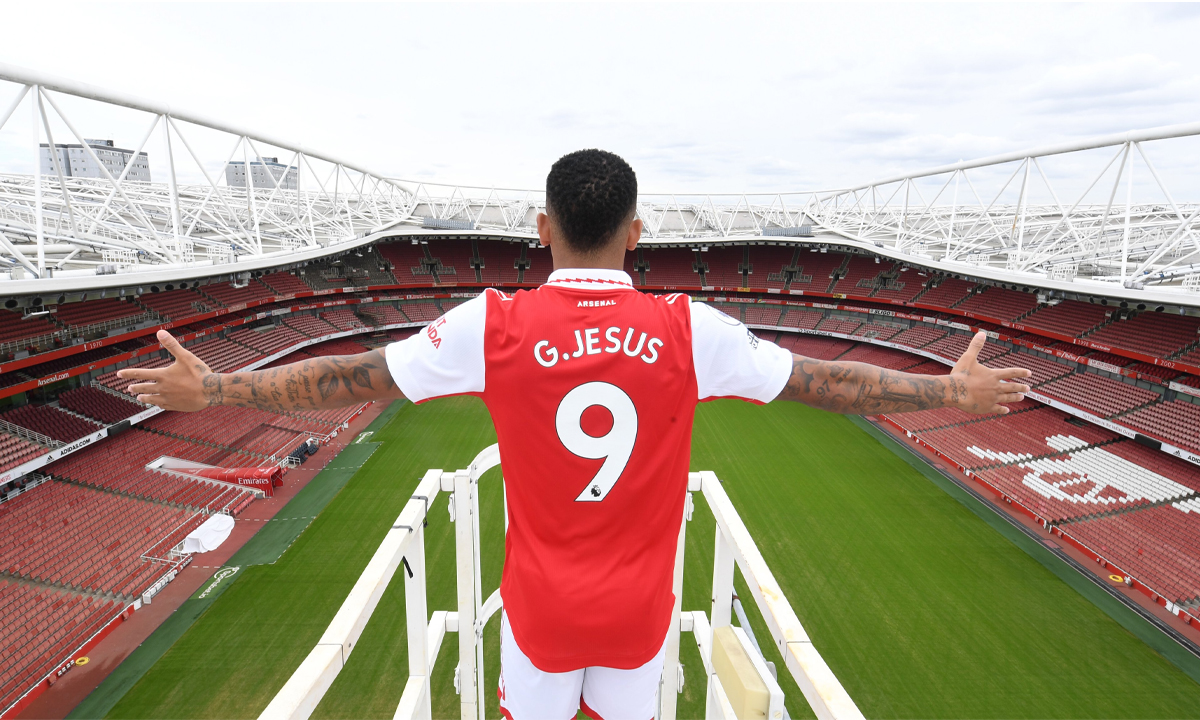 Financial details were not disclosed but British media reported the 25-year-old Brazil international was signed in a deal worth 45 million pounds ($54.54 million).

“I followed Arsenal when I was young because of (Thierry) Henry,” Jesus told Arsenal’s website. “Obviously, I didn’t follow too many European teams but when I saw some of the players that played here, I was like ‘wow, this club is big. When I played against Arsenal I was looking at the Emirates and it was a very good stadium, so I’m very excited to play here,” the Brazilian added.

The Brazilian racked up 95 goals and 46 assists at City but failed to nail down a spot in the starting lineup last season, scoring eight league goals as manager Pep Guardiola deployed a midfielder as a ‘false nine’ to lead the attack.

Arsenal manager Arteta will hope Jesus can plug the hole in his team’s attack after none of their main strikers scored more than five league goals last season.

The Brazilian worked with Arteta when the Spaniard was an assistant to Guardiola at City from 2016-19.

“I’m very excited. The club has done a tremendous job to recruit a player of this stature,” Arteta said.

“I know Gabriel personally very well, and we all know him well from his time in the Premier League and being really successful here. This is a position that’s been on our radar for a long time now and we have managed to get a player that we all wanted, so I’m really happy,” Arteta further commented.

He will compete for the centre-forward position at Arsenal with 23-year-old England youth international Eddie Nketiah, who agreed on a long-term contract extension this month.