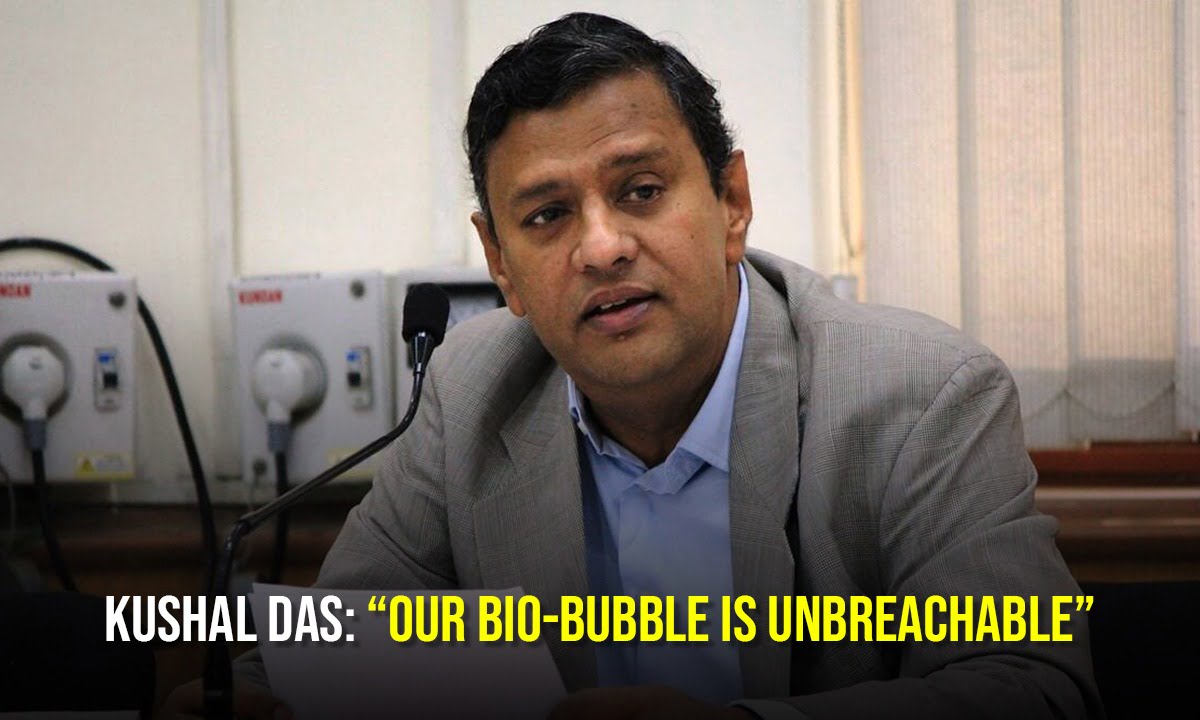 AIFF General Secretary Kushal Das rightly prides on the impregnable bio-bubble they’ve set up in the context of Indian football. Even in the dire situation due to the pandemic, there hasn’t been any cancellation of tournaments since October 2020.

“Praise came in from FIFA, AFC. Indian football’s bio-bubble protocol is a case study for many – not just in sports management institutions, but across international federations as well,” Das told PTI.

Regarding their unbreachable bio-bubble protocols, Kushal Das said, “Tests were conducted every 3-4 days and if anyone tested positive, he was kept in isolation for over 17 days and released only after three RT-PCR tests came out to be negative.”

He mentioned how they took every precaution, keeping X-ray machines, doctors, physios, masseurs, drivers staying inside the bubble. Also, Das pointed out the hardships involved in the process. “In a country like India with such a huge population and diverse demographics, execution and implementation was even tougher,” he said.

Immense pride on the unbreachable bio-bubble

He made it clear that Indian football was the first to successfully execute the concept of bio-bubble. They followed up successful coordination of the I-League qualifiers with tournaments such as I-League, ISL and the AFC Champions League in Goa.

“Indian football takes immense pride in leading from the front to bring back live sporting action in India while following the required protocols putting the safety of our athletes first,” quipped Kushal Das on the success.

It has been really exemplary on the part of AIFF to strictly maintain the norms of the bio-bubble with so much success. The General Secretary also said, “There can never be any compromises with the safety of the players and support staff along with the operational staff.”

Up and running for the WC qualifiers

Qatar has already waived off a mandatory 10-day hard quarantine for the Indian National Team. The players will have a two weeks long preparatory camp in a bio-bubble in Qatar before the first match on June 3.

Regarding the security measures taken and subsequently getting the hard quarantine waived off, Kushal Das said, “The AIFF president Praful Patel had detailed chats with the President of the Qatar FA. He raised our concern with the Prime Minister’s Office to waive off our 10-day quarantine period. However, all the players and staff have undergone mandatory isolation in Delhi and RT-PCR tests prior to departure.”

Although mathematically India is out of reckoning for a Word Cup berth, Das is optimistic about a direct entry into the 2023 Asian Cup Qualifiers. He made it clear that currently they’re targeting no less than a third spot in the group and a ticket to the Qualifiers.

“The AFC Asian Cup Qualifiers China 2023 are to kick off from November 2021 onwards. We need to finish third in the group to get a secured slot in the Qualifiers. This is our main priority to achieve. If not, then we may need to play the play-offs for the Qualifiers,” said Kushal Das before signing off.