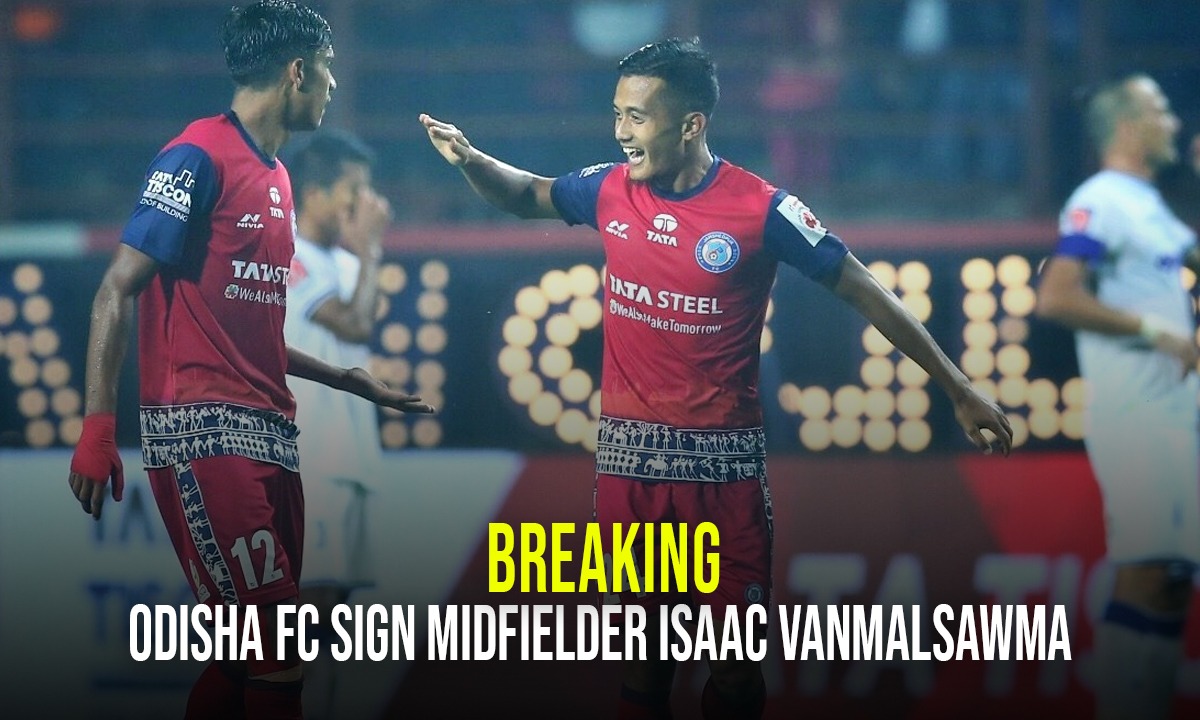 Jamshedpur FC player Isaac Vanmalsawma is all set to join Odisha FC for the upcoming season of the Indian Super League, Football Monk can exclusively confirm. The striker joined the Red Miners in 2019 and is now set to make a move to the Juggernauts.

Isaac is a product of the famed AIFF Elite Academy. He started his journey at the camp in 2012. He was a part of the Elites for two years. Following his time at the Elite Academy, he joined the Shillong Lajong youth setup. There, he further sharpened his skills. After a few months in the youth team, he made his place in the senior squad with his hard work. Isaac featured for six games in his debut I-League season, scoring once against East Bengal. That goal proved to be the match-winner for Shillong Lajong.

In the following season, Vanmalsawma was given a more offensive role by coach Thangboi Singto and he managed to live up to expectations. The Mizo player mostly played as an attacking midfielder or on the right-wing adding two goals to his name throughout the season. He even captained the team once, against eventual champions Aizawl FC.

In the following season, he was picked up by FC Pune City via the player draft. Isaac Vanmalsawma made 12 appearances for the Stallions and also earned a place in the semi-finals. His swift skills attracted a lot of praise and hence was picked up by Chennaiyin FC for the 2018-19 season. Isaac made 20 appearances for the Marina Machans across all competitions. He scored twice and provided two assists for them, half of which came in the AFC Cup.

Thereafter, Isaac signed for Jamshedpur FC in the summer of 2019. Under Antonio Iriondo, he featured for nine games scoring once against his former team in blue. In the recently concluded season, Isaac Vanmalsawma proved to be a vital cog in linking the defence and the attack down the left channel. He made 16 appearances under Owen Coyle and had a fairly excellent season. His passing accuracy of almost 75% is among the highest in the league. Although he couldn’t get his name on the scoresheet, his presence in the middle of the field was felt all throughout for the men in steel.

Odisha FC is looking to solidify their offensive midfield and Isaac is among the top candidates for the role. As per our leads, this is a done deal even though Odisha is yet to sign a head coach.