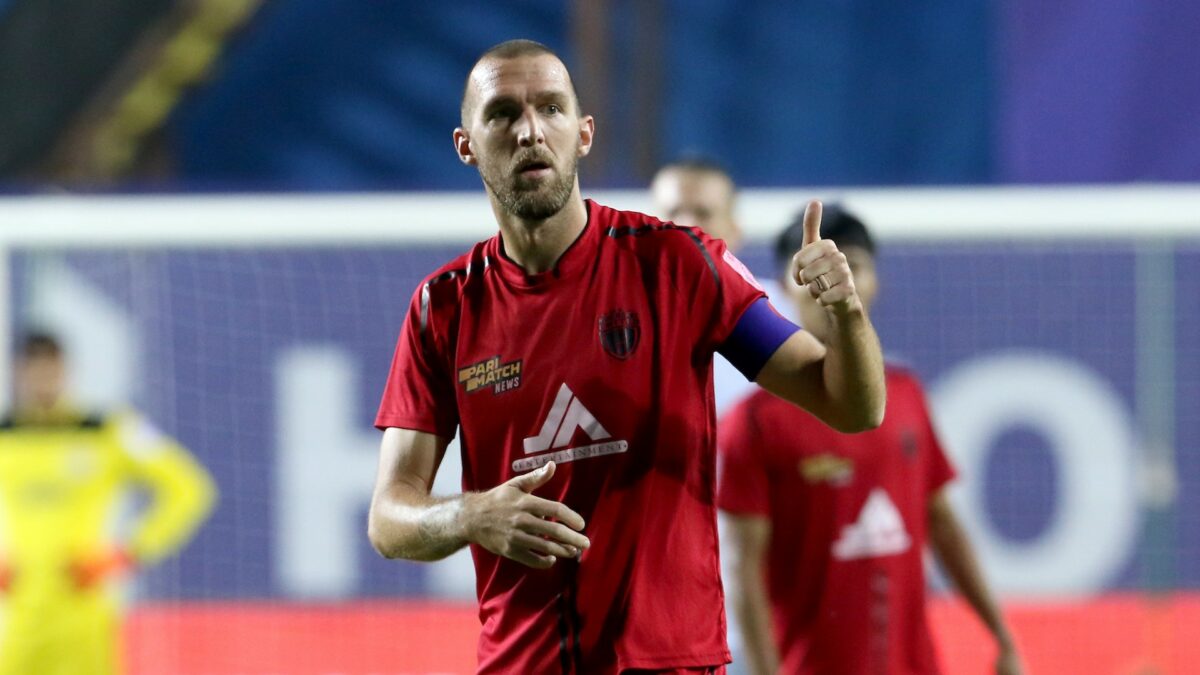 North East United FC skipper Benjamin Lambot has joined his indigenous side RFC Liege. As the latter yesterday announced the arrival of the Belgian defender. This comes after a one-season errand where he led his team to the ISL- Indian Super League playoffs in his debut season in India. It was a historic day for RFC Liege as they promised to return back to the professional world.

Solidity at the back for NEUFC

Lambot had a stellar debut season in the Indian top tiers. As he provided the much-needed impetus in defense for the Highlanders. The 6 ft. defender also scored two important goals as he formed a formidable partnership in the NEUFC backline with Dylan Fox. The 27 interceptions throughout his ISL endeavor manifests how difficult he was to get past. Unfortunately, NEUFC bowed out in the semifinals of the ISL, losing to ATK Mohun Bagan by a solitary goal.

Homecoming for Lambot : Back to Belgium

The lanky Belgian defender had already plied his trade in eminent clubs like Royal Antwerp and Cercle Brugge. After a decent one-season errand in India, he is back to hold the defensive reins of RFC Liege. As he said, “Liege is a legendary club which is not at all an amateur club”. He further added, ” I come here because my ambition matches those of the club.” while speaking to RFC Liege

A born leader, calm, and endowed with good recovery skills. Lambot is also sometimes found in the conclusion zone.
“I have scored in all the championships where I have been. Each time I punctuate my goal with a little dance that I glad to show the supporters. “, Lambot said as his new team set foot back in the professional world.