No warm-up game for Indian football team against Philippines 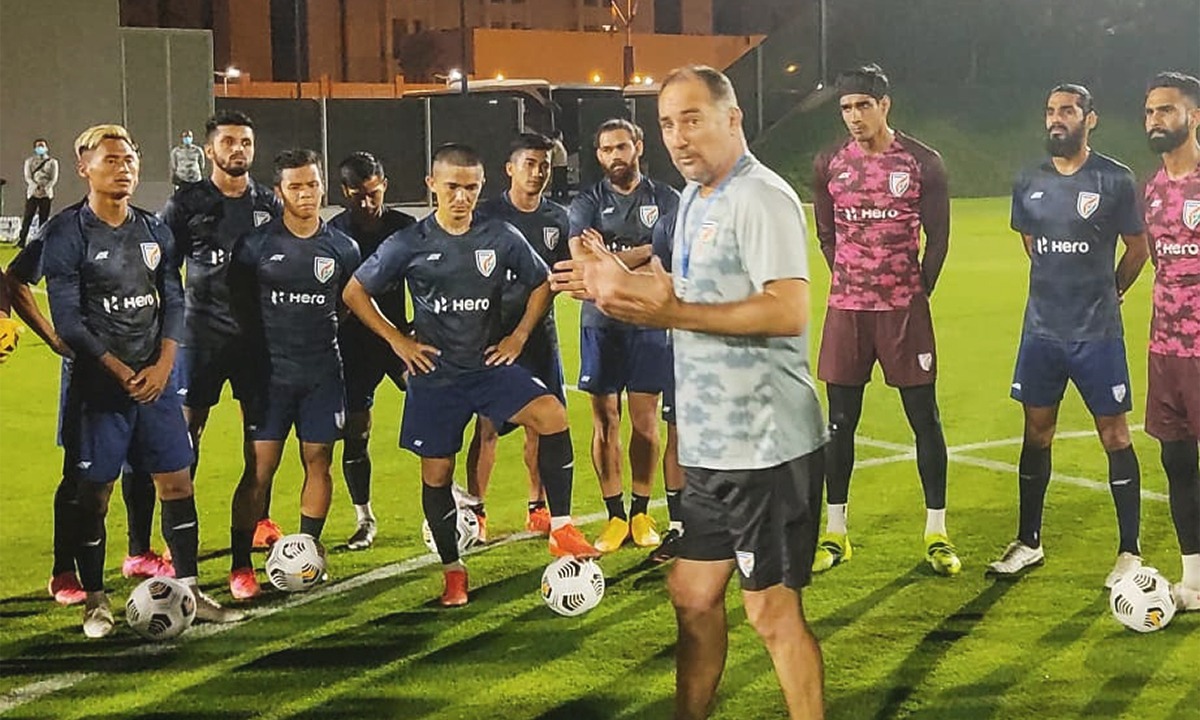 The Indian football team won’t be playing a warm-up game against the Philippines ahead of their 2022 World Cup qualifiers in Doha, latest reports suggest.

Igor Simac’s men are due to play the last stage of the FIFA World Cup qualifiers in Doha in June. Their opponents include hosts Qatar, Bangladesh and Afghanistan. In order to prepare for the qualifiers, a warm-up match against the Philippines was supposed to take place.

It would have helped a lot in restoring fitness levels of the players to get ready for the final tussle. However, the practice match required a green signal from the Qatar Health Ministry to go ahead. The AIFF had written to the concerned authorities but the permission wasn’t given in the end.

Hosts Qatar won’t be playing any warm-up game either before locking horns with India on June 3rd. They have been training since 18th May after winning friendlies against Luxembourg and Azerbaijan.

Meanwhile, Afghanistan, currently in Dubai, will be playing two practice games against Indonesia and Singapore on May 25 and 29 respectively. They will be up against Bangladesh on June 3rd in the qualifying campaign. The Indian football team will be playing against them on 15th June.

On the other hand, Bangladesh’s trip to Saudi Arabia has been postponed as their football governing body is yet to receive the clearance from the relevant authorities. They will face India in the WC qualifiers on 7th June.

India’s position in the WC qualifiers

The Indian Football Team currently sits fourth in the five-team qualifying group with three draws and two losses. That includes a precious goalless away draw against Qatar at the very same venue they’ll play each other again. However, they played out a frustrating draw against Bangladesh and narrowly lost out to Oman on both occasions. This time around, they’ll be eager to prove their worth to gain direct entry to AFC Asian Cup qualifiers.