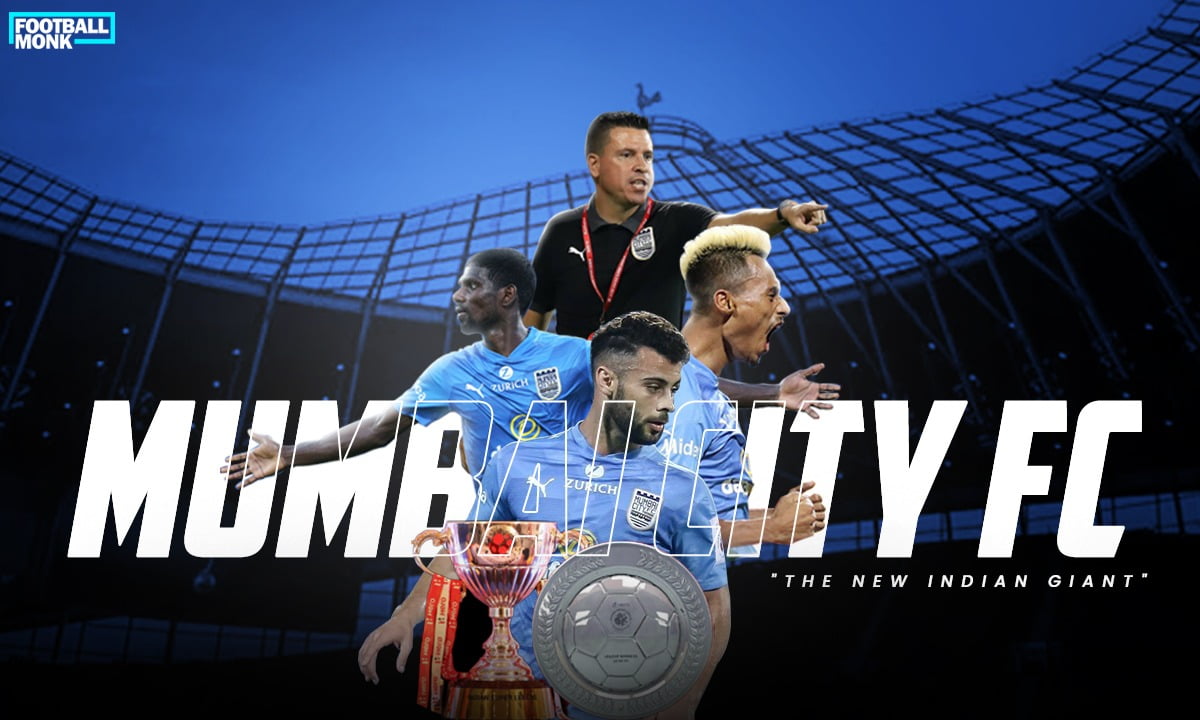 Mumbai City FC has won both the winner’s trophy and the league winners’ shield in the 2020-21 season of the Indian Super League (ISL). These are the first pieces of silverware in the entire history of the club. It shows how drastically and quickly the club has evolved into a competitive side. At Football Monk try to point out the crucial insights behind this historic success by the Islanders.

City Football Group and its investment

The process began in 2019 when City Football Group, the leading private owners’ group in world football acquired a 65% stake of Mumbai City FC. Hence became the de facto owners of the ISL club in a historic deal. Apart from Manchester City FC, the CFG acquire ownership of clubs in the USA, Japan, Australia, Spain, China, and Uruguay.

With their investments and a huge network of worldwide scouting, they have done wonders for Mumbai. Firstly, they brought Sergio Lobera as the manager. Lobera had previously won ISL Winners’ Shield (2019–20) and Indian Super Cup (2019) with FC Goa and is adjudged one of the most successful coaches on Indian soil.

In a crazy transfer window before the 2020-21 season, Mumbai invested heavily. Stars like Hugo Boumous, Mourtada Fall, Mandar Rao, and Ahmed Jahouh followed the path of their then gaffer Lobera to join Mumbai. Other recruits like Bartholomew Ogbeche, Cy Goddard, Jackichand Chand boosted the squad massively. Yet, the best signing of them all was probably of Adam Le Fondre. CFG’s huge scouting network made the signing of the Englishman possible. Le Fondre scored 11 goals in ISL 20-21.

Lobera usually shaped his team in a 4-2-3-1 formation. Mourtada Fall and Hernan Santana made a perfect central back pairing. With Amrinder Singh under the post, they were almost impregnable. The custodian kept 10 clean sheets a stat equal to ATK Mohun Bagan’s Golden Glove winner Arindam Bhattacharya.

In the defensive midfield, Ahmed Jahouh, Rowllin Borges and Raynier Fernandes played the role of double pivots in rotation. They provided crucial balls in the build-up play which on the other hand sharpened the Mumbai offense. Hugo Boumous predominantly played the part of a no. 10. His creative vision gave Mumbai a huge advantage over the opponent defences.

Quick and skillful players like Bipin Singh, Cy Goddard playing as wingers did the icing on the cake for Lobera. They created large free space in the flanks, behind the defensive line making a void for Le Fondre(11 goals) and Ogbeche(8 goals) to come up and seal the deal.

Sergio Lobera always has an eye for young talents and the trend remained the same in Mumbai. As players like Amey Ranawade, Vignesh Dakshinamurty exceeded everyone’s expectations under the Spaniard. Lobera has a huge impact on the development of foreigners too. Players like Hugo Boumous and Cy Goddard flourished under the Spaniard in FC Goa and they started off the season from the same level.

Yet, his most successful project was with Bipin Singh. After a couple of average seasons for Mumbai, Bipin simply stole the show this year. His movements down the left flanks were lethal and a feast for the eyes. Bipin scored a total of 6 goals including a memorable hat-trick against Odisha FC.

Lobera has a certain style of game that demands high-pressing in the opponent’s half. He managed to convey that philosophy in a short amount of time to his players. Players like Jahouh, Borges, R. Fernandes took a heavy load of pressing and chasing the ball. Whereas creative players like Boumous and Bipin enjoyed a little more freedom of innovation.

Another key factor behind Mumbai’s success is their capability in set pieces. With lethal deliveries from Jahouh, they possessed aerial threat from the likes of Ogbeche, Le Fondre and 6ft 3″ high Mourtada Fall.

2020-21 season took place totally behind closed doors. Players and staff had to spend the whole period in bio bubbles. It’s hard to adjust to those protocols, let alone practice for ISL. With, the new coach and many new players coming in, it looked more like a transition for Mumbai. But, it came out as the most successful season for Mumbai.

“Though it was a new style for many of us who were here last season, the coach made it clear what he expects from each one of us”

Lobera and the support staff played a huge role to bring all players from different backgrounds under the same roof. The team showed competitiveness and winners’ mentality right from the beginning of the season. Speaking about it Rowllin Borges said, “Though it was a new style for many of us who were here last season, the coach (Sergio Lobera) made it clear what he expects from each one of us” in his exclusive interview with Football Monk.

The work rate of the players and ability continuously flourished as the season went on. Finally, they finished the league being at the top of the table, winning 12 of the 20 league games. In the semifinals, Mumbai clinched victory in shoot out (6-5) against a well-equipped FC Goa after both legs ended with a draw.

In the final, Mumbai again showed their mentality of a champion. They came back from an early setback from ATK Mohun Bagan’s David Williams. In the 90th minute, Bipin scored the winner with a dramatic manner. And made Mumbai the first team in ISL history to win both the ISL Trophy and the League Winners Shield in a single season. Thus Mumbai city the “New Giants of India” was born!