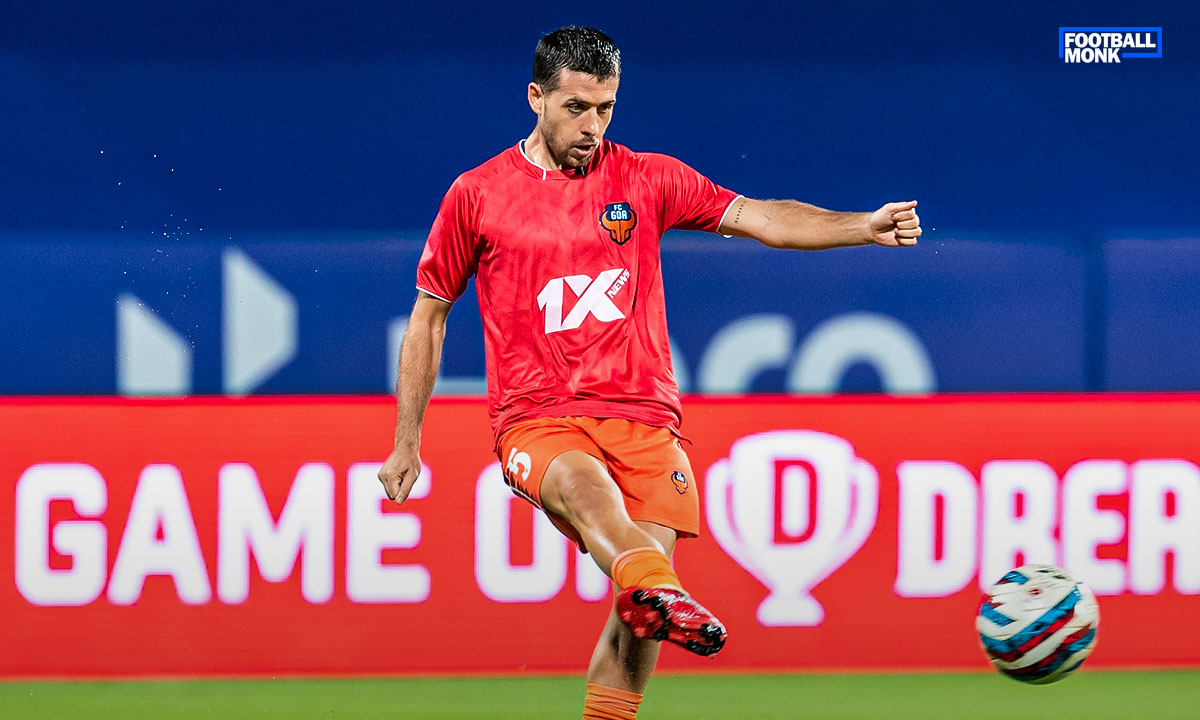 Mumbai City FC have announced the signing of Spanish midfielder Alberto Noguera, earlier today. The 32-year-old joins the Islanders on a one-year contract until May 2023.

The Madrid-born midfielder came up through the ranks at Getafe before he was picked up by Atlético Madrid in July 2009, where he was instantly made the C team at the club. He was called in to train with the first team senior squad under Quique Sánchez Flores and went on to make his La Liga debut against Levante UD in 2011.

Noguera left his native Spain in 2012 to explore playing opportunities abroad. He had short stints with Blackpool in England and FC Baku in Azerbaijan. However, in the summer of 2014, he returned to Spain for stints with CF Trival Valderas, CF Fuenlabrada and Lorca FC in the Spanish third tier.

The versatile player also helped Lorca FC to get promoted to the second tier back in 2017. He then joined CD Numancia and was subsequently loaned out to Racing de Santander in the third tier till the end of the 2018/19 season.

The Spaniard made the switch to India in 2020, joining FC Goa and has been one of the most influential midfielders in the league in the last two seasons. In his time in India, Noguera has lifted the 2021 Durand Cup and has amassed 4 goals and 11 assists in the Indian Super League.

After signing for the Islanders Noguera said, “I feel a sense of pride to be joining Mumbai City. There is ambition and hunger to win at this club and the philosophy here is to play attacking and beautiful football. I have seen it from the outside in my two years in the ISL and now I’m ready to help bring success to the club.”

“Moreover, I am excited that we will be able to play in front of our fans and I personally cannot wait to experience life and football in Mumbai and in India for what it truly is. I hope I can live up to our fans’ expectations and make some great memories with them,” added the Spaniard.

“Alberto is an excellent addition to our team and has shown consistently over recent seasons his ability to influence games in a way that will suit our style. He is a very experienced player who will also provide additional leadership to the group while allowing us to develop and adapt the way we want to play. I am delighted to have Alberto with us and I look forward to working with him.”