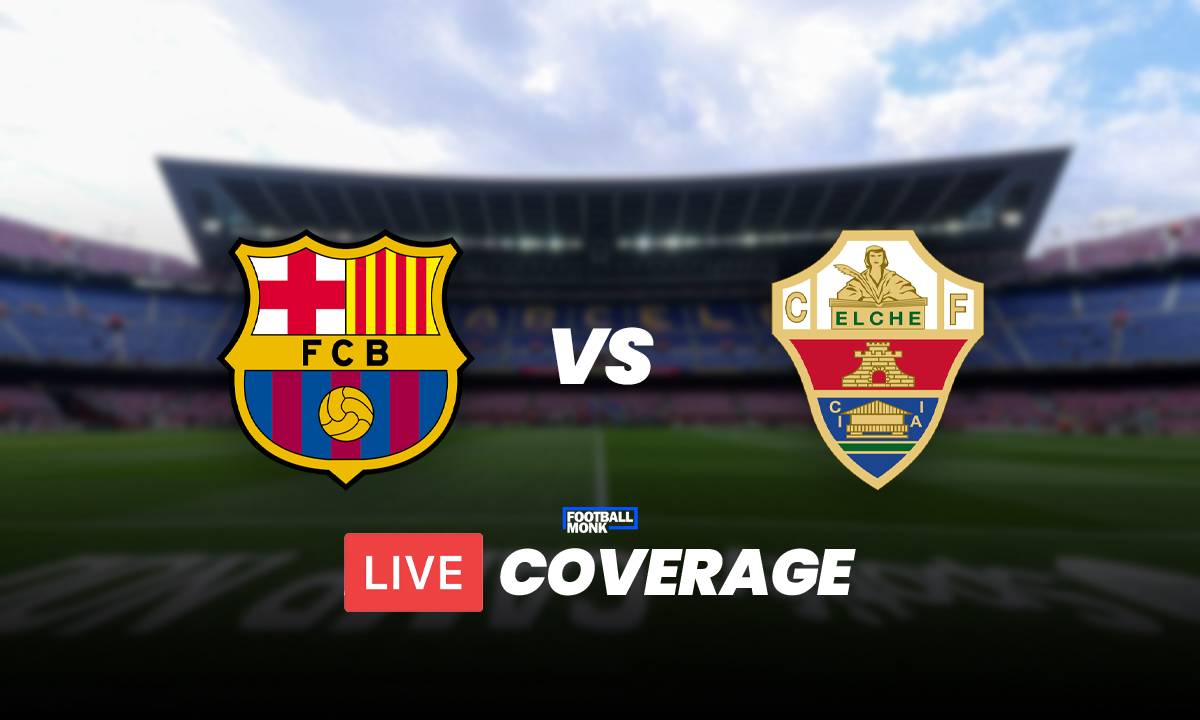 FC Barcelona faces Elche in their 6th match in the Spanish LaLiga. After a defeat at the hands of Bayern Munich, Barcelona will be desperate to return to winning ways and last-placed Elche will be the perfect opponent to achieve this. Follow this space for all live updates

Following a painful defeat to Bayern Munich in the Champions League in midweek to end their unbeaten start to the season, Barcelona returns to La Liga action on Saturday evening when they meet Elche at the Greatest Stadium on Earth.

The Blaugrana played very well in Germany and deserved a lot more from the game, but weren’t ruthless enough in front of goal and paid for their only two defensive mistakes of the match against a Bayern team that, as Xavi Hernández said, doesn’t forgive.

Barça has learned a valuable lesson from Tuesday’s loss when it comes to competing against the best teams in the continent, but the level of play between the boxes is excellent and there is a clear evolution in the team’s plan and execution following Xavi’s first pre-season in charge.

But it all comes down to putting the ball in the back of the net, and Barça has done plenty of that during their near-perfect start to the La Liga campaign. The Blaugrana will look to return to winning ways and continue their excellent form in domestic competition this weekend. They are huge favourites against an Elche side that’s struggled heavily this season.

Saturday’s visitors have scored just two goals and conceded 13 in the opening five games, with a defence that looks even worse than the numbers which are already terrible. They are not a “park the bus” team and the previous games suggest that they won’t be afraid to fight for possession and send bodies forward, even against Barça.

If Elche does indeed decide to attack and not put the entire team behind the ball, it might be a very good opportunity for Barça to create plenty of chances and score plenty of goals to excite the home crowd and rebound quickly from the Bayern loss.

Whatever happens in Europe will happen, but winning La Liga is still the priority this season for Barcelona.

The match will be telecasted in India on Sports18-1, Sports18-1HD and Voot.