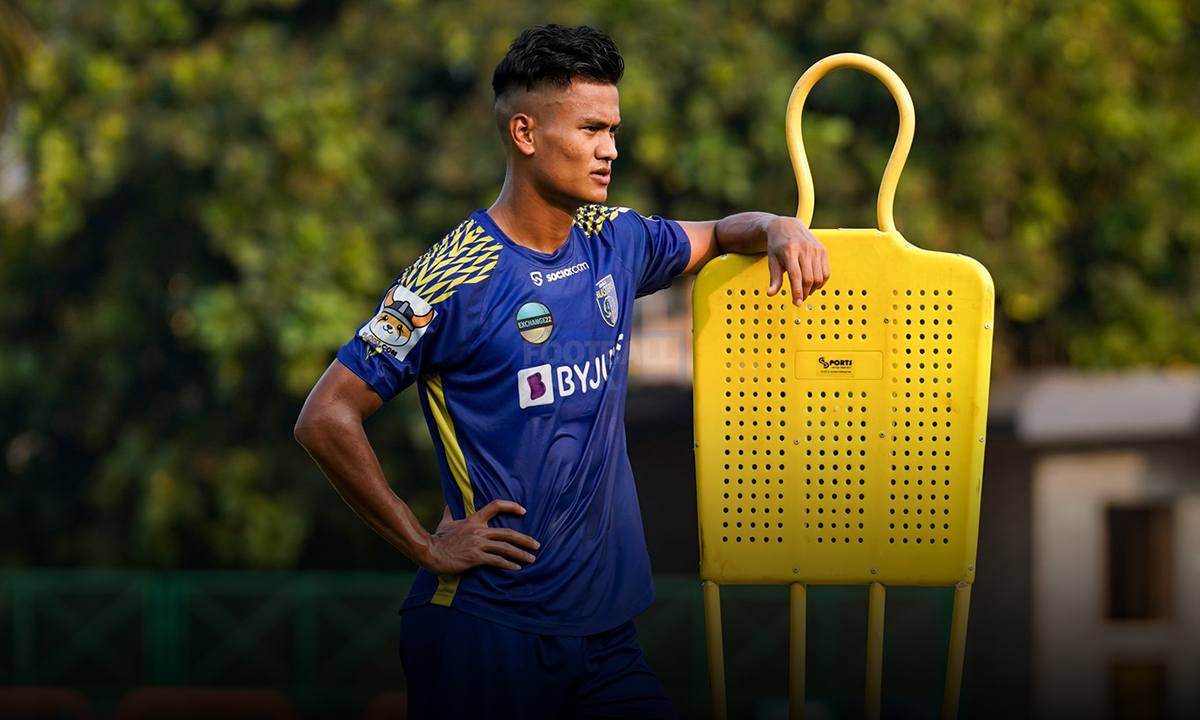 After a gap of six years, Kerala Blasters finally made the playoffs earlier this season. Under Ivan Vukomanovic, Jeakson became one of the best Indian midfielders in the league and portrayed a pivotal role in Kerala’s run. The 20-year-old midfielder made 19 appearances in the league while netting one goal and assisting twice.

Ahead of the next season, Kerala Blasters made their intentions clear of retaining the Indian core along with the foreigners. And Jeakson’s renewal further adds clarity to their intentions.

After a decent outing in the U-17 World Cup, Jeakson spent a year with the Indian Arrows in I-League. The young midfielder was then roped in by Kerala Blasters ahead of the 2018-19 season. In his first season with Blasters, Jackson plied his trade with the reserve side in the I-League 2nd Division.

Under Elco Schattorie, Jeakson finally broke into the first team, the next season. He made 13 appearances in his debut season in ISL and established himself as one of the mainstays in the Blasters squad. He continued his good form, the next season and made 16 appearances for Blasters while netting his first goal. However, Kerala finished in the bottom half and had a disastrous season.

Jeakson’s retention will surely be an important part of business for the Kerala Blasters as the young midfielder will be one of the most important players for the club in the upcoming years. The midfielder also bagged a call after Indian national Team headcoach Igor Stimac named him in the AFC Cup preparatory camp.