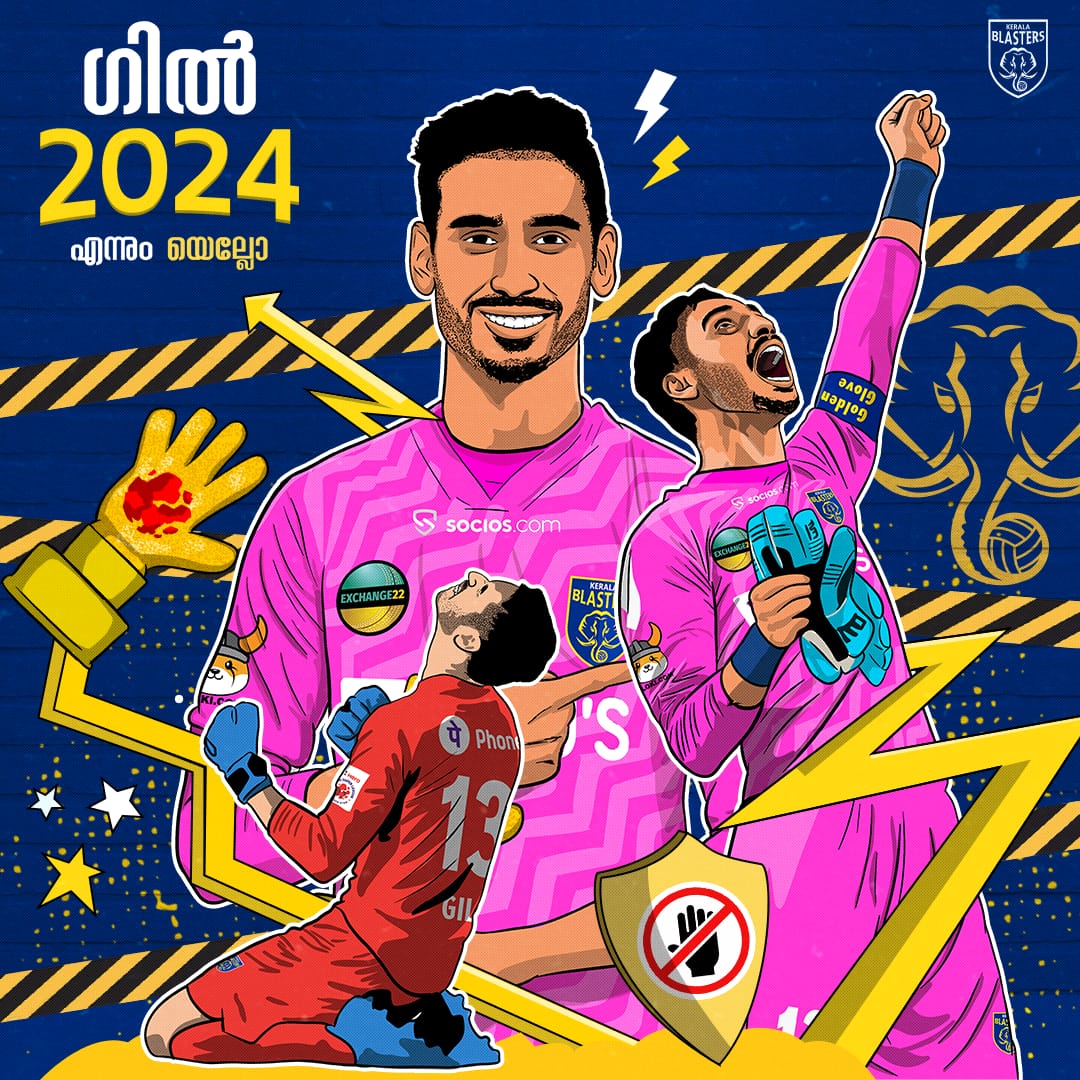 Kerala Blasters FC announced the contract extension of goalkeeper Prabhsukhan Singh Gill. This extension means Gill will be at the club until 2024.

The 21-year-old started his professional career in 2014 with the Chandigarh Football Academy and later joined the AIFF Elite Academy. Gill was soon selected to be part of the Indian Arrows, the developmental side of the All-India Football Federation that plays in the I-League.

After a series of consistent performances for the Indian Arrows in 2018, he won his first Hero ISL contract with Bengaluru FC in 2019. He made two appearances for the club including a match in the AFC Cup Qualifier.

Gill made his Blasters debut in the Durand Cup and made his Hero ISL debut in December 2021 against Odisha FC, when he was brought in for the injured Albino Gomes.

With seven clean sheets, Gill has made 17 appearances and 49 saves for KBFC in Season 8. He was awarded the Golden Glove for his terrific performance in the Hero Indian Super League 2021–22. Sukhan also won the ISL’s ‘Emerging Player of the Month’ award in February.

“I would like to congratulate Gill on his performance last season and a well-deserved extension. He was patient for a long time and after he got a chance, he showed how good a competitor and how much of a quality player he is. I’m happy that we will continue together.” said Karolis Skinkys, Sporting Director, KBFC.