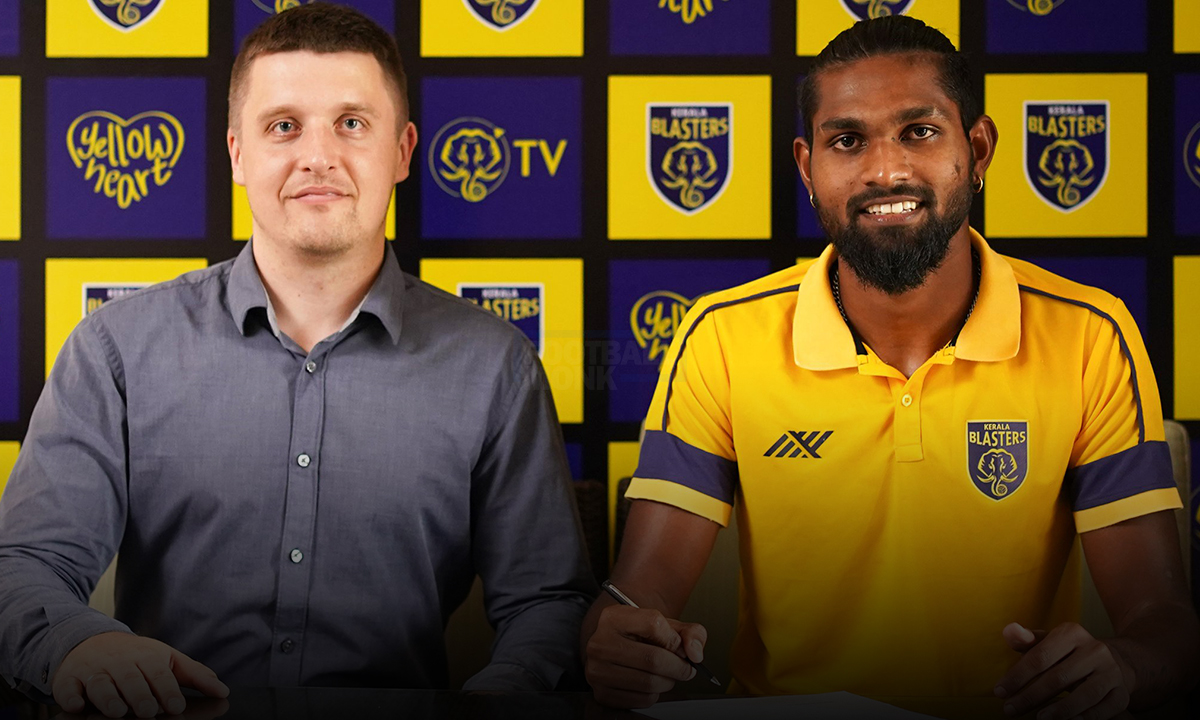 Indian Super League outfits Kerala Blasters FC announced the contract extension of their young defender, Bijoy Varghese keeping him till 2025. He will be donning jersey number 21 in the upcoming season.

Hailing from the Capital city of Kerala, Bijoy started channelling his passion toward football in his school days after which he joined the Youth team of Kovalam FC. In 2018, he not only was a part of the Kerala Team which reached the finals of the International School Championship but also won the best defender award. He was also part of the football team of Sports Authority of India that participated in the youth league.

In 2021, Bijoy became a part of Kerala Blasters FC’s reserve team in the Kerala Premier League His consistent and composed performances in the Kerala Premier League earned the 22-year-old a call up to the senior team camp. His continued willingness to improve and learn through camp later earned him a spot in the final squad for the ISL Season 2021-22. He made his debut for the club’s senior team during the Durand Cup 2021 and played 5 matches during the ISL season.

‘I am really excited that I am going to be a part of Kerala Blasters for a long time. I am really happy to be working under Coach Ivan and intend to work harder, get better at my game and sharpen my skills. I hope to give all the club’s passionate fans memories by giving my 100 percent in all the games that I play.’ said an ecstatic Bijoy upon signing his extension with the club.

‘I’m extremely happy about Bijoy. He is a great example that everything is possible, he worked hard and never gave up. He is a product of Kerala Blasters youth. I would like to congratulate Bijoy on this extension. I hope he will be a positive example to all young players who start to play in KBFC youth sector.’ says Karolis Skinkys, Sporting Director of KBFC.