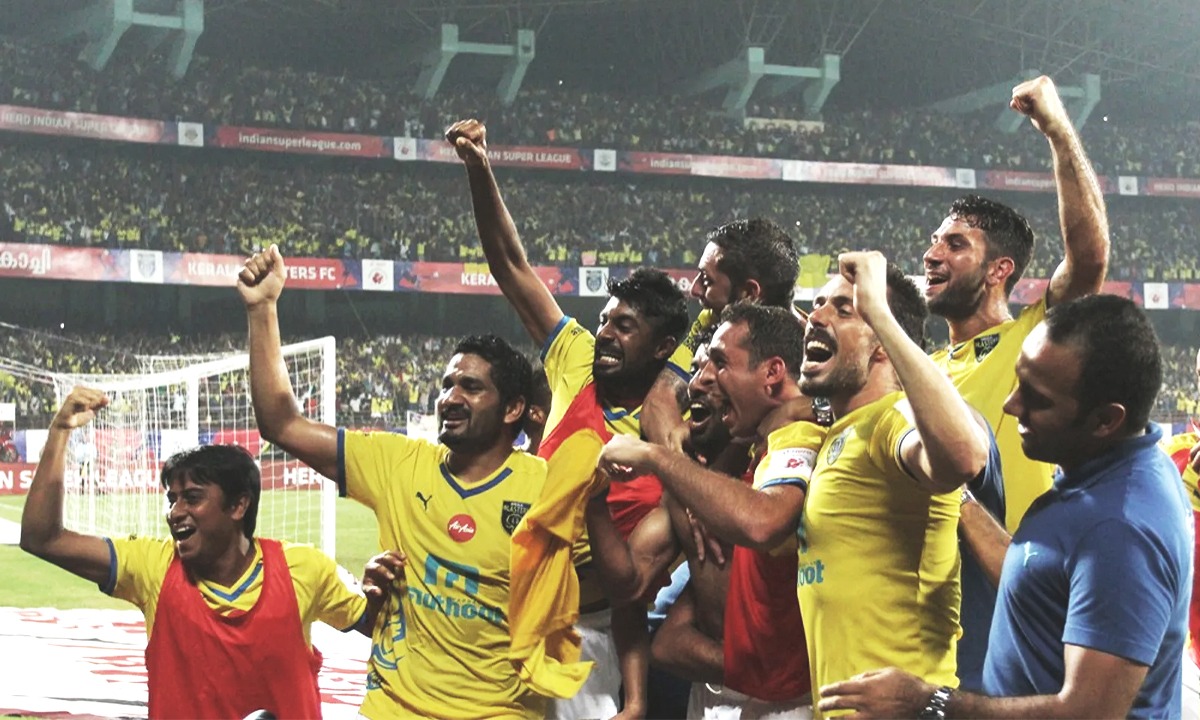 It has been a long seven years since the ISL- Indian Super League was launched in 2014. Since then, there have been various ups and downs and a total of four different winners. ATK (currently ATK Mohun Bagan) has been the most successful side with three titles, followed by Chennaiyin FC with two. FC Goa lost twice in the finals before winning the inaugural shield in 2019-20. Meanwhile, Kerala Blasters are yet to taste victory having ended up losing the final on two occasions.

Kerala Blasters is based in Kochi and they were inducted into the ISL in the very first edition in 2014. The Blasters are one of the most widely supported clubs in Asia and have one of the largest social media following among the football clubs from the continent.

The club ended up runners-up twice in the ISL and finished 10th in the recently concluded ISL 2020-21 season. Today, Football Monk analyses the club’s performance in all these years from different viewpoints.

Kerala Blasters turned out to be a very consistent team in the initial seasons of ISL. In the inaugural season, they had a rollercoaster ride in the league stages, finishing 4th with five wins and losses apiece. They barely sneaked into the semifinals after a 1-0 win over FC Pune City, courtesy a Iain Hume strike. Having relied mostly on their defence throughout, it was their sharpness in the final third that overcame Chennaiyin FC, earning them a place in the first ISL final.

The Blasters carved out many chances in the final, only to be thwarted by the ATK custodian Edel Bete. Iain Hume and Michael Chopra’s profligacy in front of goal got punished deep into stoppage time as Mohammed Rafique headed past player-coach David James to send ATK into raptures.

On the back of several defensively stout performances, they managed to reach the final again in 2016. CK Vineeth was instrumental in solving their woes in the final third, notching up five goals. Defeating the Delhi Dynamos on penalties, they set up a date with ATK in the final. However, luck wasn’t on their side this time either as they agonizingly fell short in the tie-breaker.

After reaching the finals in two of their first three seasons, Kerala Blasters could never reinstate their position among the very best. Coaches came and left on a regular basis, but none could find stability in their ranks. Consequently, their performances dipped as they hovered around the bottom half of the table. During this period following their last final appearance, they could register only 15 wins from 74 games.

Their frontline got stifled with Iain Hume’s departure and even with Bartholomew Ogbeche on board, there was very little support. With their stalwart in defence, Sandesh Jhingan out injured and later transferred to ATKMB, their defensive woes worsened as well. This resulted in their below-par performances, finishing no higher than 7th for the past three seasons.

Though David James led the Blasters to the final in the inaugural season, it would be Steve Coppell who transformed them into a team to beat. The Englishman, who had lifted Crystal Palace twice into the Premier League, took charge of the Blasters in 2016. Under his regime, the Blasters formed a formidable unit with no over-reliance on any particular player. The entire team performed as a collective unit with a good chemistry between the Indian contingent and the foreigners.

Not only were they resolute in defence under the leadership of Sandesh Jhingan, but also were razor-sharp upfront. They marched into the semi-finals in 2nd place, where they overcame Delhi Dynamos on penalties. In the final, it was ATK who were awaiting them, making it the perfect scenario for redemption. But misfortune grasped them as Cedric Hengbart couldn’t convert the deciding penalty in the tie-breaker. It was an anti-climatic end to such a promising season in-charge for Steve Coppell.

There have been many standout performers who have donned the iconic yellow jersey in these seven seasons. Among them, three of the best can be identified as:

He has been the most consistent performer for the Kochi-based side throughout. In the initial seasons, he formed a solid partnership with Cedric Hengbart in defence that helped them to two finals in three years. Consequently, he won the ISL Emerging Player of the Season in 2014.  Later, he carried the defence on his back and everytime he missed out, the Blasters had to suffer.

He was the playmaker for the Blasters during his tenure, amassing a total of 10 goals in 30 appearances. Hume acted as the fulcrum in the offense for his team, as most of the attacks either originated from or were duly finished by him. Later, in his absence, Kerala Blasters attack lost sting and could never restore their status atop the ISL ladder.

He rose through the ranks at Blasters and has already played 51 games for the team. His playmaking skills and intricate passing won him the ISL Emerging Player of the Season in 2019. However, he was mostly deployed as a wide midfielder by Eelco Schattorie and later by Kibu Vicuna. More so, recent setbacks from injury have led to a dip in his form following two very successful seasons.

Among the current lot of players, a few of them can be figured out to thrive in the long run. Among those, Prabhsukhan Gill and Jeakson Singh have risen through the ranks as the most promising ones. 20-year-old Gill shone in the U-17 World Cup in 2017 and later impressed many with his display for the Indian Arrows. He has also played in the AFC Cup for Bengaluru FC.

Meanwhile, Jeakson Singh had entered into history books in 2017 by scoring India’s first-ever World Cup goal in any format. The 19-year-old had a standout 2020-21 season. Not only did he control the flow of the game in midfield, but also played at centre-back on occasions for his team. He’ll surely be the pivot in the midfield in the coming seasons for the Kerala Blasters.