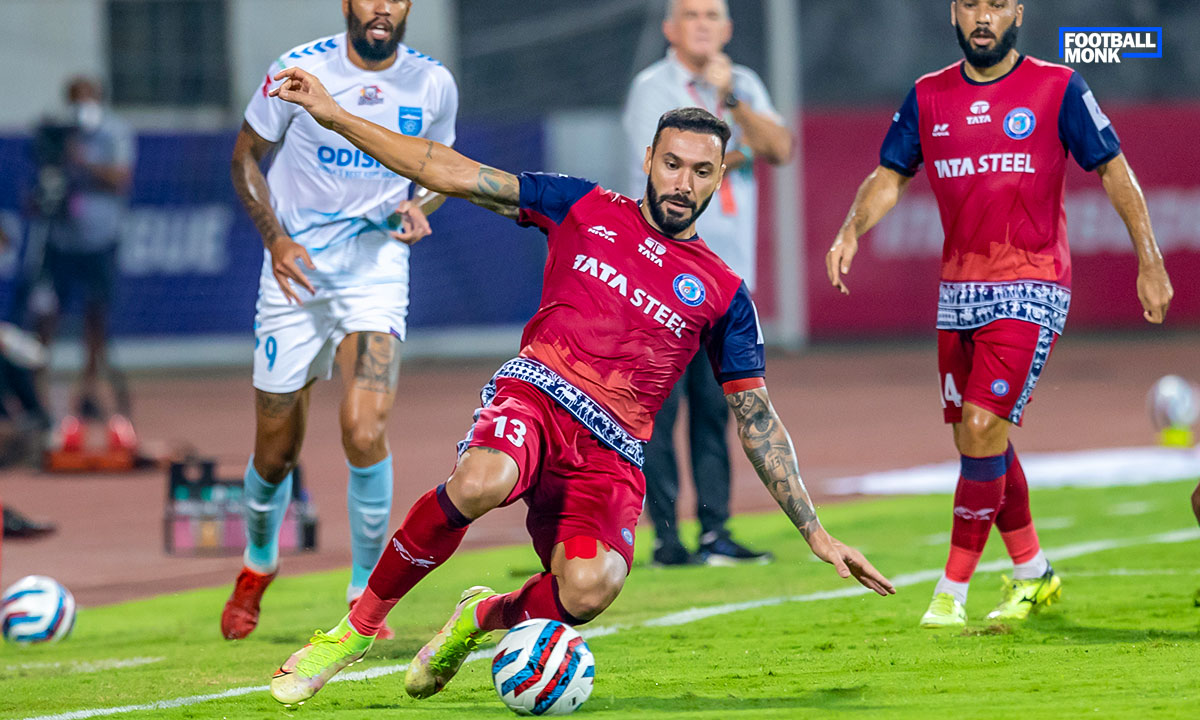 Eli Sabia has extended his stay at Jamshedpur FC ahead of the upcoming season of the Hero Indian Super League. The one-year extension will keep him at the club till 2023.

“I see Jamshedpur as a club and a city with big ambitions. We became Champions of India last season and I come again with the aim of defending this title, bring more glory and breaking more records in front of the packed JRD Tata Sports Complex. Look forward to work with a head coach who is renowned for getting the best out of the players” said Eli on signing with Jamshedpur.

The centre-back with his tall and commanding presence was an integral part of th Men of Steel that won the ISL Shield. The defender recorded impressive stats of 66 clearances, 25 interceptions, 1 goal and 1 assist forming a formidable partnership with Peter Hartley.

Aidy Boothroyd was delighted to see the player retained and said “I am happy  that Eli has chosen to stay with Jamshedpur Football Club. He is one of the best defenders in the league and has shown his leadership qualities both on and off the pitch. He has the attitude to be keep performing and I’m excited to work with him”.

Hailing from Sao Paulo, Eli began his career at local club Paulista, progressing through the ranks before appearing for the senior team. He had several high-profile loan spells during his time at Paulista, with one of them at Swiss top division outfit FC Lausanne in 2007- 08 besides stints at Brazilian giants Santos and Atletico Paranaense.

At Santos in 2009-10, he was teammates with Brazilian superstar Neymar, who was enjoying his breakthrough season at the time. The 32-year-old comes with five seasons of the Hero Indian Super League (Hero ISL) under his belt including his time at Chennaiyin FC, where he also helped his team to finals of the Hero ISL 2019-20 and the Hero Super Cup in 2019.

Eli will don jersey number 13 and will join his teammates for pre-season which is scheduled to begin mid-August.