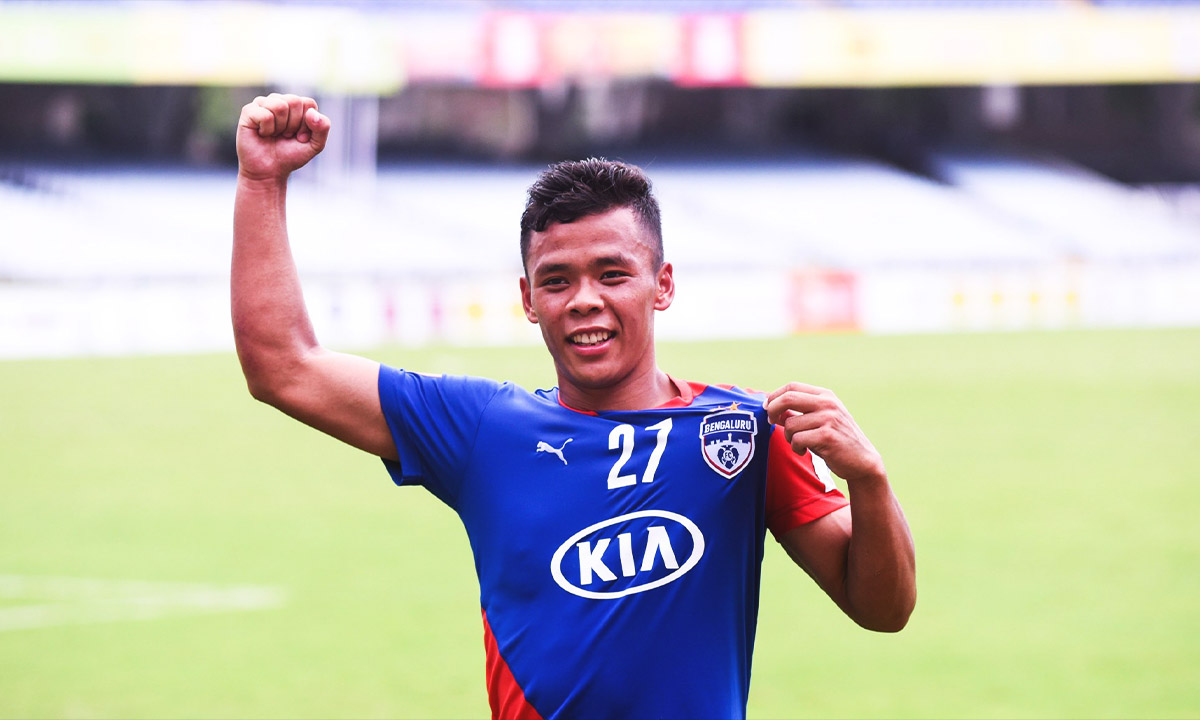 Bangalore 26 June 2021: Young Indian sensation Suresh Wangjam has extended his stay at Bengaluru FC. The midfielder has signed a new three-year deal, keeping him at the club till 2024. Football Monk takes a look at what Suresh’s extension will bring for Bengaluru FC.

Suresh Singh Wangjam started his football career at the AIFF Elite Academy. The Manipuri midfielder was part of the Indian’s U-17 team which participated in the 2017 FIFA U-17 World Cup in India. Later he joined Indian Arrows.

Coming into the limelight

After spending 2 developing years at Indian Arrows Suresh came under the radar of scouts from various clubs. Finally, he joined the then ISL Champions Bengaluru FC. Even with his young age, Suresh earned a total of 17 appearances that season, scoring 3 goals.

Last season was probably Suresh’s best one as a professional footballer. Even when his team didn’t perform well, he continued to deliver. He had a total of 20 appearances in league and cups for Bengaluru FC last season. His consistent performance earned him a safe spot in the Indian National team. Suresh was a crucial part of the Blue Tigers who secured a spot at the 2023 AFC Asian Cup China Qualifiers last month.

The three-year contract extension shows the belief, the club officials have in Suresh. In an recent press release, that was indicated by the Club CEO Mandar Tamhane. He said: “Suresh has grown immensely as a player and a person since we first signed him and we were always keen on keeping him at this club”.

Mandar further said, “He has a bright future ahead of him, and we are glad that he will spend the next stage of his development with us”. “Suresh is one of the few players from the U17 squad at the 2017 FIFA U17 World Cup who have become a consistent feature in the senior national team, and that reaffirms our belief in youth and the success of our player development pathway” he averred.

What this extension means for Bengaluru FC?

Bengaluru FC has always shown appreciation and encouragement towards the young Indian talents. And Suresh’s career is no exception to that. Currently, Bengaluru’s squad has the right mix of experienced veterans and exciting youths. Thus Suresh’s continuous services will only improve their squad strength. Performing under so many different coaches (including National team coach Igor Stimac) shows how technically sound he is. With more years of exposure at the National and continental levels, Suresh will surely become a key member of the Indian National team.

From playing in the first-ever FIFA World Cup for India to breaking into the ISL champions’ squad- Suresh has traveled a long path in such a short time. Continuing in the best league in India is as challenging as it is satisfying. And Suresh is enjoying this challenge in his own way. In the recent chat, he mentioned: “I’m really happy to commit my future to Bengaluru FC.”

Suresh also shared his early experiences in the club, “I came here two years ago, and I have improved tremendously as a player because of my teammates and the staff I have around me. I have so much more to learn and feel this is the best place for me to be able to do that. I also get a lot of love and appreciation from our supporters and I really want to do well for them. It was an easy decision for me to sign on.”