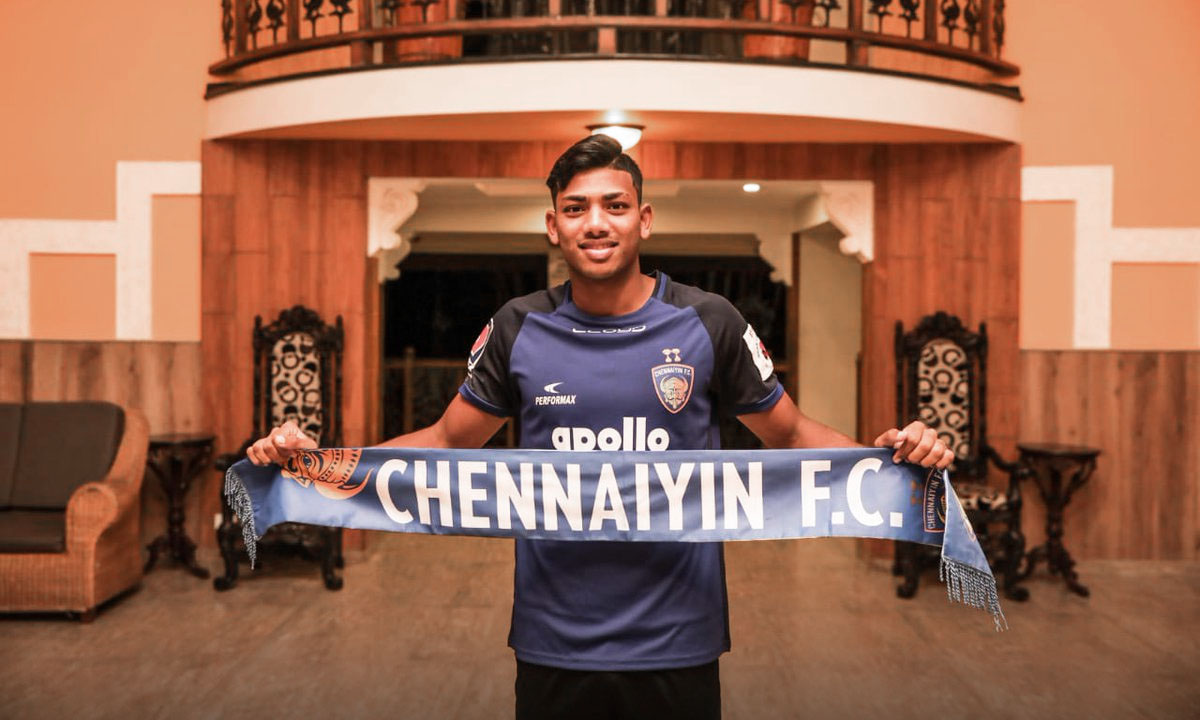 21-year-old Indian forward Rahim Ali recently pledged his allegiance to Chennaiyin FC for the next two seasons. He intends to stay with the Marina Machans and flourish at his position, helping his side achieve success. Football Monk takes a look at a few aspects that helped him get the limelight he deserved.

Rahim Ali made his professional debut with the Indian Arrows in the I-league in 2017-18. Luis Norton de Matos deployed him at different positions in that season. Ali thrived at the centre-forward position, providing three assists for his team as the Arrows finished 10th. The striker was also tried at both flanks of the midfield and as a central defensive screen but he wasn’t that effective.

Transfer to Chennaiyin FC and a breakthrough season

Ali’s first season with Chennaiyin was one to get into the groove and get accustomed to the system. He spent most of the time on the bench and could get only two starts. Rahim impressed with his attacking flair in the match against Northeast United. As he geared up for a bright future with the Machans.

The 2020-21 season was a breakthrough for the 21-year-old, who played on both flanks and in a central position. Called upon by coach Csaba Laszlo, Rahim shone pretty well. He bagged two quick goals at the very start of the season. Thereafter, he remained a vital cog in the final third for the Chennai-based side. His goal against FC Goa after being subbed on helped him get 12 starts to partner Chhangte and Vanspaul upfront.

A potential asset for the Indian National Team

With his exploits in the ISL for Chennaiyin, Rahim Ali becomes a potential asset for the Blue Tigers in the future. Hence, he will surely aim to keep up the good work at Chennaiyin in the coming seasons as well to have a realistic shot. The attacking woes for the Indian NT might have a solution in the near future with talents like him flourishing on the grandest stage of Indian football.

Loyalty towards his club

Rahim pledged his loyalty towards Chennaiyin FC with a two-year contract extension. He chose to stay there even after getting lucrative offers from other ISL clubs including SC East Bengal. The youngster has his mindset on getting as much game time as possible. Ali intends to thrive well at his position upfront and thus help his team achieve new heights.

What next for Rahim Ali?

With Rahim Ali being a regular now in the attacking front, the Marina Machans would take heart from his performances. They’ll aim to do well next season, especially with the constraint of fielding more Indian players imposed. Ali will be the focal point of the Chennaiyin attack to guide his team towards the semi-finals this time around.