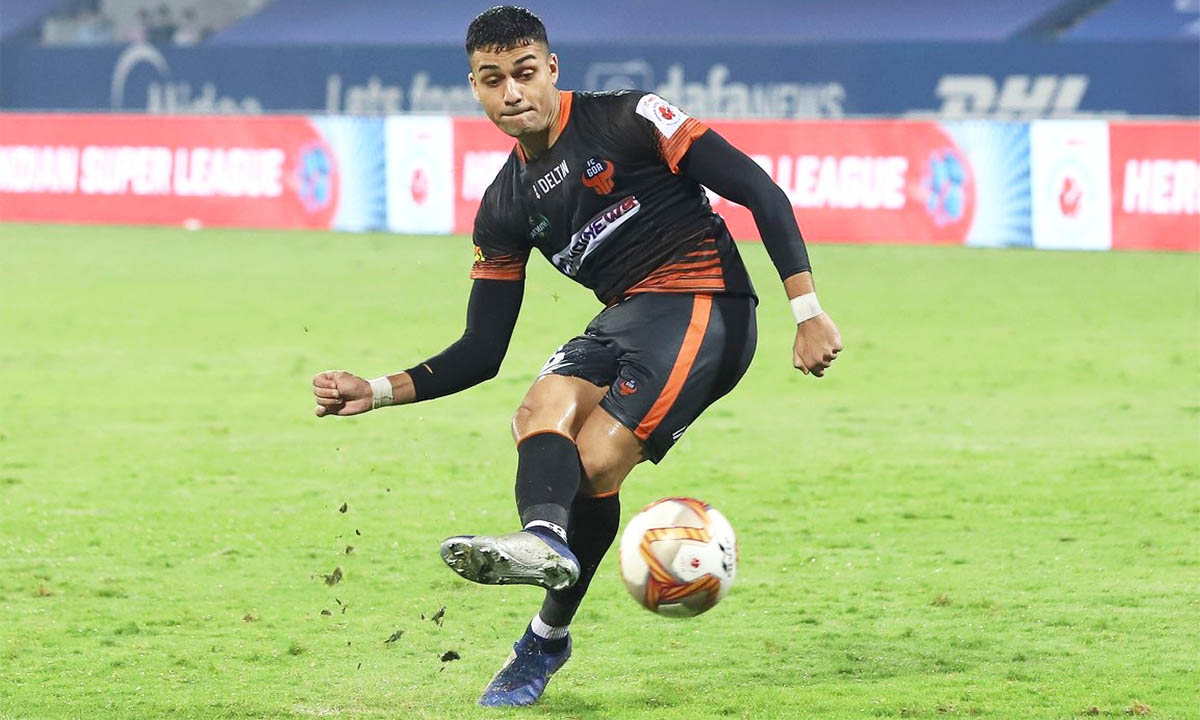 According to TOI, FC Goa has offered Ishan Pandita a two-year contract extension following his stellar season with the Gaurs. However, they’ll allow him to leave the club, should he wish to ply his trade in Europe. Football Monk takes a look at what this extension can bring to FC Goa.

Pandita’s breakthrough season with the Gaurs

Ishan Pandita burst into the limelight last season with FC Goa, even though he played only 131 minutes across 11 games. He was mostly used as a late substitute by coach Juan Ferrando throughout the ISL last season. And the boy duly delivered with his sensational last-gasp goals against Mumbai, Chennaiyin, ATK Mohun Bagan, and Hyderabad. His goals coming off the bench were so vital that it fetched the Gaurs five invaluable points to push them into the last four. National selectors noticed Pandita’s exploits in the ISL last season and duly drafted him in the Indian squad. He debuted for the Blue Tigers in the March friendlies against Oman and UAE.

Ishan went to Spain as a 16-year old to train at renowned academies of the Spanish top tiers. He spent his youth career at clubs like Almeria, Leganes, and Gimnastic before Pobla Mafumet offered him a senior contract. Soon after, he left for Tercera division side Lorca in search of game time. There he performed well, scoring 6 times to become the club’s top scorer for the 2019-20 season.

FC Goa would definitely be keen to provide Pandita with more opportunities after his exploits last time out. The Gaur’s director of football, Ravi Puskar hinted at the same. As he said, “Ishan told us that he wants an opportunity in Europe. We don’t want to stand in his way if such an opening arises”, in a recent interview with TOI.

Ravi also affirmed that Ishan is currently contracted to FC Goa for two more years. The emerging striker will be a big asset for the team in the upcoming ISL. With the constraint of playing seven Indians in place, Pandita is expected to be a key figure in guiding Goa all the way this season.

Ishan Pandita is expected to be the next Indian star to be brought up by FC Goa following Liston Colaco, Glan Martins and the likes. Even Manvir Singh came up through the ranks of the Gaurs to shine for the national team. Expectedly, Pandita will be given more game time and properly nurtured by the Goan outfit, which is so renowned for producing local players.