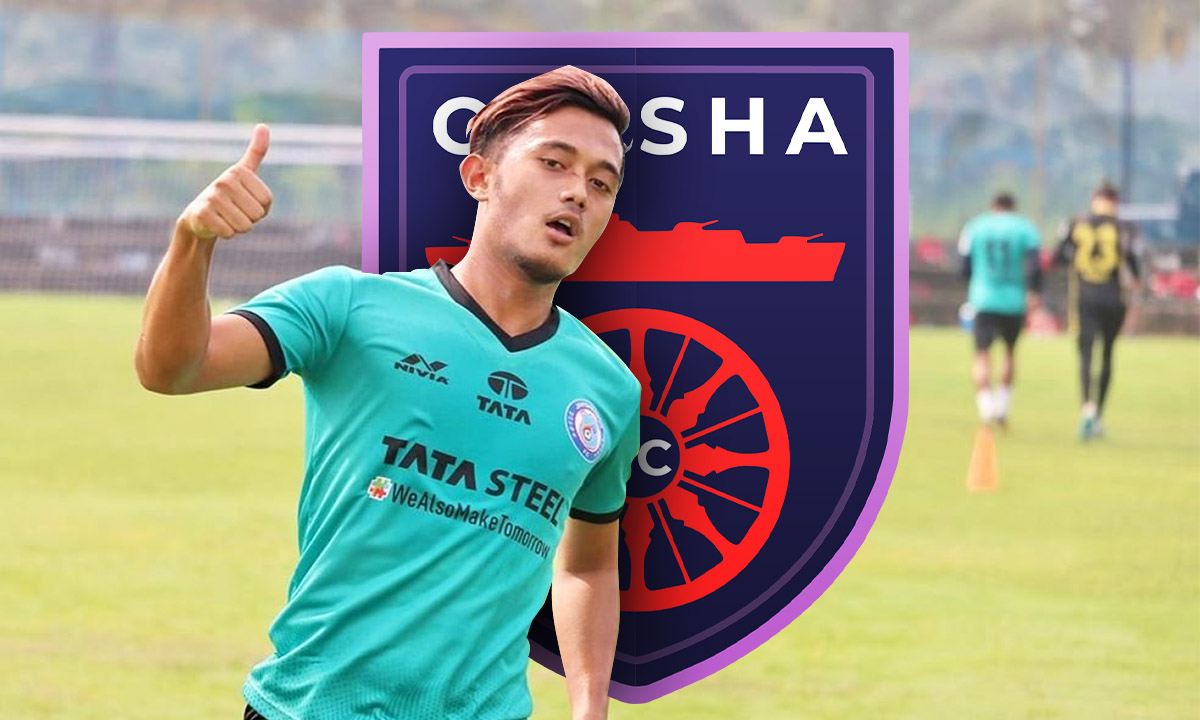 Odisha FC announced the arrival of Isaac Vanmalsawma earlier today. The winger has penned a two year deal with the Juggernauts, keeping him at the club till 2023. Football Monk earlier exclusively reported that the Bhubaneswar based club was in talks with Isaac.

Isaac’s Career through the years

Isaac is a product of the famed AIFF Elite Academy. He started his journey at the camp in 2012. He was a part of the Elites for two years. Following his time at the Elite Academy, he joined the Shillong Lajong youth setup. There, he further sharpened his skills. After a few months in the youth team, he made his place in the senior squad with his hard work. Isaac featured for six games in his debut I-League season, scoring once against East Bengal. That goal proved to be the match-winner for Shillong Lajong.

In the following season, Vanmalsawma was given a more offensive role by coach Thangboi Singto and he managed to live up to expectations. The Mizo player mostly played as an attacking midfielder or on the right wing adding two goals to his name throughout the season. He even captained the team once, against eventual champions Aizawl FC.

The next season, he was picked up by FC Pune City via the player draft. Isaac Vanmalsawma made 12 appearances for the Stallions and also earned a place in the semi-finals. His swift skills attracted a lot of praise and hence was picked up by Chennaiyin FC for the 2018-19 season. Isaac made 20 appearances for the Marina Machans across all competitions. He scored twice and provided two assists for them, half of which came in the AFC Cup.

The promising footballer made his senior India debut against Bhutan in a friendly match under Coach Stephen Constantine.

Thereafter, Isaac signed for Jamshedpur FC in the summer of 2019. Under Antonio Iriondo, he featured for nine games scoring once against his former team in blue. In the recently concluded season, Isaac Vanmalsawma proved to be a vital cog in linking the defence and the attack down the left channel. He made 16 appearances under Owen Coyle and had a fairly excellent season. His passing accuracy of almost 75% is among the highest in the league. Although he couldn’t get his name on the scoresheet, his presence in the middle of the field was felt all throughout for the men in steel.

What he brings to Odisha FC

Isaac’s arrival brings depth to Odisha FC’s squad. Being young and pacy, he comes as a perfect substitute to players like Jerry Mawihmingthanga and Nandha Kumar. Under a new Technical team, the Juggernauts are looking for a revamp in the fate of the squad. Odisha FC had a forgettable season last time around and players like Isaac can help the club regain its path to glory.

After signing for Odisha FC, Isaac expressed, “I am delighted to join this young and exciting team. We will play vibrant and entertaining football, delighting our loyal fans who have been with us every step of the way. I want to assure them that, neither I nor the team will ever give up and will keep fighting till the final whistle.”
“I would like to thank the Odisha FC management for this opportunity, and I shall work hard to repay the faith that they have shown in me,” Isaac added.