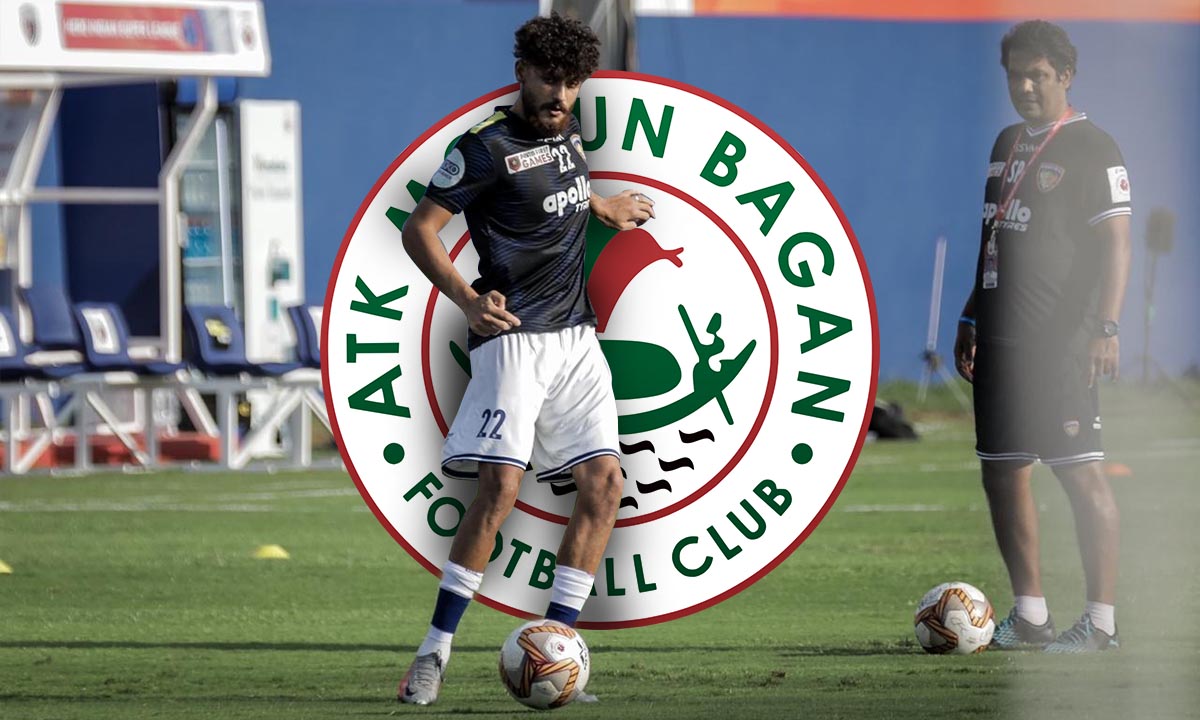 Indian Super League side ATK Mohun Bagan announced the arrival of Deepak Tangri from Chenaiyin FC on Tuesday. The young Indian defender will wear the Green and Maroon colors in the upcoming season of ISL. Football Monk takes a look at what Tangri brings to the Kolkata Giants.

Deepak Tangri spent his early development years at the Chandigarh Football Academy. In 2014, he moved to Kolkata and joined the U-18 team of Mohun Bagan AC. He continued to improve his game during the three years spent with the Mariners. In 2017, Deepak was scouted in AIFF for their developmental side Indian Arrows. Thereafter he made his debut in the Indian top tiers before joining Chennaiyin FC in the following season.

In his first season at Chennai, Dipak was loaned out to his former club Indian Arrows. It was in the following seaosn when Deepak broke through into the Chennaiyin FC squad. And from there on, he never had to look back. He spent two seasons with the Southern side and made 22 appearances for them. Of which the last season was arguably his best season so far in the Indian Top tiers.

22-year-old Tangri is a utilitarian performer. He prefers to play as a central defender. Although he is quite capable of playing in the defensive midfield as well. In times, Deepak also played the role of a side back during his time in Chennaiyin. And with 5 ft. 11″ height, he comes up with a prominent aerial presence in dead-ball situations.

What he brings on for ATK Mohun Bagan?

ATK Mohun Bagan under their head coach Antonio Lopez Habas emphasizes defensive stability with utmost discipline. Deepak Tangri can fit into that set up quite easily. He can also be replacing option for the other defenders like Sandesh Jhingan and Tiri. In a highly competitive league like ISL, squad depth turns out to be crucial in longer run. And Deepak can provide that depth for the Green and Maroon as they are going to challenge for glory in the next season.

Speaking exclusively with Football Monk, Deepak Tangri expressed his excitement and motivation towards joining ATK Mohun Bagan. He said: “It’s an amazing moment. I was there ( in Mohun Bagan AC) before and it was my dream to play for the senior team. And now I have got that opportunity, I’ll give my best.”

Quizzed about choosing ATK Mohun Bagan as his next career destination, Deepak replied, “It’s a big team. They play for winning the title. There are many senior players like Sandesh Paji and Tiri in the team. So, I’ll be able to learn a lot from them. And with time, I hope I can grow myself as a player here in ATK Mohun Bagan”.