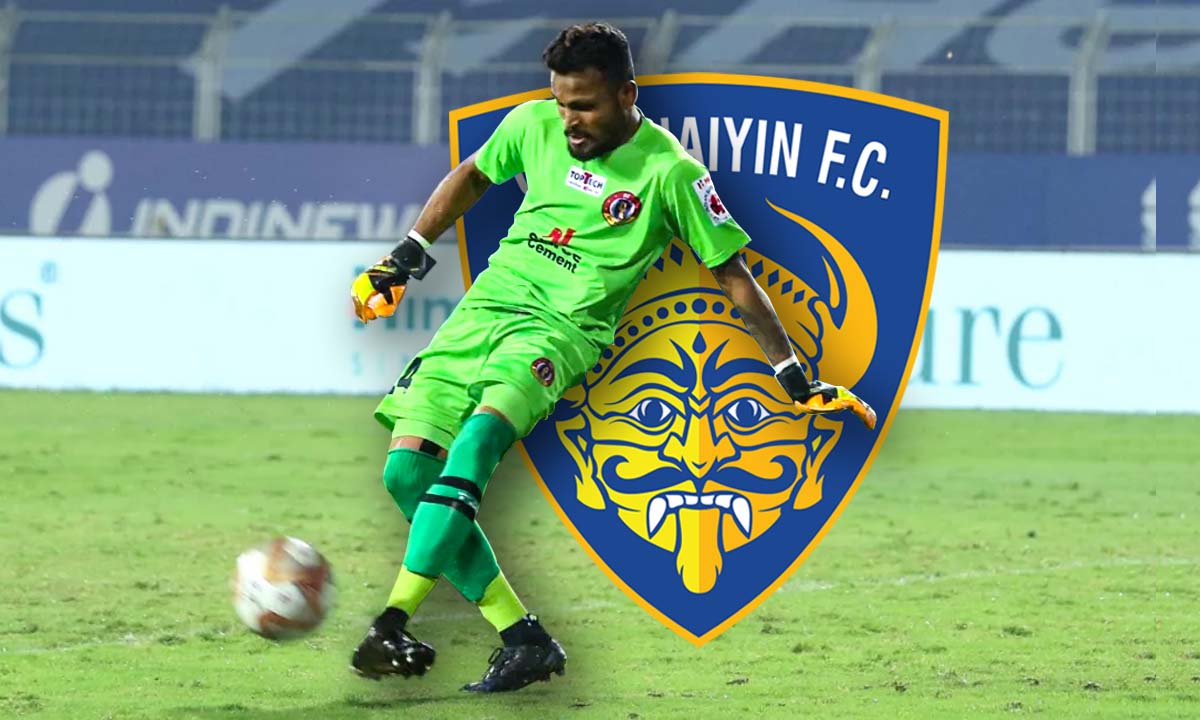 Indian Super League side Chennaiyin FC has, on Wednesday, confirmed the signing of Debjit Majumder. The experienced defender will join the Southern club after a single season for the Kolkata Giants SC East Bengal. Football Monk takes a closer look at what Debjit can bring into the Chennaiyin squad.

Debjit’s career through the years

Bengali goalkeeper Debjit Majumder has an illustrious career behind him. He has been part of many successful sides winning several trophies over the years. The 33-year-old keeper started his professional career at the Food Corporation of India Football Club, back in 2008. After spending 2 years with them, Debjit moved to Kalighat Milan Sangha for the 2010-2011 season. Although, later on in 2011, he was loaned out to United Sikkim for a single season.

After these early years, in 2011 Debjit made his first major move. He joined Kolkata Giants East Bengal Club. But just after one year, he went to Bhawanipore Football Club. At this point, Debjit career took a turn around as he joined Mohun Bagan AC in 2014. From there on, he never had to look back.

Debjit was part of Mohun Bagan’s historic I-League winning team in 2015. He also won the Federation Cup next year with the Green and Maroons. During his time in Mohun Bagan, he participated in ISL with several loan moves to Mumbai City FC and ATK. He also won the Indian Super League title with ATK in 2016. He was a crucial part of the team as he saved the final penalty in the shoot out to make sure the Kolkata side’s second ISL Trophy in 3 years. Debjit was a squad member of Mohun Bagan’s 2019-2020 I-League victory under Kibu Vicuna. Through the years, his terrific performances earned him the nickname “Savejit.”

Debjit Majumder returned to his former club East Bengal Club for the 2020-2021 season. Although, this time it was the newly formed SC East Bengal and the competition was the Indian Super League. Red and Golds didn’t have a successful inaugural season in ISL. But, Debjit was brilliant under the bars from time to time. He won several ‘Hero of the Match’ titles in the first half of the season.

But as the season went on, he couldn’t keep up his performance. As a result, at the end of the season, he was mostly reduced to the bench. Hence as a consequence, a transfer move became inevitable in this summer window.

What Debjit can bring into the Chennaiyin squad?

Chennaiyin FC had a roller-coaster ride of a season in 2020-2021. Although they were looking promising in patches, they never were able to capitalise on that. As a result, they finished in 8th place on the league table. They also conceded an alarming 23 goals in the whole tournament. With an experienced player like Debjit under the bars, Chennaiyin will surely be looking for a bounce back.

After joining the Marina Machans, the Bengali keeper expressed his feelings. He said, “I’m really excited to play for Chennaiyin FC and keen to perform and contribute to bring its third title. Vishal (Kaith) is a good goalkeeper and he has been doing well for the last two seasons, so it will be healthy competition in the team. We both will look to bring good results for the team.”
“I’m also looking forward to working closely with the youngsters in the club and passing on the experience,” Majumder added.

Though his experience and achievements speak for themselves, Debjit had a bad last season with Mohun Bagan in 2019-2020. He was dropped from the starting lineup after some howlers. Although, with SC East Bengal, he tried to give his best. But the overall performance of the team also affected him. With this move, Debjit will surely be looking for a turnaround in his career.