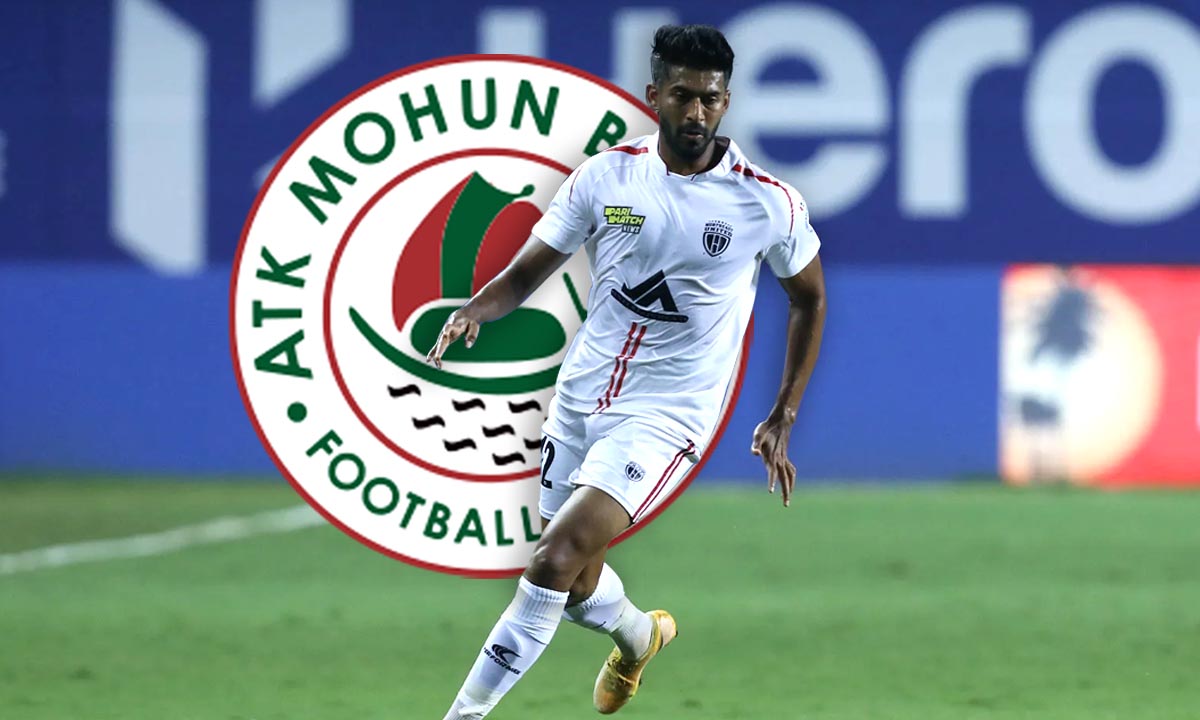 Indian Super League side ATK Mohun Bagan confirmed today the arrival of Indian International Ashutosh Mehta ahead of the forthcoming season. Mehta joined the Mariners on a two-year deal from Northeast United FC. Football Monk takes a look at what the 30-year-old defender can bring to ATK Mohun Bagan FC.

Ashutosh started his journey with his hometown club Mumbai FC back in 2010. He was a regular starter in the I-League for them. Mehta went on to make 82 appearances and scored six goals for Mumbai FC between 2010-2015.

In 2014, FC Pune City penned his signature for the inaugural ISL. Although Pune City did not have a memorable season that year, Ashutosh made his presence felt in all the 10 matches that he featured. Next season in 2015, Mehta moved to fellow Maharashtra rivals Mumbai City FC. He made 16 appearances for them over the course of two seasons. Ahead of the 2016-17 season, he signed for Aizawl FC. He became one of Khalid Jamil’s most trusted lieutenants. Together they wrote the brightest story of a dark horse as Khalid Jamil and co. helped the people’s club clinch their first-ever title.

His excellent performances caugfht many eyes, and hence ATK FC came calling. The then defending ISL champions picked Mehta in the 2017 ISL players’ draft. He was at ATK for one season and scored a goal in 14 outings for the Bangla Brigade. He returned to his first ISL club, FC Pune City in the 2018-19 season. But, couldn’t really manage to break into the starting XI very often and ended the season with just 7 caps.

As FC Pune City shut down their operations in 2019 and moved its base to Hyderabad, Ashutosh joined Mohun Bagan. At Bagan, he came as a regular starter under Spanish manager Kibu Vicuna. His exploits earned him his second I-league title.

In 2020, as ISL champions ATK and I-league champions Mohun Bagan joined forces to form ATK Mohun Bagan, Ashutosh signed for Northeast United. It was a great season for the full-back both individually and as a team. The Highlanders scripted a fairytale comeback and made it to the semi-finals under Khalid Jamil.

After a great domestic campaign, he was picked by Igor Stimac for the international friendly which took place in Dubai. Ashutosh earned his national team debut against Oman.

What his signing brings to ATK Mohun Bagan:

The Mariners fell short against Mumbai City FC in the final last season and are ever so motivated to get things back on track. Mehta’s signing brings in a lot of experience and quality for the Mariners. He is someone who is always willing to learn and gives his 200% every time he is on the pitch. Ashutosh is a very versatile player and can fit into multiple positions according to the need of the situation.

He mostly plays as a right full-back, but can also play higher up the field if needed. His pace and accuracy to put in pin-point crosses is an added advantage. The 30-year-old is also very physically sound on the pitch and hence getting past him is not so easy as he is too quick to react. The 5’11″ tall defender is always an aerial threat every time it comes to set-pieces.