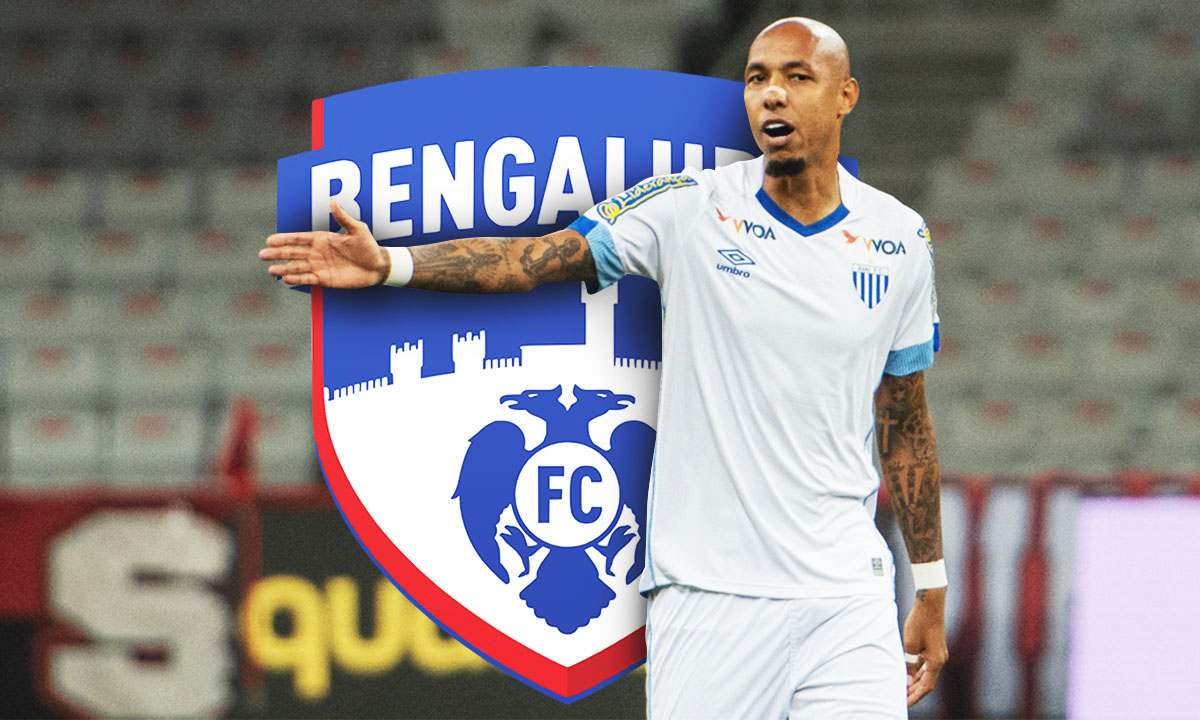 Indian Super League side Bengaluru FC, on Tuesday, has announced the signing of Brazilian defender Alan Costa on a loan. The thirty-year-old centre back has joined Bengaluru on a two-year contract which will see him in India until the end of the 2022-2023 season. Football Monk takes a closer look at what Alan Costa can bring into the Bengaluru squad.

Alan’s career through the years

Alan Costa started his youth career at the youth ranks of Ferroviaria back in 2007. Later in 2009, Alan joined the academy of Palmeiras. The very next year, he returned to his former club Ferroviaria and started his senior career, there.

Growing up, Alan has played in several clubs in his homeland. During 2010-2011, he was part of Ferroviaria and Sao Bento’s squad. Although he couldn’t break into those squads. Things soon changed when Alan joined Sporting Club Internacional, in 2013. He became a vital part of that team and spent 5 consecutive seasons there. He had a total of 33 league appearances for Internacional. Although, a one-year loan move to Esporte Clube Vitoria was within this period (in 2017). Alan played 8 matches for Vitoria.

In 2018, Alan Costa joined another Brasiliero Serie-B team Coritiba Football Club. He had 17 appearances in the lone season for them. The next year was the busiest season so far in Alan’s professional career. He joined Centro Sportivo Alagoano (CSA) and had a total of 47 appearances in the 2019-2020 season. He also scored 3 goals this season. Last year, he spent in yet another second division team Avai FC.

What Alan can bring into the squad?

Within the age of 30 years, Alan Costa has his fair share of clubs all around in Brazil. But with his level of fitness and gigantic height of 6ft 4″, he can become a valuable asset for Bengaluru’s squad. Apart from his experience, the opportunity of playing in the Brazilian system for so long surely adds to his attributes.

Bengaluru FC had a tough season in 2020-2021. Their manager Carles Cuadrat had to leave the club after a poor start. Cuadrat’s assistant Naushad Moosa took on the head coach’s role. Although it did change their form, it was too little, too late.

Under the new manager Marco Pezzaiuoli, the Blues are looking for a bounce back. Bengaluru FC conceded a total of 28 goals in the last season. Pezzaiuoli will surely want to build a better defensive organisation in order to compete. And an experienced international like Alan Costa might just be the perfect fit for the Blues.

Alan Costa has shared his delight to come to a foreign club for the first time. He said, “I’m really happy to have signed for Bengaluru FC and I have good expectations about Indian football. I didn’t know too much about the Indian Super League, but I have friends who have played here, who have only great things to say.”

Besides, Alan is fully aware of the challenges and expectations as he said, “The new project at BFC is one that excites me, and I am eager to repay the trust of those who showed the faith to bring me here. I am aware that the club hasn’t had a great run of late, but I want to show my experience and make sure that this season is different.”

“I’m happy to welcome Alan to Bengaluru FC. I think he is a very important player on the pitch and has a commanding personality off it. He is a natural leader and has captained teams that he has been part of in the past,” said Marco Pezzaiuoli. As the new manager of Bengaluru FC, he will be looking forward to continuing the challenging mentality the club possess. An experienced recruit like Alan shows that the Blues are ready for the challenges in the upcoming season.