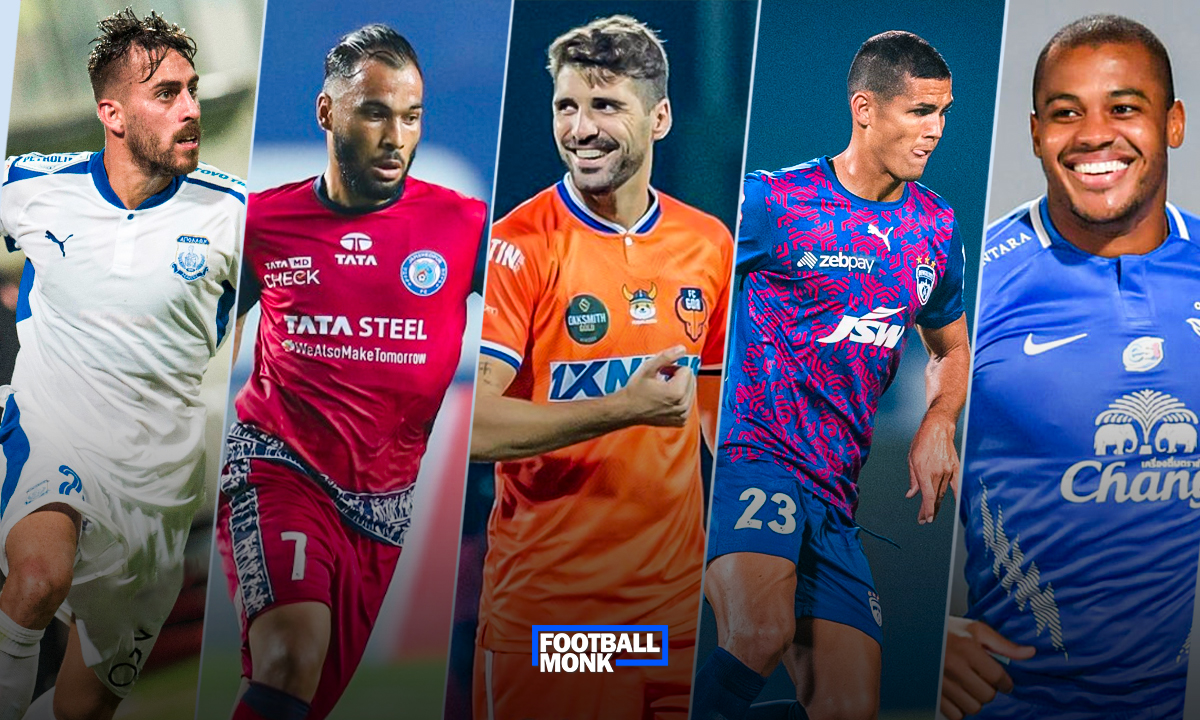 Versatile defender Charalambos Kyriakou, who plays as a right back, is the first name on the list. The defender will be the first foreign player for East Bengal to arrive in the City today on the 13th of August. Charalambos began his career with Omonia in the Cypriot League. After spending six seasons with the Queens, he moved to Ethnikos Achna FC. A year later, he joined the legendary Cypriot club AEL Limassol in 2016. Charalambos has been a Limassol player ever since.

Kyriakou featured for the Cyprus National team 12 times, with the most recent appearance coming in 2020 in the UEFA Nations League. The 32-year-old also captained the National team once, against Greece in an International friendly.

Ivan has become a household name in Goa following his performances with the Gaurs for the last two seasons. The Spanish centre-back has been one of the first names in the Goan lineups over the two years. He made 36 appearances for the club, scoring thrice and keeping seven clean sheets. He also captained the Gaurs on various occasions.

Ivan Gonzalez’s signing doesn’t come as a surprise. The player had revealed much earlier on his social media accounts that he will be joining the Red and Golds. The Spaniard is expected to form the heart of the East Bengal defence along with Sarthak Golui.

The third signing whom Emami East Bengal announced yesterday was Alex Lima. The Brazilian has been one of the most consistent players in the ISL with Jamshedpur. He can play across various positions in the midfield. Alex has wide experience of playing in the USA, Switzerland, Korea and of course in the ISL. His experience will help solidify the East Bengal midfield.

Lima played every match for Jamshedpur last season and was instrumental in winning the League shield title. He had 4 assists to his name along with an all-important goal against ATK Mohun Bagan.

Cleiton Silva needs no introduction to Indian Football. The Brazilian forward formed a lethal partnership with Sunil Chhetri in the Bengaluru attack ever since joining the Blues. Good with both his feet and with his head, it is no doubt that Cleiton will be leading the East Bengal attack under Constantine.

Cleiton scored 9 goals last season and finished 3rd in the Golden boot race. The Brazilian scored 16 goals in total for Bengaluru FC, assisting a further 7. Silva can also step up for set pieces, adding to his lethal powers. Cleiton can easily be termed as the biggest signing so far for East Bengal.

The last player to be announced yesterday was Brazilian forward Eliandro. Mostly a centre forward, the 32-year-old can also play on both the wings. Eliandro started his career in Brazil, and then had successful spells in Malta, Lithuania and Thailand.

Eliandro has been playing in Thailand since December 2018 and scored 31 goals during this period.