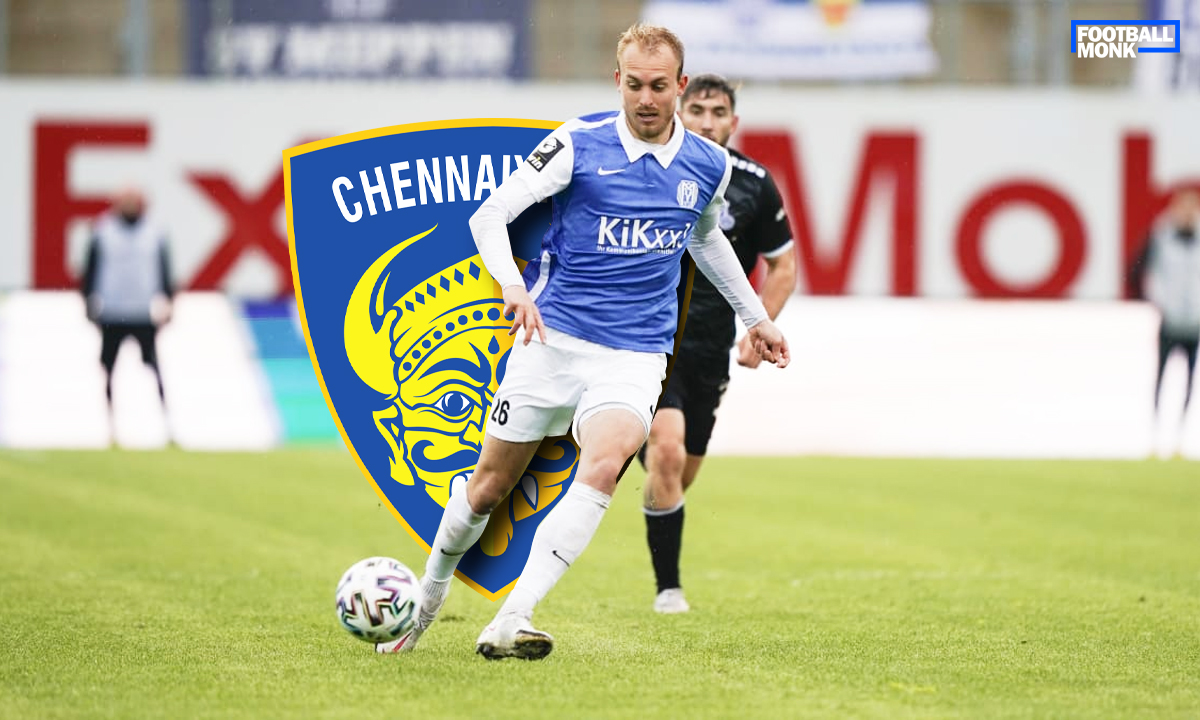 Former Indian Super League champions Chennaiyin FC have completed the signing of German midfielder Julius Duker on a one-year deal. Julius’ contract with his last club expired on June 31st, and he is now a free agent.

After two back-to-back below-par seasons, the Marina Machans are determined to build a strong team. In order to do that, they have revamped their whole squad and have already made quite a few good signings.

A source keeping track of the development confirmed Football Monk, “Julius Duker has penned down a one-year contract with Chennaiyin Fc which will keep him at the till 2023.”

The defensive midfielder spent one more season there before moving to  3. Liga club FC Magdeburg. In 2018, Duker helped Magdeburg to win 3. Liga and get promoted to 2. Bundesliga.

Next season he joined SC Paderborn in the 2. Bundesliga. However, he couldn’t conjure up many appearances and joined his former team, Braunschweig, on loan.

Ahead of the 2019–20 season, Duker joined SV Meppen and spent two seasons there. Finally, in the 2020-21 season, Duker signed with the newly promoted 3. Liga side TSV Havelse.

With the aim to rebuild their squad, Chennaiyin management have signed a new head coach, multiple new foreigners and Indians. They are on the course of building a formidable side that can challenge both Durand Cup and ISL.

Mainly a defensive midfielder, 26-year-old Duker can play in all the midfield positions and will add depth and more stability to an already strong Chennaiyin midfield.