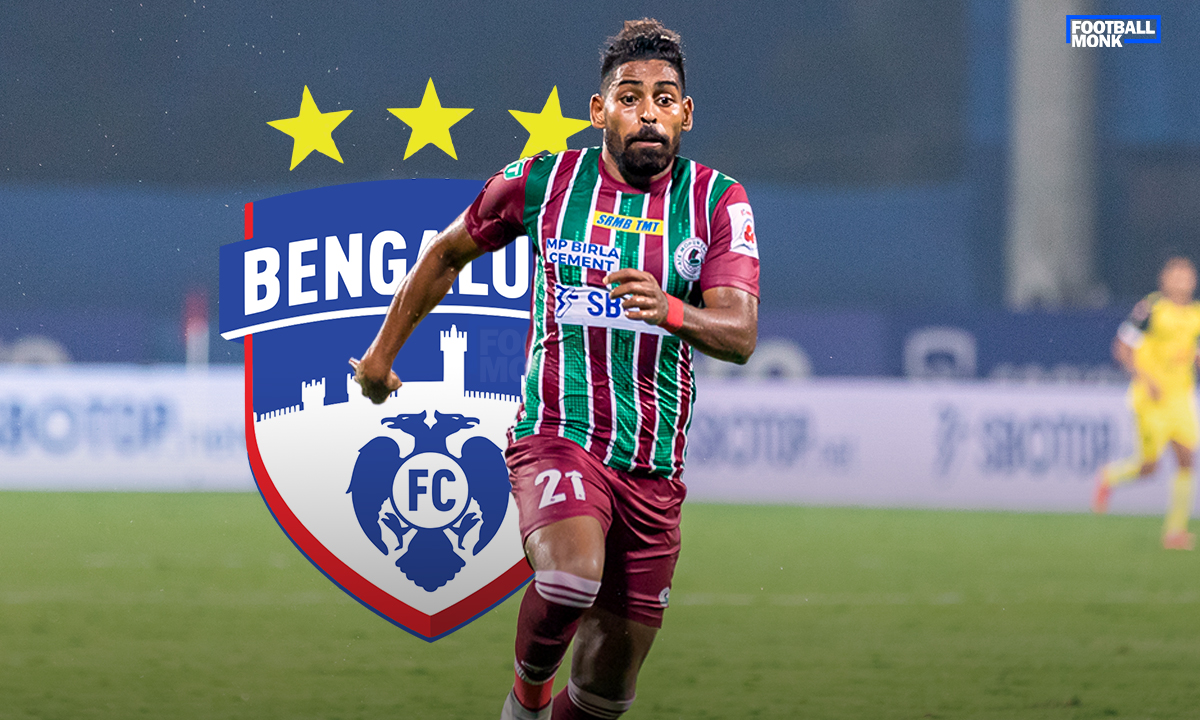 Indian Super League side Bengaluru FC have completed the signing of Roy Krishna ahead of the next season, Football Monk can exclusively confirm. The 34 years old Fijian is currently a free agent. ATK Mohun Bagan parted with the star striker last month.

Earlier this month ATK Mohun Bagan fans were left in shock and dismay when the club announced the departure of their star striker Roy Krishna.

Initially, Kerala Blasters, Bengaluru FC and NorthEast United made the run for Roy. But it’s Bengaluru FC who were the most desperate. And have now penned in the striker.

“Bengaluru showed the most interest in Krishna since the very first day. They were ready to match the expectations put forward by the striker. And has finally signed the experienced ISL campaigner on a lucrative deal”, a source keeping track of the development confirmed Football Monk.

Roy Krishna needs no introduction to Indian Football. He has been one of the biggest signings in the history of the league. Roy set sail from Wellington Phoenix and joined ATK FC in 2019, making an instant impact. He guided his team to their record third trophy.

Following the merger, he remained the most lethal striker of the team and took ATK Mohun Bagan to the Final. However, he failed to make an equal impact in the recently concluded season. Krishna scored 36 goals and provided 18 assists in his 60 ISL appearances.

After spending three seasons in Kolkata, the 34 years old Fijian parted ways with the Kolkata Giants. Speaking in an exclusive interview with Football Monk, Krishna told, “It was not my decision to leave ATK Mohun Bagan”.

He further added, “I think it was more of the coach who wanted to play a different style and I was informed I wasn’t fitting in the style”.

Bengaluru FC is making a huge change to their overall squad and signing Roy Krishna is a part of the process. The Blues had earlier roped in Javi Hernandez and Prabir Das – two significant faces in the 2019 Champions run for ATK FC, and have also recently signed long-term contracts with their promising youngsters.

The Blues have been out of the top 4 for two consecutive seasons and it is evident that they are following a proven formula to get back to the glory days. Will the mixture of youth and experience guide them back to success? Only time will tell.