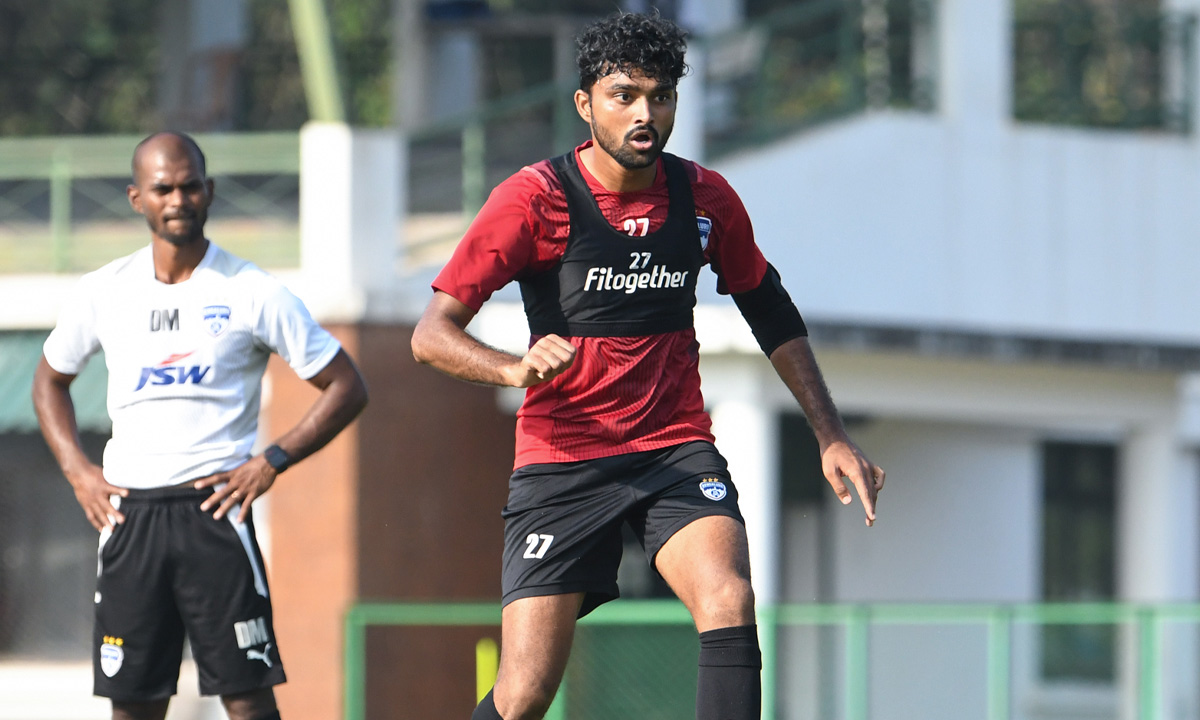 Bengaluru FC announced that versatile defender Parag Shrivas had committed his future to the club. Signing a new three-year deal to keep him with the Blues until the end of the 2024-25 season. The 25-year-old, who joined the club as part of its Residential Academy in 2017, made his first-team debut in February 2019. He was eventually named BFC-B Player of the Season later that year.

“I’m really happy to have signed a new contract with Bengaluru FC. I have grown a lot as a player since I joined the club five years ago, and I’m looking forward to contributing more under the new coach in the coming seasons. I can’t wait to regroup with the team and for pre-season to begin,” Parag said, following the completion of formalities on his deal.

Parag turned out for the Pune FC Academy before joining the Bengaluru FC Residential Academy under the then Head Coach of the Blue Colts, Naushad Moosa, in 2017. In five years since, Parag has represented the Blues’ first team in the AFC Cup, Durand Cup, and the Indian Super League.

“Over the last two seasons, I’ve had more chances to play for the first team and that has definitely been a motivating factor for me to sign the new contract. I am thankful to my teammates, the coaches and the management at the club for giving me the right guidance and I want to make the best use of the opportunities that come my way in the future,” added Parag.

Prior to his addition to the Blues’ first-team squad, Parag turned out for Bengaluru FC B in the Puttaiah Memorial Cup, BDFA Super Division League, and I-League 2nd Division between 2017 and 2019. Club CEO Mandar Tamhane believes that the club’s Youth Development efforts have been key to the defender’s progress in recent years.

“Parag is a player we have seen grow with us, and we’re really glad that he has signed a new deal with Bengaluru FC. He came through the doors of this football club as a teenager, more than five years ago, and his move into the first team is a testament to the club’s Youth Development Program, and to his commitment and hard work. Under Simon (Grayson), I am certain that he will play a key role, and I wish him the best,” said Tamhane.

Since his Indian Super League debut in 2019, Parag has made 27 appearances in the competition, with 14 of those coming in the most recent 2021-22 campaign. Versatile in his position, Parag has turned out as a full-back on either flank, as well as a centre-back on occasions.