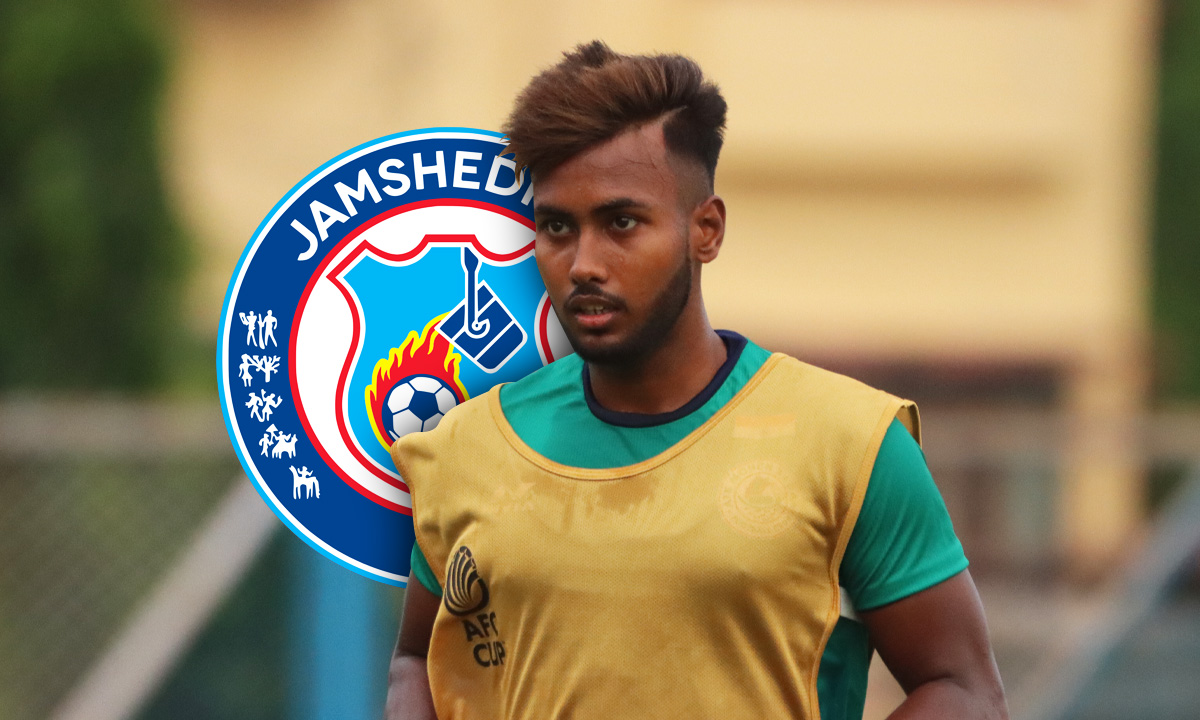 Confirmed and It’s Onn; Jamshedpur FC has completed the signing of midfielder Sk.Sahil from ATK Mohun Bagan, Football Monk can exclusively reveal. The midfielder will join the Red Miners on a 3-year-deal.

Jamshedpur FC won the ISL Shield last season and is very keen to continue their success in the League. However, after losing some key players early in the transfer window, the Red Miners will have to build a strong foundation for the team in order to reach their goals, and the midfield is the place where they need the heaviest reinforcements.

Known for having a young core of players, The Men of Steel has acquired the services of yet another young talent by signing Sk. Sahil. The midfielder is calm and composed on the ball and will definitely prove to be an excellent pivot in the center of the park. “Sahil has signed a 3-year deal with Jamshedpur FC, keeping him with the club till 2025,” a source close to the development confirmed to Football Monk.

Born in the suburbs of Kolkata, Sahil began his career at the reputed Mohun Bagan academy. He was a part of the Mariners youth setup before making a breakthrough I-League season with the club. Sahil was instrumental in their second I-League triumph and was responsible for all the good things that happened in the midfield. The midfielder received widespread praises for his performances after the end of the season.

Following the merger with ATK, Sk.Sahil joined ATK Mohun Bagan in the ISL. He had a mixed debut season in the league, making just 7 appearances under Antonio Lopez Habas. Next, he featured in all games of the AFC Cup in 2021. However, he mostly came on as a second-half substitute in those games.

In the recently concluded ISL season, he didn’t feature for even a single minute with the mariners.

What Sahil brings to Jamshedpur FC

Young and versatile, Sahil has the capability to do excellent things in the midfield and he perfectly suits Jamshedpur’s style of play. JFC too likes to keep their squad young, thus Sahil becomes a perfect candidate for the club. Sahil forms an excellent screen in front of the defence, thus destroying opposition attacks before they reach a dangerous place. Moreover, he plays the role of a pivot excellently, linking up the defence with the attack. All in all, he is the perfect candidate around whom the club can build a midfield in the future.