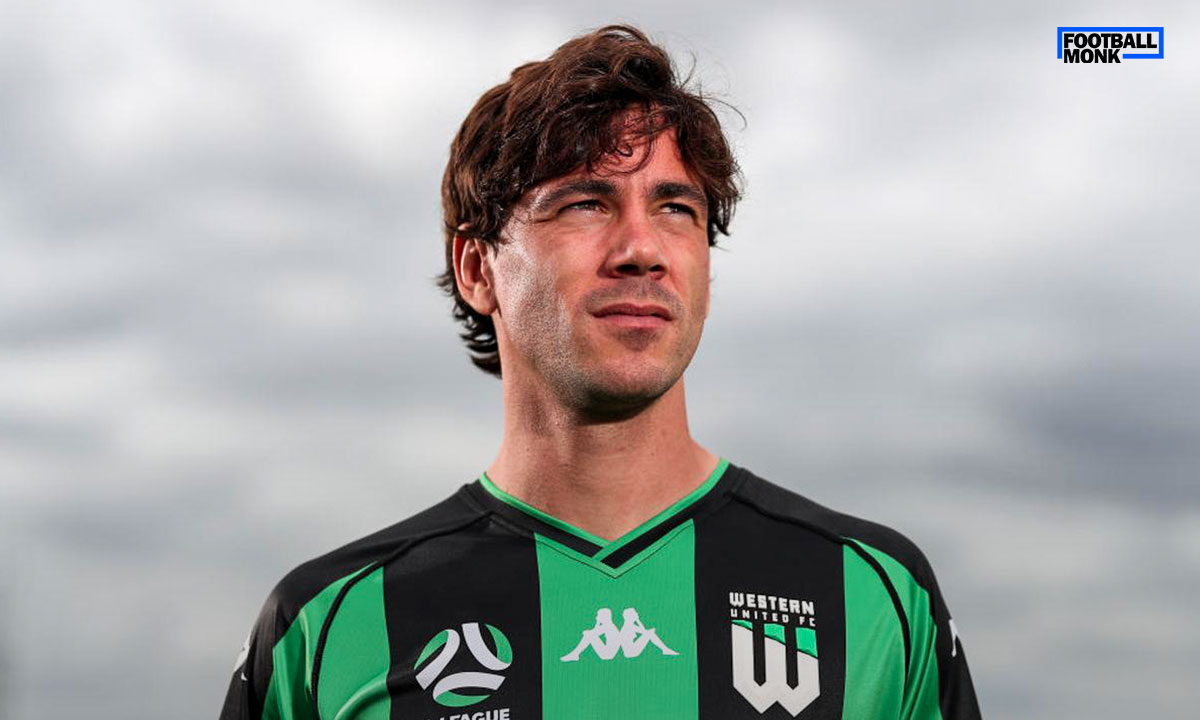 FC Goa has completed the signing of Iker Guarrotxena, and the Club can officially confirm. Having penned a two-year deal with the Gaurs, the Spaniard will wear their iconic Orange till the summer of 2024.

Guarrotxena spent last season in the colours of UD Logrones in the Primera Division RFEF (Spanish third-tier) where he was the fourth-highest goal-scorer in the league with 14 strikes that included a hat-trick and two braces. With 17 goal contributions in all (including three assists), the Spaniard helped Logrones secure a place in the promotion play-offs.

“It’s an honor to be a part of FC Goa. The Club has only a few foreigner players and I’m proud to be among the chosen few. FC Goa showed confidence in me, and hence, I’ll try my best to take them to new heights,” Guarrotxena said to FC Goa after signing on the dotted line.

“A few weeks ago, I got a call from Ravi (Puskur), the Club’s Director of Football. FC Goa were one of the first teams to contact me this summer, and Ravi explained their project to me in great detail which gave me confidence. I later spoke with the coach (Carlos Pena) as well.”

“Except Goa, I had options from clubs from different countries as well as in Spain. When I spoke with Goa, I was very clear that I wanted to join a project where I could win something. I wanted to win a title, a league. And for me, FC Goa was the best chance of winning something this season. And that’s why I joined FC Goa,” he further added.

Ravi Puskur, FC Goa’s Director of Football also expressed satisfaction in having completed the move for the player.

“We’re very pleased to bring someone like Iker Guarrotxena on board. We were looking to bring in a player who would contribute in creativity and connect the play.  He brings a lot of decisive quality in the final 3rd and has a lot of versatility about him, as he can play in multiple positions equally well. His profile fit exactly what the team needed.“

“When we first spoke to him, he transmitted a burning desire and ambition to win trophies and that is precisely the sort of mentality we’re looking to bring into our dressing room. He’s a well-travelled player and I’m sure he’ll have no trouble settling into the dressing room and will be an invaluable addition to the team dynamic with his competitive nature and natural leadership,” he said.

Born and raised in the city of Bilbao in northern Spain, Iker Guarrotxena spent the major part of his football career in his home country. With a large Spanish contingent in place with the Gaurs, the winger-forward should feel at ease with the playing style.

Following stints with Arenas Getxo and Athletic Bilbao’s youth teams, Guarrotxena made his senior football debut in 2011 with CD Basconia in the Tercera Division, the erstwhile fourth division of the Spanish football league system.

Guarrotxena also brings a vast amount of experience of having played in a number of other foreign leagues.  Stints with Athletic Bilbao Reserves, CD Tenerife, CD Mirandes, and Cultural Leonesa followed for the 29-year-old, who then made his first move abroad, to a Polish top-division outfit Pogon Szczecin in 2018.

He then went on to play for Greek Super League club Volos NPS and A-League (Men) side Western United over the next two seasons, before returning to Spain and signing with UD Logrones in the Primera Division RFEF (Spanish third-tier) last year.