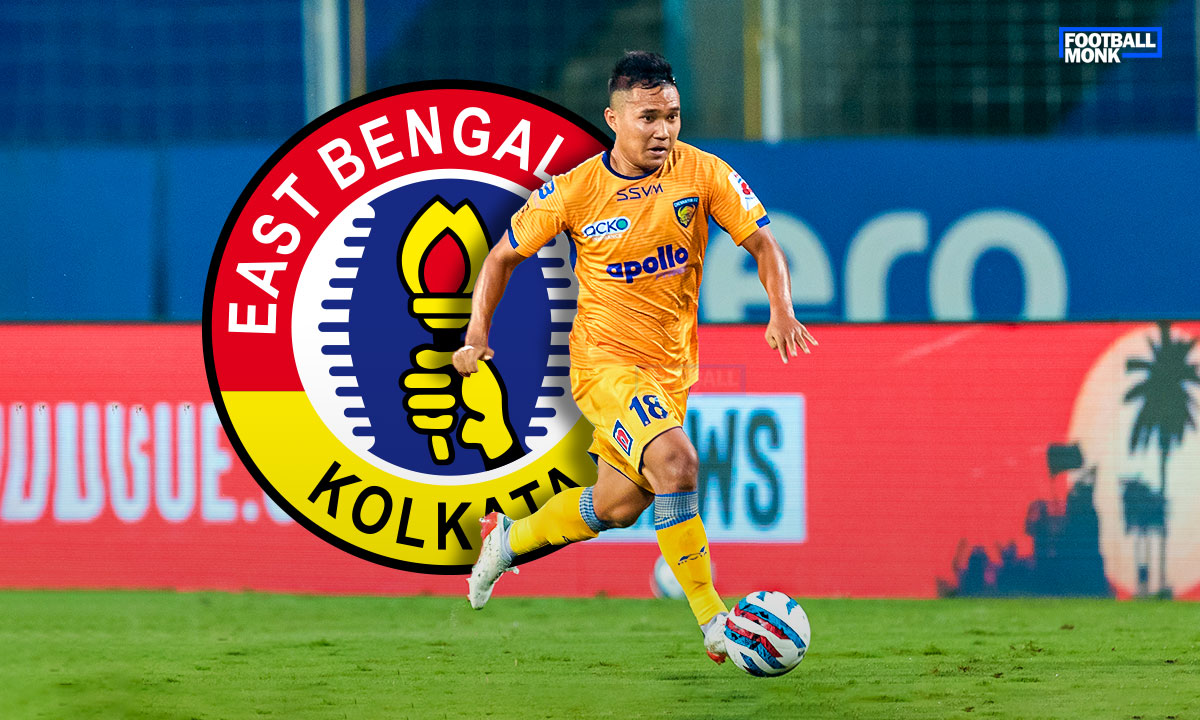 East Bengal has completed the signing of defender Jerry Lalrinzuala from Chennaiyin FC, Football Monk can exclusively confirm. The Mizo defender will join the Kolkata giants on a multi-year deal ahead of the next season.

The 23 years old’s contract with Chennaiyin ended last week and is currently a free agent. “East Bengal was quite interested in him from the very beginning and Jerry has finally agreed on terms with the Kolkata side to sign in a multi-year deal,” a source keeping track of the development confirmed.

East Bengal is looking for a complete revamp to their squad for the upcoming season. The Kolkata giants are working hard to strengthen their defense and have already completed a few signings.

Now, with an eye to strengthening the left flank, the Red and Golds have added Jerry Lalrinzuala from Chennaiyin under their roaster.

Jerry spent six seasons in Chennai and made a total of 103 appearances for the Marina Machans across various competitions. He won the coveted ISL Trophy in the 2017-18 season with Chennaiyin. However, he fell short in the 2019 Supercup final and the ISL Final the next season.

Graduated from the AIFF Elite academy in 2012, Jerry played for Bethlehem Vengthlang in the Mizoram Premier League. He was one of the five players who were sponsored for a training stint with Metz in France in early 2016. Later that year, he joined Chennaiyin FC in the ISL.

The Mizo defender made his ISL debut in 2016 in Kolkata. The defender earned widespread praises after his performances in the first season. Later, he was loaned out to DSK Shivajians for the I-League, where he made 18 appearances.

Lalrinzuala made his international debut for the Blue Tigers the next year. He also became the first player to become the Emerging Player in both ISL and I-League. He achieved the feat in the same season, in 2016-17.

What Jerry brings to East Bengal

Jerry, in spite of his young age, has vast experience of playing at the top levels. He is fast and can also whip in crosses from the left flank.

East Bengal’s defence has historically struggled massively in the ISL. With Jerry, the Red-and-Golds will not only get a pacy full-back but also someone with huge experience in the league. Thus, the Mizo defender will be an immense addition to the defense for the Kolkata giants.

Moreover, his pace and attacking prowess will contribute to the offensive part of the team as well. All in all, Jerry is an overall package, something the club desperately needs as a part of the rebuild.