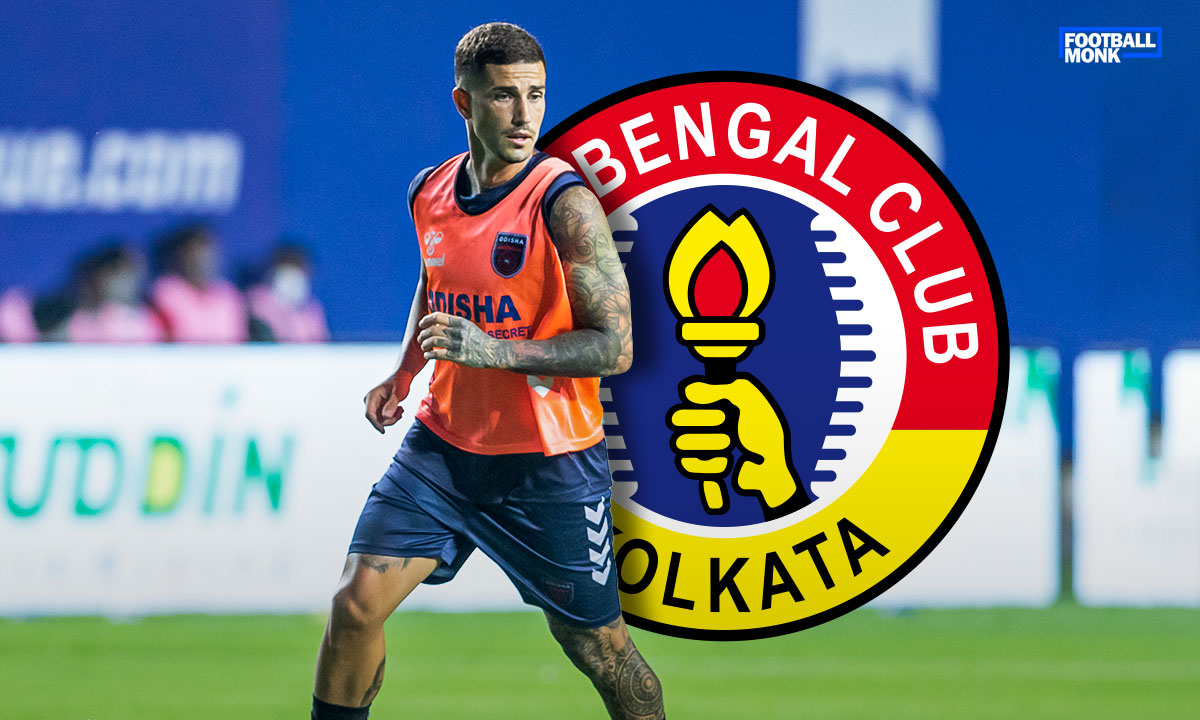 After confirming Emami as their investors, the Red & Gold Brigade has started the process to pen in the final term sheet and is expected to close down on the legal processes within the next week. On the other hand, they have also started to rebuild for the upcoming season. Earlier they secured Ivan as their first foreigner and were determined to sign another ISL-proven foreigner.

“Aridai has signed a two-year deal with East Bengal on a free transfer which will keep him at the club till 2023,” a source keeping track of the development confirmed Football Monk.

Aridai impressed fans last season with his skills and flare while playing for Odisha FC. Born in the Canary Islands, Aridai started his journey with Universidad Las Palmas in his native place. He made his senior debut for the team in 2007.

Cabrera moved to Girona in the Spanish second division in 2012. He joined LaLiga club Real Betis the following year but was reduced to the reserve team. Following his stay with Real Betis, Aridai had multiple stints at various Spanish clubs before joining Las Palmas. After an eye-catching season with them, he set sail beyond Spain’s borders for the first time in his career, when he joined Odisha FC.

Aridai joined Odisha in August last year and became a formidable presence in the team’s offense. He scored on his debut against Bengaluru FC, before netting a brace in the following game. The Spaniard came on as a substitute in both the games. He scored a total of 5 goals for the Juggernauts, assisting once. The team never lost when he found the back of the net.

A great addition to the East Bengal squad

Aridai Suarez is known for his speed and agility. Suarez can take set pieces as well, adding to his arsenal. East Bengal on the other hand, has traditionally failed to score many goals in the ISL and they desperately needed someone who has an eye for the goal. Thus, Aridai slots in perfectly for the role the club wants.

The Kolkata giants are going through massive restoration this year and they will be willing to regain their lost glory at any cost. Having already made a few domestic signings, the 2020 ISL entrants have now shifted their focus on foreigners. Suarez is someone who can score and assist as well, perfectly fitting the clubs requirements. Hence, it will not be wrong to comment that he will prove to be an invaluable member of the Red and Gold squad this season.