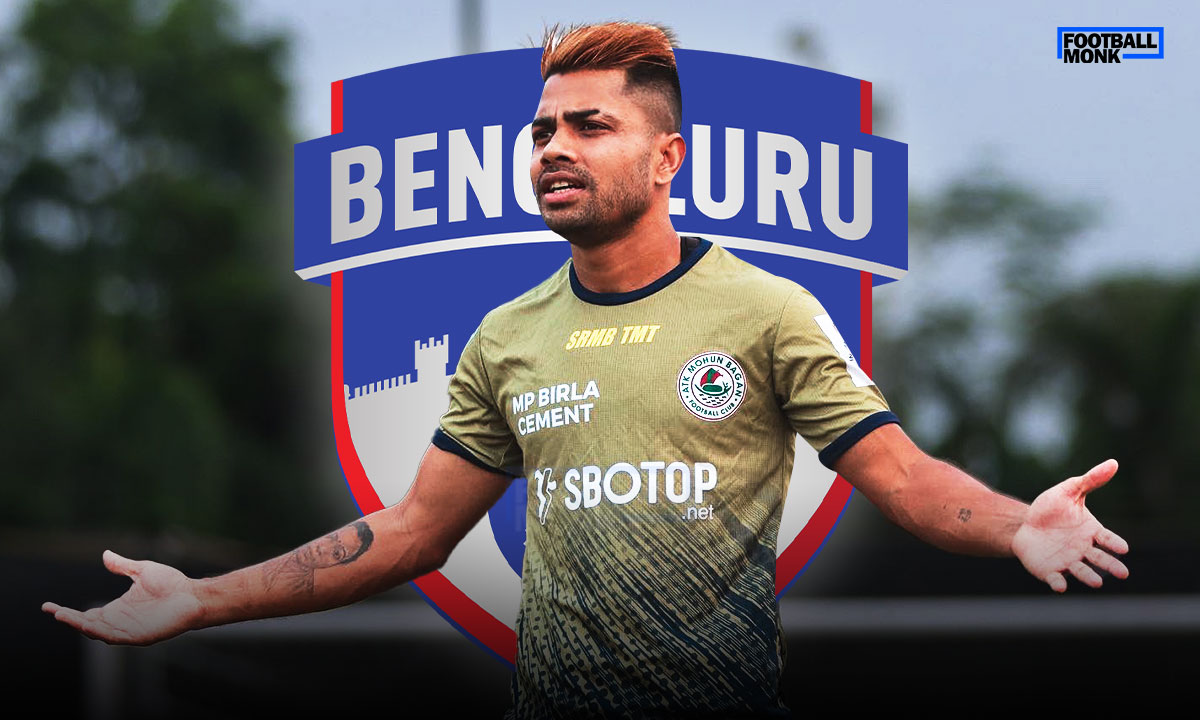 Sources keeping a track of the development confirmed that Bengaluru FC along with a few other ISL sides including East Bengal have shown interest in penning in the defender ahead of the next season. The 28 years old’s current contract with ATK Mohun Bagan runs till 31st May 2023.

It is learned that the player has held talks with Bagan for a mutual termination. Thus the move is expected to be a free transfer.

Bengaluru has been quite interested in Prabir since the last season and tried to sign him during the summer window. But that eventually didn’t turn fruitful as Bagan denied to release their player.

Ahead of the next season it seems things have turned favorable. And if it remain as of now Prabir Das is expected to join the blues next season.

Prabir Das has been one of the most successful players in the Indian Super League. He joined ATK in 2016 and played a crucial role in the Kolkata side ISL triumph. Thereafter he has been a constant at the Kolkata side for the last four seasons.

During 2019-20 Prabir arguably had his best season under Antonio Lopez Habas. When he made a comeback after recovering from a critical surgery.

He came up with a terrific performance along the flanks creating a plethora of chances up front. Even his partnership with Roy Krishna was the contemporary talk of the town.

At ATK Mohun Bagan Prabir couldn’t show up with his best. In the initial half of the last season, Das struggled to grab game time and failed to make a mark.

But after Juan Ferrando’s arrival, things started changing for Prabir as he slowly got back to form. He made frequent starts and seemed quite promising in the latter half of the season.

In the recently concluded AFC Cup matches Prabri seemed quite in a shape and back in form as he made a mark whenever given chances.

A good target for Bengaluru

Bengaluru FC last season has the campaign to forget. As they failed to qualify for the playoffs for the second consecutive time. And reports suggest the Blues are not interested to extend the stay of their talisman Marco Pezzauli.

Thus it is quite clear that Bengaluru FC is eyeing an overhaul in their quest to revamp their lost glory. Thus penning in an experienced campaigner like Prabir Das on a multi-year contract will surely bolster their goal.