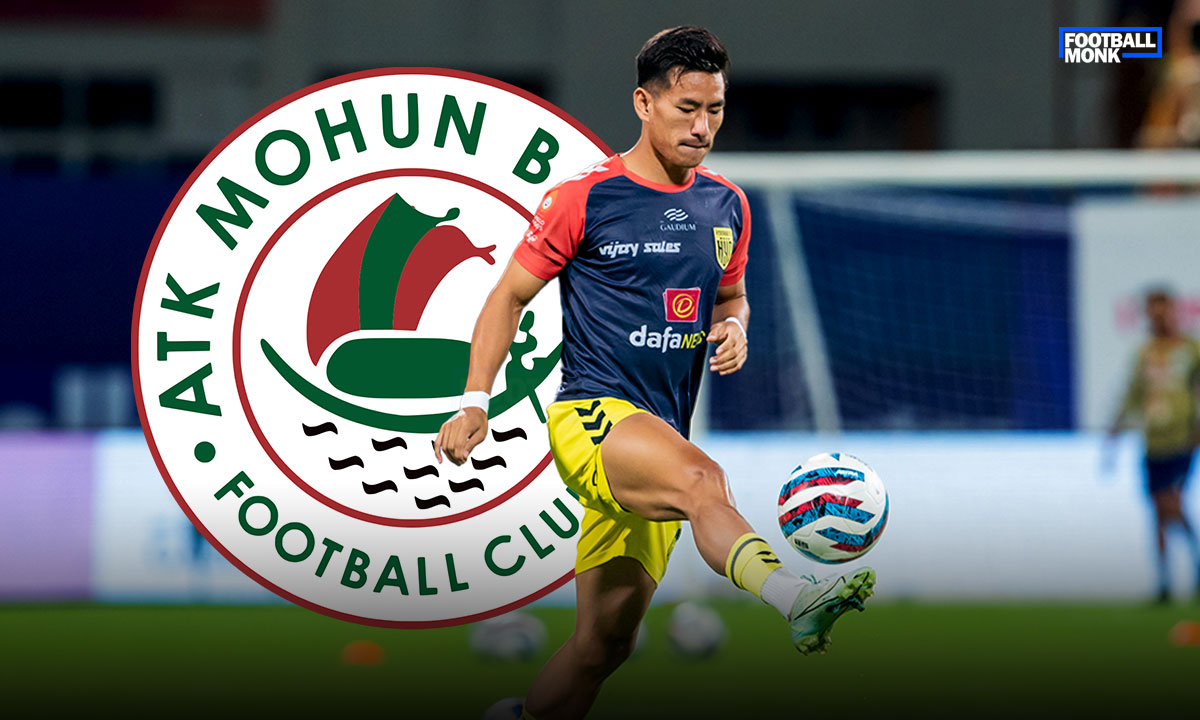 Indian international Asish Rai is all set to join ATK Mohun Bagan in the upcoming summer window, Football Monk can exclusively confirm. The 23-year-old is currently contracted with Hyderabad FC and played a pivotal role in their recent title triumph.

Asish’s current contract with Hyderabad FC runs till 31st May 2023. Former ISL champion Mumbai City was in a close contest with the Mariners for Rai.

But recent ISL champions Hyderabad FC have finally agreed to let their top defender join ATK Mohun Bagan for a transfer fee of more than 1 crore.

A source keeping track of the development confirmed Football Monk, “ATK Mohun Bagan are all set to sign in the defender on a multi-year deal. Two other ISL sides were chasing him but finally, Asish has agreed on terms with Bagan and is expected to put pen on paper soon.”

Asish will join the Mariners on a three-year deal, with an option to extend for a further two years.

Asish Rai down the years

Asish Rai started his playing career in Pune. His exposure to football took place in his hometown in Sikkim, as his uncle was himself a football player. He joined a local academy at the age of 12. Asish was soon selected to play in the Subroto cup.

Soon, he joined the Pune FC academy, which later became FC Pune City Academy. In his first season, Asish moved out on loan to the Indian Arrows. There he played 10 matches. Following his return to Pune City, Asish played 6 games for the reserve team. In his second loan spell to Arrows, Asish played every single game and even scored once against Shillong Lajong.

The following season, Asish Rai moved to Hyderabad FC and regularly featured for the Nizams in the first season.

The next season, Asish clocked more game time under Manolo Marquez. Under the Spaniard, Asish played in more attacking positions and he recorded two assists. However, Asish missed the final two matches of the season due to an injury and that cost his team a place in the semifinals.

Last season was undoubtedly the best season Asish Rai had so far. He notched up three assists in 14 games in the league stages, establishing himself as one of the finest right-backs in the country. However, he missed a few games towards the end of the season due to injuries and suspensions.

The young defender also missed the first leg of the semifinal against ATK Mohun Bagan. However, he came back for the second leg as a substitute. He proved instrumental in thwarting many attacks from Liston Colaco in the final minutes of the match. Asish started the final match against Kerala and played the full 120 minutes, thus helping his team win their maiden ISL title.

Asish Rai established himself as one of the finest right-backs in the country with his performances. ATK Mohun Bagan on the other hand is particularly weak at that position. Especially after Prabir Das has agreed to depart the club.

Hence, Asish’s inclusion will be a massive boost to the Mariners’ defence, which looks very shaky at the moment in spite of having big names up the roster. Moreover, Asish can deliver inch-perfect crosses into the box which comes as an added bonus.

ATK Mohun Bagan conceded 26 goals last season and that cost them dearly. In their AFC Cup group stage opener, they conceded a further 4 against Gokulam Kerala raising questions on their defence.

Thus, Asish Rai comes in as a solid candidate to strengthen the Bagan defence and help the team reach the heights to which they aspire.