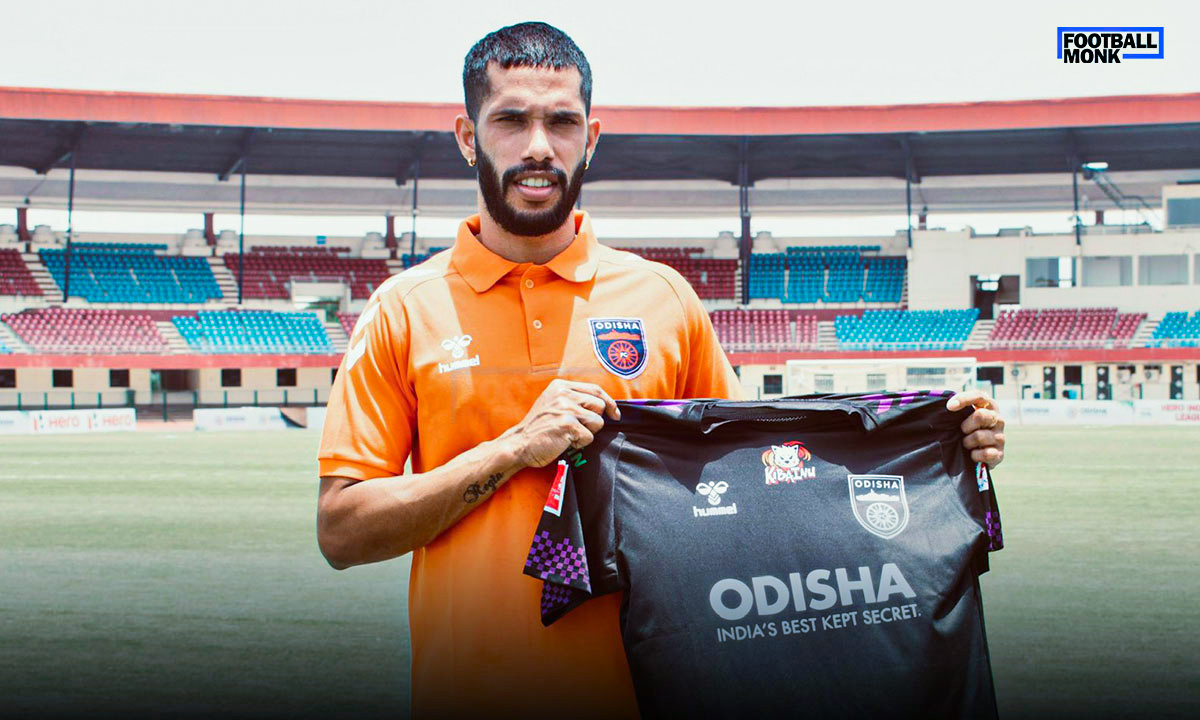 Odisha FC announced the arrival of Michael Soosairaj earlier today. The winger will join the Odisha-based team on a 2-year deal, keeping him with the club till the summer of 2024.

Born in Eraviputhenthurai, Tamil Nadu, Soosairaj first moved to Chennai when he attended Madras Christian College. At the age of 10, he started training with his local football club/academy St. Catherine FC one of the oldest football clubs in the state. He represented the college in Inter-University tournaments before joining the Arrows Football Club of the CFA Senior Division. After spending time with Arrows, Soosairaj joined another CFA Senior Division side, Chennai City. He also played for Tamil Nadu in the Santosh Trophy.

In his career, Michael Soosairaj has played for Jamshedpur FC and ATK. After ATK and Mohun Bagan joined hands, he continued at the club. He was a creative threat from the left during his ATK days when he was a regular starter at the club.

He scored 4 goals in 14 matches during the 2018–19 season. Soosai was brilliant throughout the season playing as a left or right-winger. Michael earned a lot of admiration for his performance and was one of the standout Indian players of the season. His performances led to him gaining his first international call-up.

Club President, Raj Athwal had this to say on Soosai Raj’s signing, “We are delighted to have secured the services of a player of Soosai Raj’s calibre. We hope that he can contribute to our team’s success for the next two seasons, by putting in performances that we all know he is capable of.”

Soosairaj expressed his excitement to join the Juggernauts on a 2-year deal. Speaking about the move, he said “I am so excited to have joined Odisha FC and I am looking forward to playing my first game at the Kalinga Stadium. I hope I give you guys my best and entertain you guys as well. Ama Team, Ama Game!“