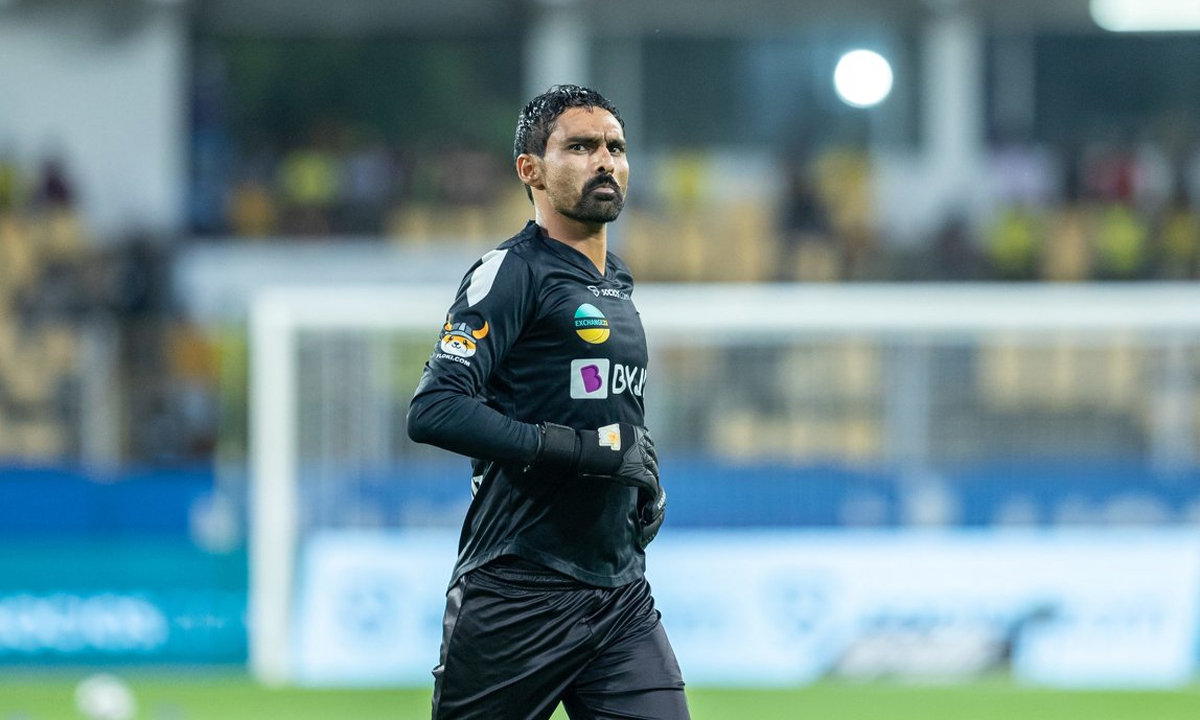 Kerala Blasters FC announced the contract extension of experienced goalkeeper, Karanjit Singh for the next year earlier today. The club had signed up with the player last year as a replacement for the injured Albino Gomes.

Towards the end of his stint at Chennaiyin FC, he handled the role of a goalkeeping coach. In 2021, Karanjit joined Kerala Blasters during the January transfer window.

Karanjit Singh made his debut for the national team in 2011 against UAE in Abu Dhabi. He has made 17 appearances for the Indian National Team. The keeper has the experience of playing in 49 matches in the Indian Super League with 118 saves and 13 clean sheets. The Punjab based keeper has won the ISL twice

“I’m delighted to continue with Kerala Blasters. I hope to impart the knowledge I have earned through my experience to my teammates. I also look forward to getting on the field and helping the team win the cup this year, especially for the enthusiastic fans who encourage us in every step of the way!” says Karanjit Singh.

“Karanjit is a record holder participant among the ISL players. His professionalism and attitude is obviously why he has been successful during his long career. He is a great example to young players and that is why we need this kind of professional in our team.” Says Karolis Skinkys, Sporting Director, KBFC.