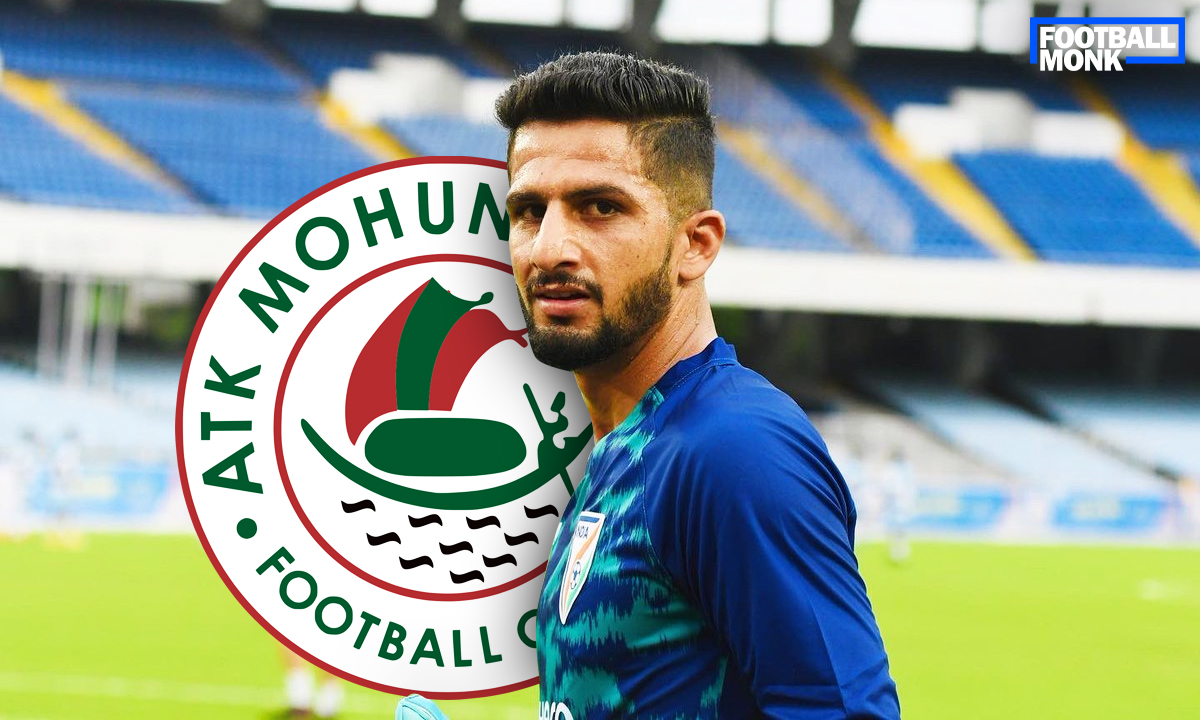 Indian Super League (ISL) side ATK Mohun Bagan is all set to rope in Vishal Kaith, Football Monk can exclusively confirm. The goalkeeper is currently a free agent and will join the Mariners on a multi-year deal.

The Kolkata Giants already have Amrinder Singh up their ranks, who joined them last year on a 5-year deal. However, in spite of all the hype, the ex-Mumbai City keeper has shown glimpses of poor performances, costing the team dearly.

This is where the ATK Mohun Bagan thought they needed further reinforcements and looked for options. Vishal Kaith, who recently parted ways with Chennaiyin FC is one of the best available among the current free keepers. Thus, the Mariner think tank went all out for the promising custodian.

“Vishal has agreed on a multi-year deal with ATK Mohun Bagan. He had interests from a few other ISL sides including East Bengal. But he has decided to join the mariners and has agreed on terms with them”, a source close to the development confirmed.

Vishal Kaith needs no introduction to Indian Football. The sturdy keeper has been a part of the National side in the past and has represented multiple clubs in the ISL.

Vishal’s journey as a footballer began in the AIFF Elite academy. He joined Shillong Lajong in 2014 and earned back-to-back man-of-the-match performances in his first two games. He joined FC Pune City on loan in 2016. However, Vishal didn’t get any playing time that season.

He joined Chennaiyi from Pune City in 2019 and instantly became a fan favourite. In 49 appearances with the Marina Machans, he kept 12 clean sheets, thus establishing himself as among the finest in the country.

Vishal Kaith is a versatile keeper who is excellent in more than one aspect. He is confident and frequently comes out of his line to clear balls, functioning as a sweeper keeper. Moreover, he is very commanding in his area, thus leading the defensive line. Hence, Vishal comes in as an invaluable addition to the Mariners, someone who can lead the team to great heights.