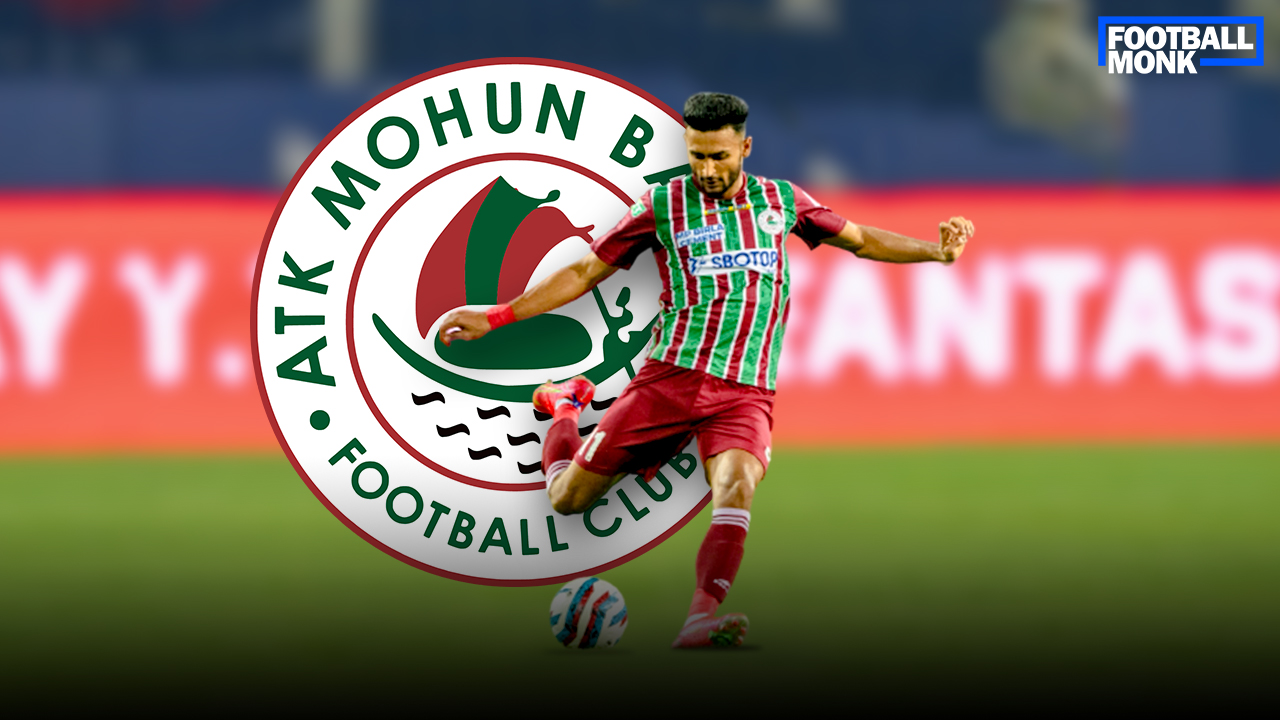 India international Manvir Singh has signed an extension with Indian Super League (ISL) side ATK Mohun Bagan, Football Monk can exclusively confirm. The 26 years old forward has penned in a 5-year long deal, which will keep him with the Mariners till the summer of 2027.

Manvir Singh has been one of the most important players for ATK Mohun Bagan ever since he arrived two years ago. His current contract with the club expires on 31st May 2023. But the Green and Maroons have already extended the stay of their prized possession. “After rounds of negotiations, Manvir has finally signed a multi-year extension with Bagan”, a source keeping track of the development confirmed to Football Monk.

Manvir joined ATK Mohun Bagan in 2020-21 from FC Goa on a then-record transfer fee. Since joining the side, the forward earned the reputation of being one of the best in the country with his displays.

In his last two seasons with Bagan, Manvir made 53 appearances. He scored 15 goals for the club and also provided 6 assists. The team never lost a game when Manvir scored for them. He has been a regular starter for the Mariners under both Habas and Juan Ferrando.

Compared to his numbers at FC Goa, Manvir has made improvements in his goal contributions by manifolds at ATK Mohun Bagan. Manvir’s terrifics along with Roy Krishna upfront often made headlines in the last couple of seasons.

At Bagan, Manvir has improved both his on and off the field performances. He has played across many positions for the team, most notably as a wide winger under Habas. His tendency to cut inside and shoot made him one of the most feared forwards in the league. Under Juan, Manvir continued to play wide.

However, he also played as a target man when the regular forwards were missing. Singh is also an important name in the national team. Thus, these qualities make him a very versatile player, something all coaches love.