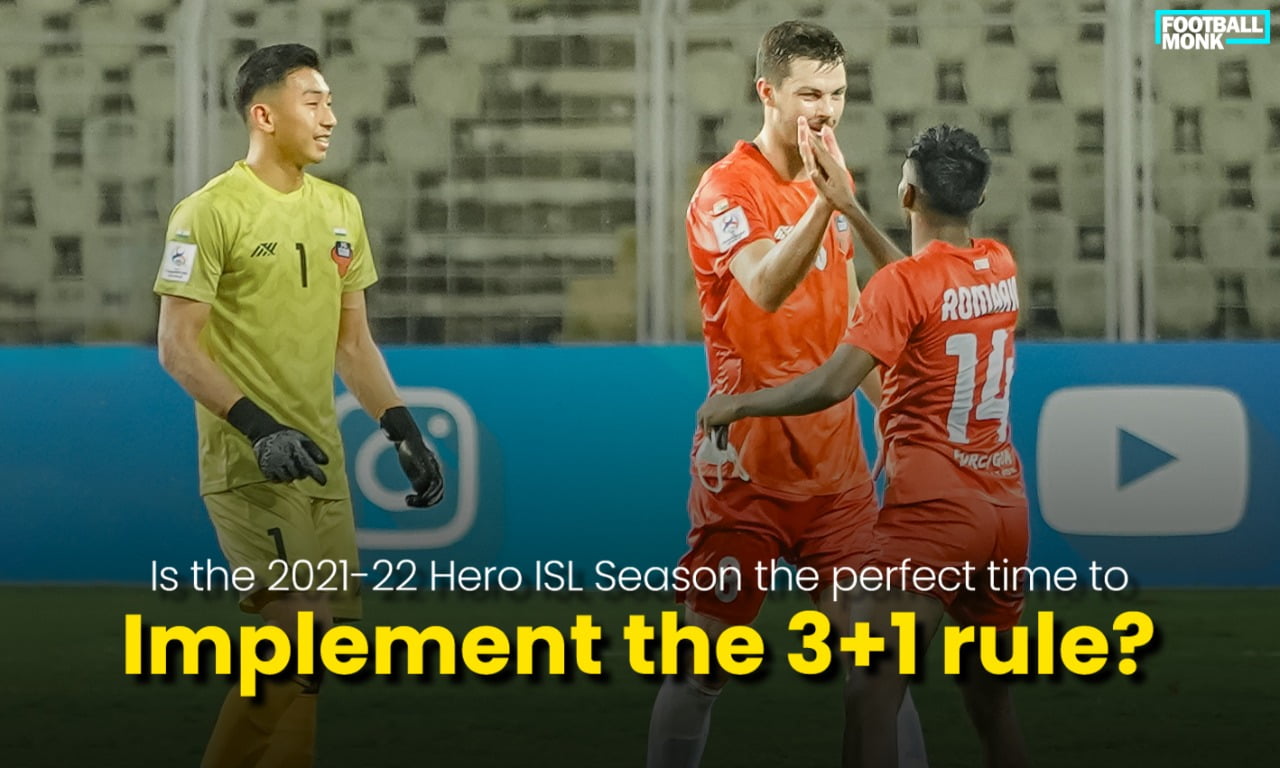 A year ago, back in May 2020 the All India Football Federation’s technical committee recommended the AFC’s foreign player quota going forward for the betterment of Indian football. The eighth and the forthcoming season of India’s top flight will see the implementation of the 3+1 foreign players rule.

The rule was recommended keeping in mind the need for more game time for young talents to feed the needs of the Indian national football team. The ISL will soon see the 3+1 rule being implemented as it is the AFC’s continental rule for participating in the Asian club competitions. The Indian Super League was given a season’s time to implement the change but the I-League went forward with it in the 2020-21 season itself.

The new rule will see all the ISL clubs adding just six foreigners to their roster, one less than the previous. Moreover, one of them should be from a AFC-affiliated country. ISL clubs will be allowed to field a total of four foreigners alongside seven Indians. Today in this article, Football Monk will take a look at the positives as well the negatives of implementing the 3+1 foreign players rule in the upcoming season.​

Starting off with the positive side, the new rule is a great example of the ISL’s future plans for the amelioration of football in the country. This move will definitely go a long way in redefining Indian football as it will hand a lot of young guns the platform and more importantly game time to express themselves on the field.

Earlier, every ISL club was allowed to sign a total of seven overseas players and five of them were allowed in the starting XI. However, that meant a lot of quality Indian players were made to warm the bench. With this new rule, we will definitely see the rise of a lot of youngsters in key positions which will also help the national team going forward.

Changing the five foreign players rule to the 3+1 is definitely a great step for the betterment of Indian football. But, it is too early to implement such a drastic change into the system because there’s a lot of room for improvement from grassroots to the ISL.

This new rule will boost participation of Indian players in the league, but the quality of league will go for a toss. The overseas players also play the role of a mentor for young, inexperienced Indian players and if their quantity is reduced, the development of Indian players could also slow down.