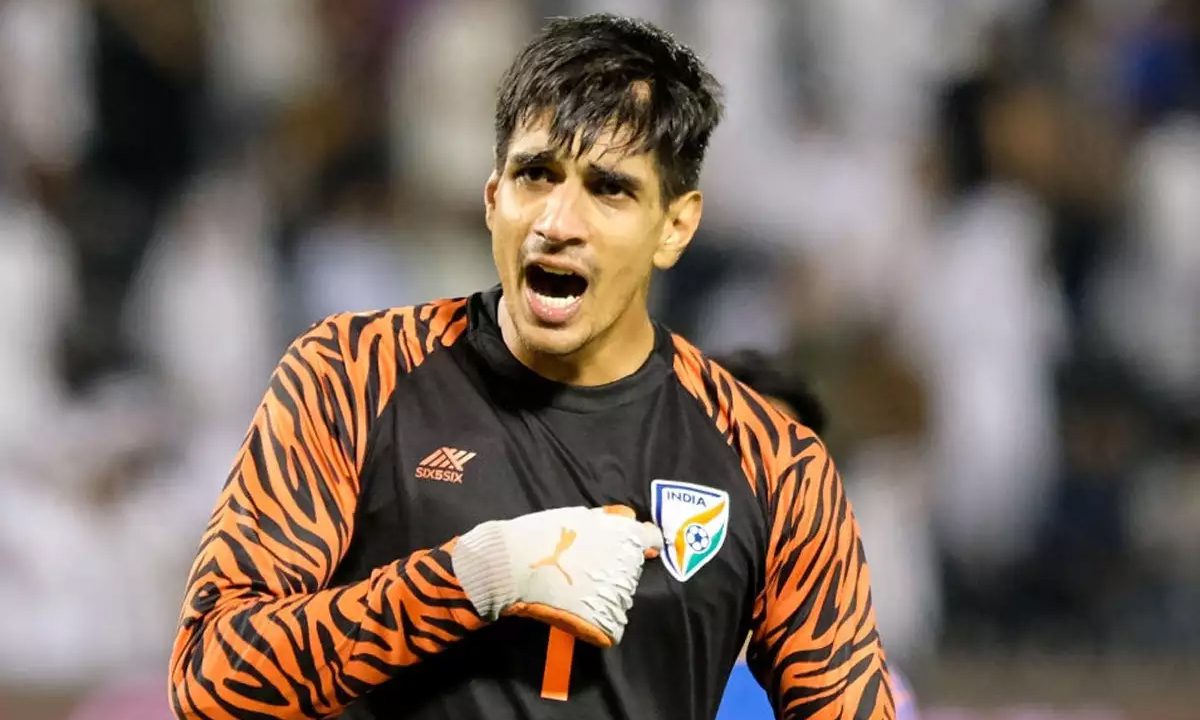 Indian Football team goalkeeper Gurpreet Singh Sandhu does not want to belittle the lower-ranked opponents in the upcoming final round of the Asian Cup qualifiers and said the hosts have to be “respectful as well as ruthless” when they kick off their campaign on June 8.

Clubbed with lower-ranked opponents in Hong Kong (147), Afghanistan (150) and Cambodia (171), world number 106 India are the favourites to make the cut for the 2023 Asian Cup main tournament from group D.

“Every draw in modern-day football is a tricky one. We need to be respectful towards our opponents,” the 30-year-old Gurpreet told the AIFF website.

“Obviously, they have also been preparing for these three matches, and it’s understandable that they have done their homework much like us.

“We can’t take anyone lightly not at this stage because the stakes are high. Even as much as we need to respect the teams we play, we need to be ruthless in our approach.” After kicking off their campaign against Cambodia, India next takes on Afghanistan (June 11) and Hong Kong (June 14).

Eleven spots are up for grabs from the third and final round of the 2023 Asian Cup qualifiers which will be competed by 24 teams split into six groups in different venues of the continent.

“We need to make sure we go out there to get the result. I believe we should be the one team that earns a ticket to the AFC Asian Cup 2023 from this group,” Gurpreet said.

“It is that place where we want to be again and again, and every four years. It’s a stepping stone for us. If we do well in the Asian Cup, there are more chances of us doing better at the World Cup Qualifiers,” he said about the significance of the tournament.

Sunil Chhetri and Co, who were eliminated in the group stage of the 2019 Asian Cup, will have a chance to qualify for the 2023 edition of the continental showpiece from group D.

Gurpreet fondly remembers their 4-1 win over Thailand in the last edition of the main tournament.

“Hopefully, we can recreate those moments again. In 2019 I was still one of the youngsters, but now I am not. I am now in the category of the older players,” he signed off.