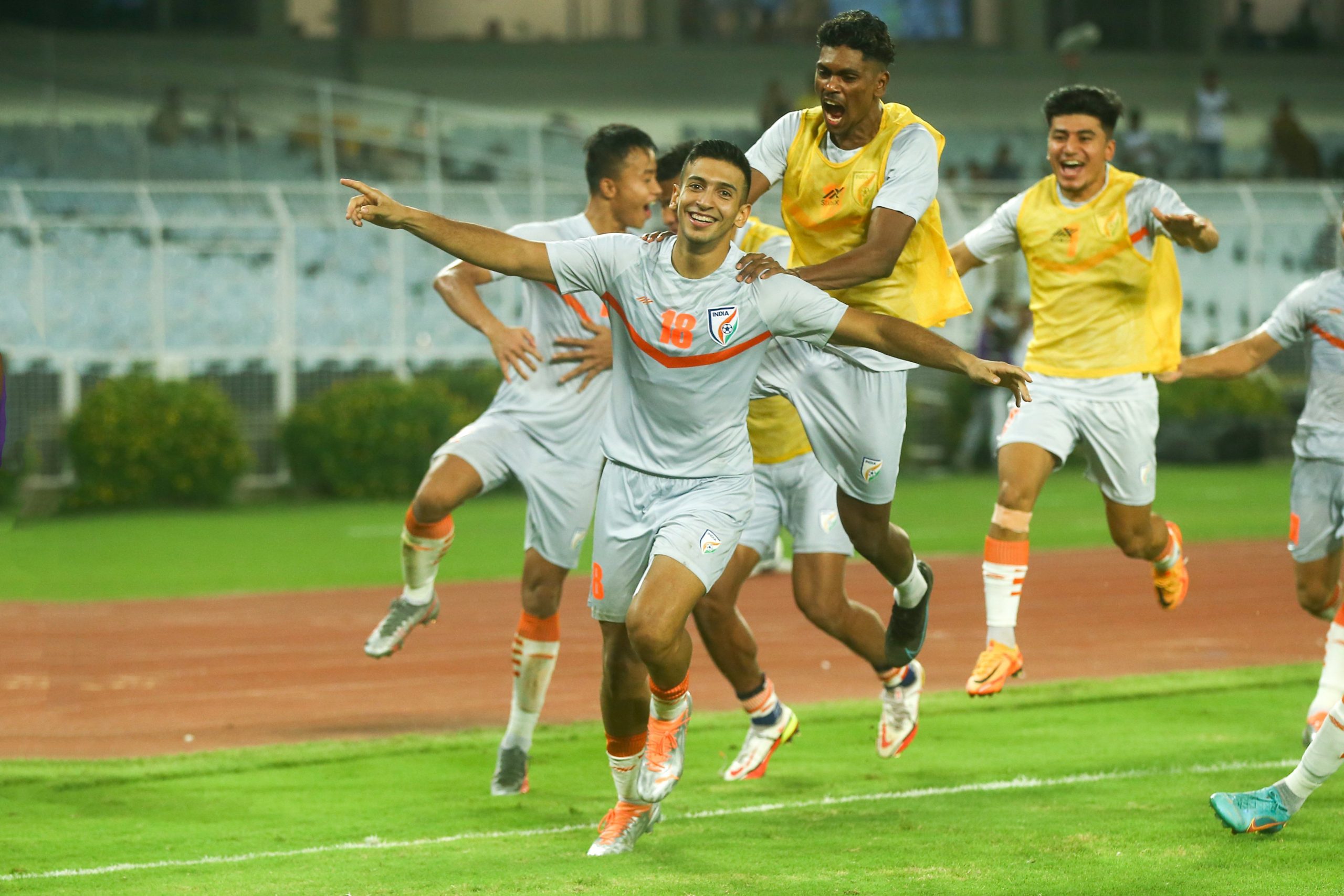 Sahal came off the bench to score during injury time in India’s 2-1 win over the Afghans in a third-round qualifier for the Asian Cup in Kolkata.

Sahal will be an inspiration to Indian Football

“Sahal is a source of pride for the younger generation of Indians. Sahal scored within seconds of entering the field at the most crucial moment. This is an example of a very good reflex action which is the most necessary thing in football. He is sure to rise in a way that will make Indian football proud,” Vijayan said.

Sahal’s goal on Saturday was cheered on by more than 44,000 fans at the iconic Salt Lake Stadium, where India are playing this tournament on home soil for the first time in more than two years. A higher number of spectators are expected in India’s final match against Hong Kong on Tuesday.

Sunil is a Marvel of Indian Football

India opened their Group D campaign with a 2-0 win over Cambodia where Sunil Chhetri scored a brace. Chhetri also scored the first goal against Afghanistan. Vijayan believes the national team skipper still has a lot to contribute despite being 37 years old.

“Sunil is a marvel. He is a personality and a player that all should emulate. His goal in the match against Afghanistan was of excellent quality. All youngsters need to see and learn how easily he handles open chances.”

“I laugh when the media asks about his retirement. With such a level of fitness playing with such sincerity, he still has a lot to gain. As the Indian team coach said, he still has a lot of goals left to score. One of them could be from the World Cup,” said Vijayan.

Chhetri has 83 India goals to his name, only three behind Lionel Messi, and placed third in the list of active international goal scorers. Vijayan, who played for India between 1992 and 2003 scored 29 goals.

Sandesh is commendable at the back

Vijayan was also impressed by defender Sandesh Jhingan’s contribution in marshaling the backline. “The team has done very well in the last two matches. Especially in defense. The performance of Sandesh is commendable. He is performing well after regaining his fitness level. His presence is an asset to the Indian team,” Vijayan concluded.