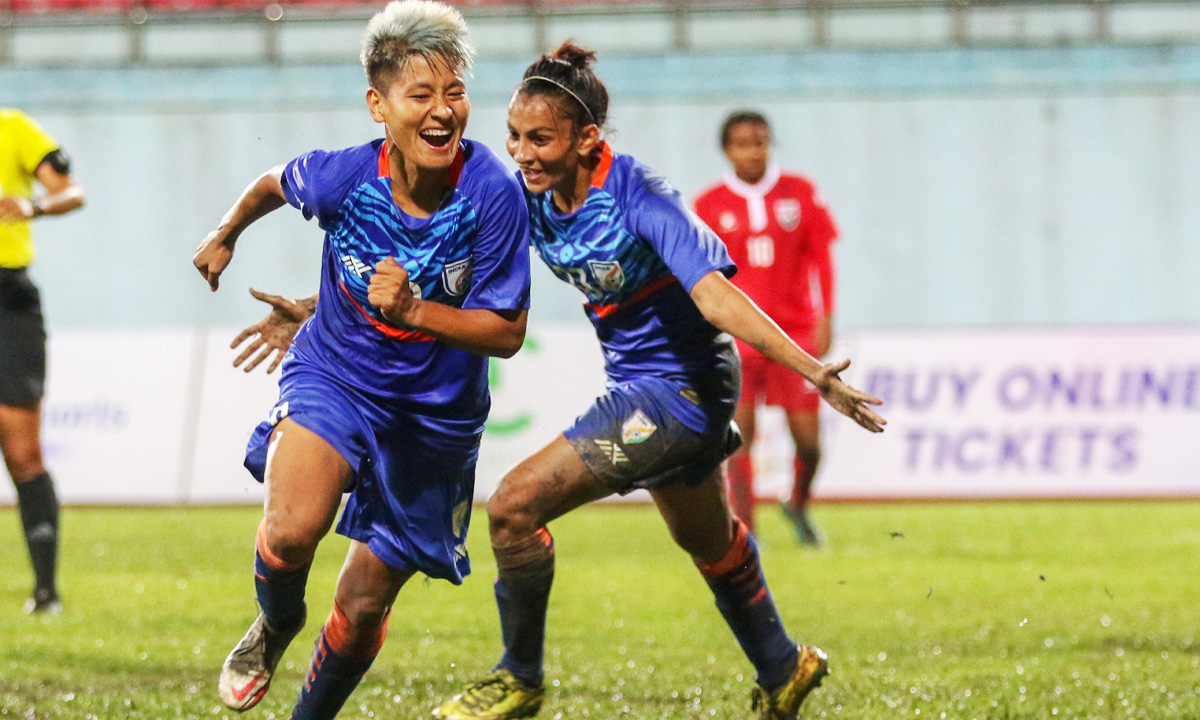 The day after scoring a record four goals against the Maldives, Indian Football team midfielder Anju Tamang admitted that she took inspiration from Robert Lewandowski’s hat-trick in the UEFA Champions League.

“Prior to any game I generally go through football videos of players whom I adore. I need to admit that prior to going to the game against the Maldives, I was watching Robert Lewandowski’s hat-trick in the UEFA Champions League. It inspired me a lot. The moment I scored my first goal, I wanted to go on, and score more,” she said.

However, she was quick to dedicate her feat to the team. “It’s not my record. It is of the team, for the team, and by the team,” she uttered, amidst loud cheers from her teammates. “It surely is an amazing feeling to score four goals in an international match for the first time. I am happier as it paved the victory for my country. But as I said, it’s a team game, and it’s for all of us,” Anju stated.

“We were trying to play good football, and score goals. Against the Maldives, we were able to achieve our aim. Communication on the pitch was the key. We played as a team,” the 26-year-old midfielder maintained. “There was the contribution from everyone – right from the ones on the pitch to the bench to the coach, and all support staff.”

While growing up in Sikkim, Anju played football with the local boys and met her first professional coach at 17. At the age of 19, she progressed to an Academy and played in the inaugural Indian Women’s League for Rising Student Club.

“I started playing when I was 12 years old. I was into athletics and went to play with the boys. All of them encouraged me to play football, and that’s how it all started. My brother-in-law got me the boots, and I never looked back,” she smiled.

Her dream was finally realised in 2017 when she was selected to play for the Indian National Team. It was her goal that helped the team to win the first match against Iran in the Hero Gold Cup.

She has been versatile as initially she played as a forward, and later moved to play as a wing-back, and has now been playing as a midfielder. She was also an integral member of the triumphant SAFF Championship squad, and also the SAG Games gold medal-winning squad. Moreover, she also scored against Nepal in the final of the last edition of the SAFF Women’s Championship in 2019 against Nepal.

“I have learnt a lot being in the senior team. Prior to joining the senior team, I didn’t have any idea about a footballer’s diet. The strength sessions have aided my growth as a player – both physically and mentally,” she informed.