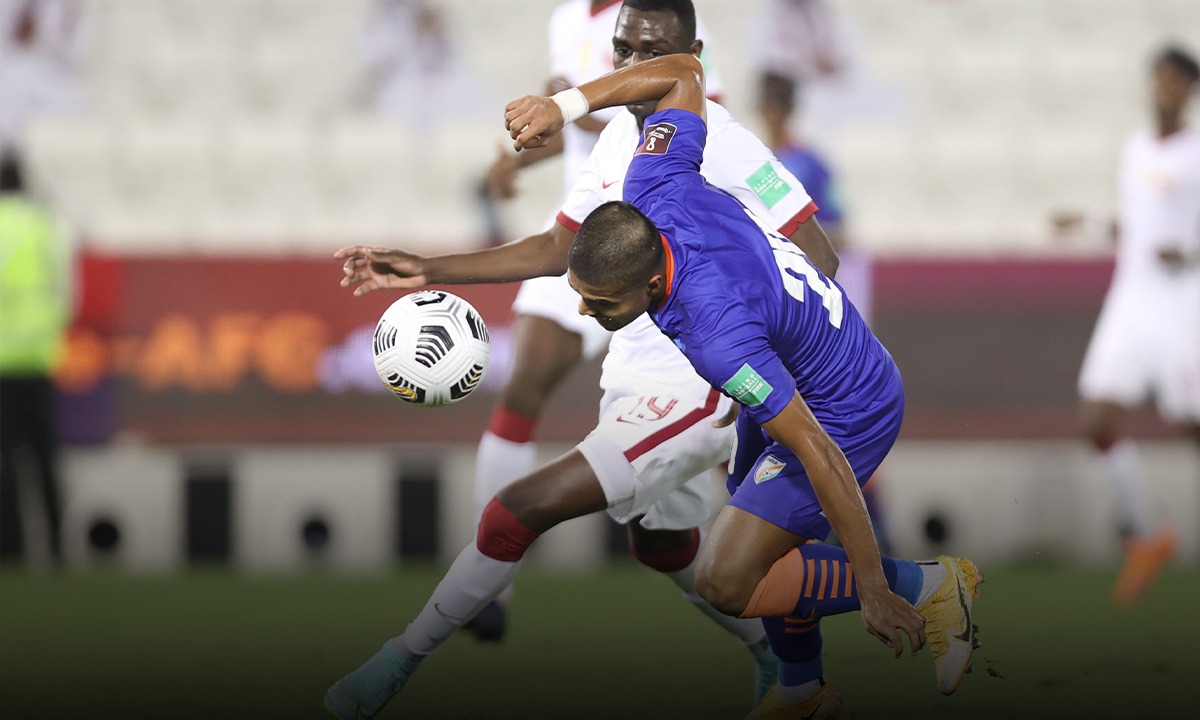 DOHA, 04 June 2021: Beaten? Yes. Broken? No! As the Asian Champions, Qatar scored a solitary goal vs a 10-man India. The Blue Tigers worked their socks off but ended up on the losing side. Yet, they can be proud of the way they performed against the best in Asia in the FIFA World Cup Qualifiers 2022.

Regardless of the scoreline, Gurpreet was at his best, thanks to his elastic pair of feet and hands. He made a total of nine saves, six of them from inside the box and also made three vital clearances. Sandhu finished the match with the highest SofaScore rating of 8.5 amongst the Blue Tigers. And Doha will surely remember him for a long long time.

India were down to 10 men, but it hardly felt so. The Blue Tigers’ backline made 36 clearances and 10 blocks in total across 93 odd minutes vs Qatar. They maintained their shape for majority of the game and played a prominent role in denying Qatar’s majestic attack more than one goal.

There’s no doubt about how solid India were at the back but, Qatar were too poor when it came to the final third. Felix Sanchez’s side recorded 38 shots in total, 10 on target and 18 off target. However, they could only manage a single goal. Qatar, tried their level best to get past the Indians but our boys were in no mood to give away another goal. It seemed they were just launching rockets with no destination in the air.

Sanchez’s men controlled the tempo of the game throughout the 93 minutes and had 75% of ball possession. India showed a few glimpses once in a while but, it was mostly Qatar runnning the show. The Blue Tigers defended with almost 10 men behind the ball at times and relied on counter-attacks.

5. Role of youngsters against the best team in Asia

Igor Stimac handed Glan Martins his national team debut as Rowllin Borges missed out due to a hamstring injury. Martins stepped up on the occasion and gave a pretty decent account of himself at the international stage and alongside him, Suresh, Apuia, Sahal, Liston, Akash too showed how bright the future is for Indian football if things are put into place wisely!

Qatar were definitely the better side on the day but, India were resilient. Time and again, Gurpreet came to the rescue. India will definitely be looking to carry forward the same form in their remaining World Cup Qualifiers against Bangladesh and Afganistan.