India vs Afghanistan: 5 Things to watch out for 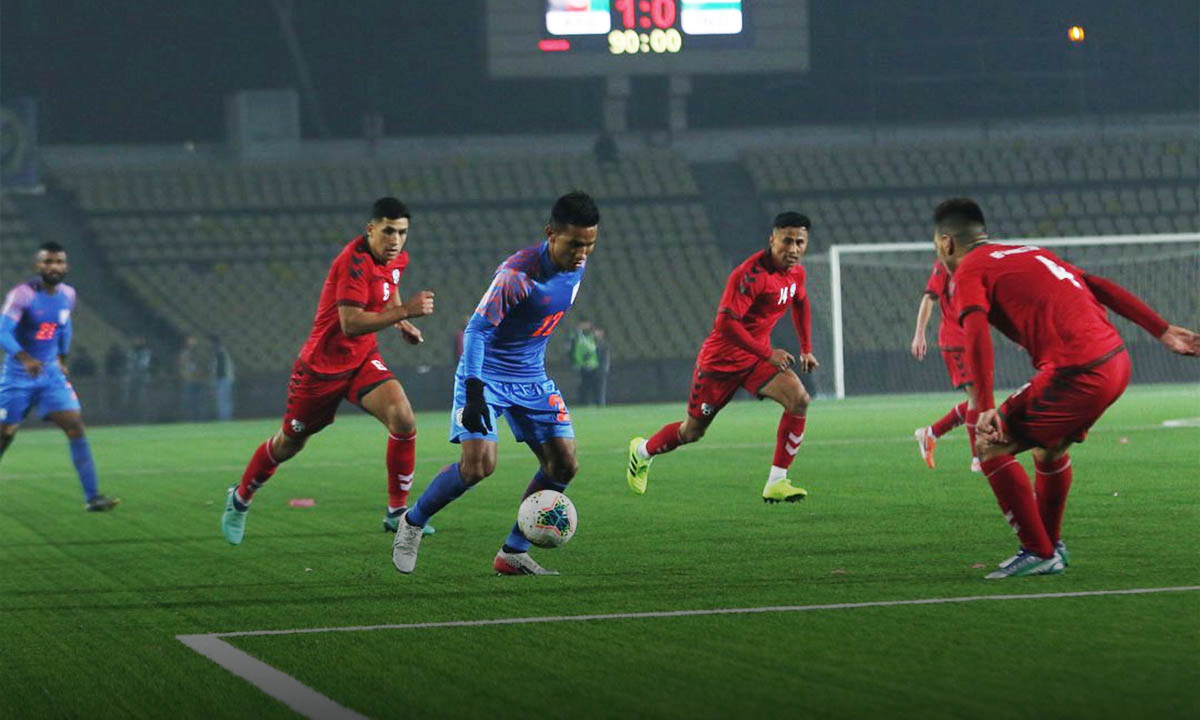 DOHA, 13 June 2021: India takes on Afghanistan in the final match of their FIFA World Cup qualifying campaign on Tuesday. The Blue Tigers would like to follow up their win against Bangladesh with another flawless display. Football Monk comes up with 5 things to watch out for in the match.

Afghanistan is coming into the match on the back of a 2-1 loss to Oman on Friday. This makes India’s task a tad easier as only a draw would suffice to help them into AFC Asian Cup qualifiers. Afghanistan, ranked 149th in the world, would eye for nothing less than a win to secure a similar objective. If they manage a draw, they would be hoping for a Bahrain victory over Hong Kong for direct qualification.

India and Afghanistan have faced each other nine times before Tuesday’s showdown in Doha. India has emerged victorious on six occasions while Afghans could manage a solitary victory, with the other two ending in stalemates. They faced off for the first time in the 1951 Asian Games in New Delhi which India won 3-0 en route to winning gold. Afghanistan’s only victory came in the 2013 SAFF Championship final when they trumped India 2-0. India, though, has defeated the Afghans in two SAFF Championship finals (2011 and 2016). The last time out, India snatched a 90th-minute equalizer courtesy of a Seimenlein Doungel strike in the ongoing WC qualifiers.

Read More: India vs Afghanistan: A brief history of the rivalry

Important aspects to look out for

Key battles in the encounter

This particular clash at the heart of the midfield would surely dictate the flow of the game. Both midfielders are coming on the back of impressive displays in their previous encounters. Popalzay, who plies his trade in the fourth-tier Polish league has an impressive record for Afghanistan, scoring thrice in 18 starts. Brandon, on the other hand, is adept at creating enough chances for the frontline to deal with. He dwells mostly on the left half of the pitch and sometimes centrally, providing threaded passes in between defenders.

Haroon Fakhruddin is a skillful tackler of the ball. Containing the lethal Indian frontline needs teamwork and he would be the one leading the Afghan defense. His experience in Indian football, having played in I-league since 2012, would be crucial. Sunil, on the other hand, will be eager to add to his already remarkable goal-scoring achievements for the Blue Tigers. It will be a treat to watch this mini-war unfold as India would be targeting to get an early upper hand in this crucial encounter.

With the battle lines drawn, it would be an interesting duel to watch, given the context of Asian Cup qualifiers. India would surely fancy their chances to get done with the task, as a draw would suffice. The opening goal would be very crucial in this encounter. If India manages to take the lead, it would become incredibly difficult for the Afghans to stage a comeback.