India vs Afghanistan: 5 things to learn from the match 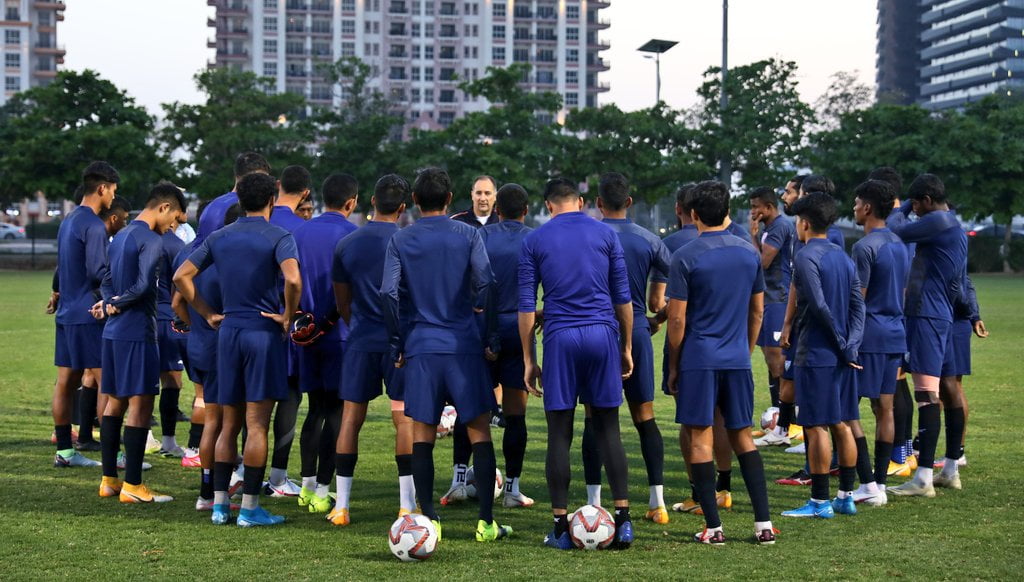 India managed to earn a crucial point against Afghanistan in their last group stage match of 2022 Asian WC Qualifiers. This draw also ensures the Indian team a prestigious spot in the 2023 AFC Asian Cup.

Much was at stake as India took on Afghanistan in an early kick-off in the Jassim Bin Hamad Stadium in Doha. Football Monk takes a look at the 5 things we learned from India’s draw against Afghanistan in this deciding tie of WC Qualifiers.

#5 The flexibility of Indian midfield

In this entire campaign in Doha, India played three very different opponents. And impressively, Igor Stimac’s boys came up with a different approach in each of these games. This flexibility of playing style is the manifesto of harmony among the Indian squad. Tonight, India came up with a much attacking 4-3-3 in the starting line-up. India dominated much possession in the opponent’s half with Brandon and Suresh playing key roles in ball progression.

#4 The solidarity of Afghani Defenders

Under the head coach Anoush Dastgir, Afghanistan’s team looked solid in their half. Although India managed to pass the ball frequently in their half, Indian attackers rarely got any opportunity to express their prowess

In the attacking third. India managed to earn a total of nine corners in the whole game, compared to only one from Afghanistan. But India couldn’t capitalize on any of those 9 opportunities or the other crosses played in by Ashique Kuruniyan and Brendon Fernandes. It shows how solid they were in the defensive third. And perhaps they could have sustained the pressure like that for the whole match, if not for a careless ball handling from their goalkeeper Ovyes Azizi. Who led to the only goal for India in the match.

#3 Lack of finesse from Indian attackers

Though India started with a front three and two attacking midfielders in the starting lineup. They were rarely able to construct any threat in the attacking third. Most of the chances were created from Brandon’s defense-splitting through passes. Although, Chhetri managed to take one or two early shoots. But that hardly made any impact. Manvir Singh started as a right winger, but he also tended to get closer to the penalty box and play as an inverted winger. Which on the other hand narrowed down India’s attacking threat from the right-wing. And Manvir often found himself in an awkward position, away from where he needed to be.

Afghanistan didn’t consider long balls as an attacking option tonight. This might be the case because of the physical nature of the two central backs of Indian team (Sandesh Jhingan and Chinglensana Singh). All of their transitions were built through the middle of the pitch, mostly by Gokulam FC’s midfielder Sharif Mukhammad. In fact, the first diagonal long ball played by Afghanistani players near Indian’s penalty box came in the 82nd minute of the match. Interestingly, that attack led to the goal when Hossein Zamani got the ball on top of the six yards box and finished it with much precision.

India went to Doha with a balanced squad with the right mixture of some much-experienced lads and some emerging youngsters. Apart from the squad, it was much anticipated how India’s formation would look like. And after these three matches with three completely different approaches, it is safe to say that this Indian team is capable of adapting to difficult circumstances. Igor Stimac has made various changes in his time in India, and will surely continue to do so in the future. But what’s eminent, is that he values ball-playing midfielders and attackers. Creative lads like Brandon and Ashique enjoy much freedom to showcase their creativity. And that indicates a bright future for the next generations of Indian football.